Meeting Women And The Sinister Truth of What Holds You Back

I’m going to reveal a sinister truth to you… that there is a carefully planned, highly organized, million man army working around the clock to keep you hooked, addicted, socially isolated, and alone at home – without any girls in your life.

Their sole job is to keep you addicted like a grasping child, and for you to love your own slavery.

It’s not even “amogs”, “bitch shields” or your own approach anxiety that’s holding your back, compared to this.

I know what you’re thinking… “Jesse, what in hell are you talking about??” Let me explain.

There is an ongoing, never-ending, all encompassing, highly organized campaign by giant media companies to hook you in and addict you to television, movies, the internet, and games… and suck up all of your time so you have none left for women.

Thousands of media marketers, commercial artists, and fantasy engineers, backed by truly massive companies, are paid millions of dollars to keep you at home with your eyes glued to a screen.

It’s a fact that companies are driven by profit.  If they don’t make money, they go out of business to their competitors- competitors that will do whatever it takes to keep the moola rolling in.

And these companies only make money when you purchase something, when you make a market transaction.

To a media company, there is no profit to be made when you step out of the house to meet girls or to socially interact with people.  Media companies would rather have you sit at home watching television so that they can sell more advertisements. 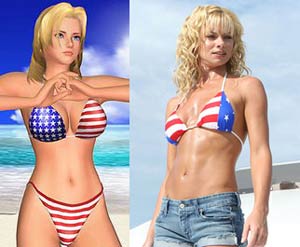 Likewise, the market drives mainstream “dating advice” to revolve around market transactions as well like purchasing the girl flowers, buying movie tickets, buying her a Hallmark card, taking her out to dinner, driving a hot new car to attract women, buying an expensive ring, or drinking the right beer – all require money exchange on the market.

Yes, it is true that the market gives us “what we want”- fast cars, big screen televisions, lightning fast internet, videogames needing triple-core 3 GHz processors to play, and virtual second-lives in cyberspace.

But the market pays little attention to what we want at our CORE… girls in our lives, quality relationships with women, a real social life, competent social skills, and recognition and accomplishment from women and our friends.

Here’s the sinister truth- the media companies are NOT interested in you making a one time purchase.

They want you permanently ADDICTED so that they can sell your brain a mental fantasy feed around the clock. 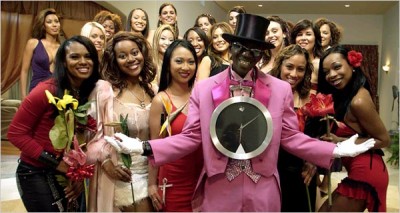 The goal of companies is to have you alone in your room, as a happy and willing slave to their entertainment drugs – and paying.  Girls be damned.

For instance, videogames are designed to keep you immersed in their escapist world for your every waking moment. Just look at the trend in Massive Multiplayer Online Worlds where a greater percentage of young guys are spending all their social time.

And television isn’t designed for you to kill 30 minutes or so, programming is now designed to keep you watching for HOURS at a time. 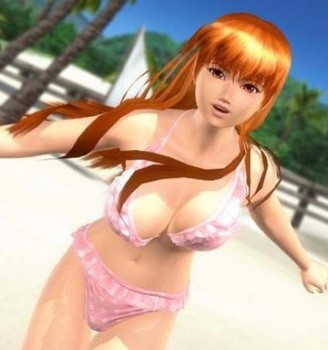 Media entertainment is not considered a pathology leading to isolation and depression, but an ideal utopia calling for reinforcement.

Media entertainment is not considered a form of slavery, but a fulfillment of “needs satisfaction.”

Of course, we are carefully bred since the time we’re born to accept our ruling reality as “normal” life.  So most of us don’t even realize the extent to which we’ve been programmed, to how much time we waste rather than using it to meet women and build relationships.

Most of us don’t realize that all-access, all-the-time entertainment transforms us from mature men into grasping children who are utterly incompetent with women.

We don’t realize because of the totalizing impact of the system we live under.  It’s like the Matrix in that it so profoundly shapes our every day experience that we’re not even aware that something could be terribly and horribly wrong with society.

After all, the media addiction market is ubiquitous (it is everywhere), it is omnipresent (it is all the time and aspires to fill up all time), and it is omnilegitimate (it engages in active self-rationalization and self-justification, eroding the moral basis for resisting it).

So what the hell does one DO about it?

If you’re out to master the art of women and seduction, if you want to take back your life from escapism and distraction and live a life of true sexual abundance, it’s not enough to make a passive effort to turn off the television.

You have to become an active REBEL against it.

Yes, disconnect cable from your television!

Yes, only install internet access on a secondary, second-hand computer for when you really need it!

And yes, throw that television out of the bedroom!

And then, with all of your media distractions and outlets for escapism GONE, you’ll find yourself with definite moments of BOREDOM, and maybe even depression.

But boredom soon transforms into frustration, and with nothing to do at home and the kick-in-the-pants that frustration brings, you’ll soon be out of the house and actively building a vibrant social life with women.

After all, you want to build a REAL life that exists in the real, red-blooded SOCIAL REALM and not a “life” that exists only as a series of market transactions in a virtual entertainment escapism – a fake life designed by a massive army of engineers and marketers to keep you isolated, alone, hooked, addicted… and paying.

I want to make one clarification, however.

Entertainment and escapism isn’t bad in itself.  It can be used in bringing people together in real, social interactions.

For instance, multiplayer Wii Sports can be a fun way to get together with girls and socially connect.

Phone text messaging can be used in sending back-and-forth conversational quips in a seduction.

And going out to a movie with a girl can prove to be a great relationship experience.

These are all examples of using these technologies to your advantage, rather than allowing them to control and fill up your life into a mire of escapist slavery and addiction.

But now is the time to stand up and openly disavow against the all-encompassing media Matrix keeping us chained down in a mental feed addiction and social isolation.

Breaking the chains is not necessary – once you’re aware of the Matrix, all that is necessary is to simply see the chains in your hands and LET THEM GO!

Dating Is Worse for Men Now?? (+ How to Clean Up Girls) 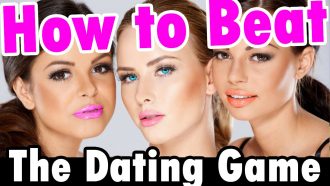 Shortcut to Date Any Girl | How to Cheat the Dating Game