What Kevin Federline Taught Me About Seduceing Girls And Celebrities

Kevin Federline has something to teach us all about hypnotizing girls.

The question is, why did Britney Spears’ fling with Kevin turn into a full blown relationship, and then a marriage, and then two kids, when anyone else could see the flaming train wreck from 100 miles away?

Why do girls stay with the wrong guys, almost like they’re hypnotized?

Let’s take a look at how women have been programmed by nature, through millions of years of selective evolutionary pressure. 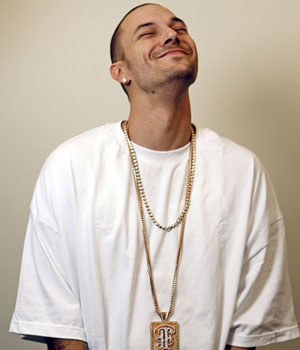 Go back in time a few hundred years before modern capitalism, before birth control, and before mass production.

In this past world, most women never roamed farther than ten miles from their birthplace, sleeping with a man usually meant pregnancy, and having a baby without a man to work the farm or go hunting could literally create a life or death situation.

And in this past world, when a young woman sleeps with a man, like a Kevin Federline, even if it starts off as just a casual fling, there’s a high likelihood that she’ll become pregnant.

If she becomes pregnant and the man leaves her, she’ll be stuck with a baby to support in a harsh world, where most people lived on the equivalent of less than a dollar a day. 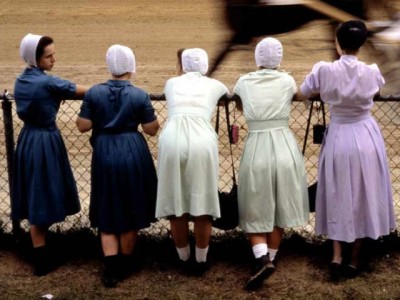 Without the help of a father, the woman’s babies would probably perish, and her genes wouldn’t pass on.

Thus over time, selective evolutionary pressure designed powerful mechanisms to make sure that a woman became FIERCELY attached to the guy who screwed her, even if, at first, she didn’t initially feel a particular attachment to the guy.

For instance, when a woman sleeps with a man and is touched by him, powerful hormones are released into her body, specifically oxytocin. The hormone oxytocin is released in great quantities, and this hormone causes her to feel deep attachment to the man doing the touching.

While casual touching releases oxytocin in women, even greater amounts of the hormone are released when a woman’s breasts and genitals are touched.

The effect of touch and lovemaking – and the related oxytocin – can, in effect, ‘brainwash’ a woman very quickly, even after just three or four lovemaking sessions.

On the surface, it looks like hypnotizing girls. Many call this “love”.

Scientifically, we call this PAIR BONDING.

The effect is so powerful that women will become ferociously attached to a man who has slept with her only a few times.

Even in relationships that are obvious train wrecks waiting to happen (like Britney and Kevin), the girl is basically drugged by her body’s own chemicals more powerful than heroin, into thinking a dysfunctional guy with nothing going for him is actually the man of her dreams.

In past times, if Britney found herself in a relationship with a Kevin type, her small family tribe of twenty to a hundred people would force Kevin to shape up through social pressure.

In this light, Britney Spears’ behavior doesn’t seem so bizarre or idiotic. She’s following a program to fiercely pair bond, a program built inside her mind that was designed for a hunting and gathering band of twenty to a hundred people. In this context, her actions are perfectly logical. 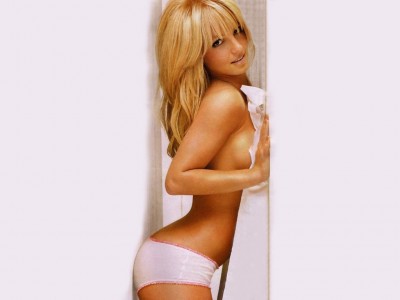 However, as a multi-million dollar pop princess living in modern society, Britney’s programming is woefully out of date.

In today’s society, it makes far more sense for women to sleep around using contraceptive protection – as there’s little chance of pregnancy – dating many men, delaying the act of pair bonding, and comparing the full market of options – much in the same way as men do.

Of course, virtually no woman would do that – their evolutionary programming simply won’t allow for it.

You, however, can exploit this horribly out-of-date, quirky, universal behavior of all women, in the same way Kevin Federline did with Britney and men do hypnotizing girls.

He only needed to sleep with Britney two, three, or four times, and once he did that, he effectively had her, no matter how obviously bad a choice he was to anyone else looking in at their relationship.

That’s why you see so many quality girls in bad relationships with abusive boyfriends, and yet they don’t leave them.

You see, once you sleep with a girl, whether it’s better or worse for her, she’ll quickly pair bond with you.

The very hill you had to climb to get her to sleep with you is now working in YOUR favor. Now she’ll actually prefer sleeping with you over the young George Clooney next door.

I’m not saying you should abuse this “loophole” in a woman’s programming. But you should be AWARE of how the female mind works so that you can better your relationships and better achieve your goals, whether that means having multiple girlfriends or having a steady, monogamous relationship with one woman.

It also means cutting girls like Britney a little slack and not looking down on them for how they are, anymore than we want girls laughing at us for being nervous when we first approach a woman… an equally outdated evolutionary program on our end! 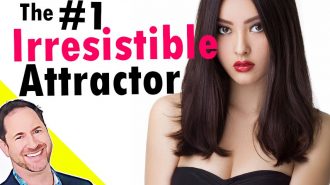