I enjoyed your latest program and it worked so well I actually found myself in a very awkward situation.

I stayed in Raleigh for a week and was with a family where I hooked up with the mom.

The family is friends with my parents, so it’s created an awkward situation and I need some advice. First, here’s my “field report”:

I had a crush on the mom before, but was obviously way too chicken-shit to do anything about it.  It’s because some years back we did a barbecue and she had massive cleavage going on, but since then it’s always been covered.  Which drives me even crazier thinking about it.

This time I was staying at their house and hitting her with your nonverbal game.  She never noticed me before, but now I’m getting IOIs from her.  Like smiling and she was holding eye contact with me, but actually holding it.

Also, when I helped her cut veggies for the dinner I “accidentally” brushed up on her numerous times.

The next night she came into my room wearing just a nightie to check on me.  Tight.  “Wow, you look fantastic,” I told her.  I took her by the wrist, and (tried) to pull her toward me.

She got all embarrassed… and left the room.  “Fuck, fuck, fuck,” I was thinking.  And Jesse, I was embarrassed too.  But that night I dreamed about fucking her all night long.

The next day though she was back to normal affectionate though, and giving me heavy IOIs, eye contact, touching me casually but more than would be normal.  I think she liked it that I grabbed her.  I still felt guilty about it, but if she did too, she didn’t show it.

She invited me to help prepare the dinner before than “man of the house” got home.  He’s a nice guy, funny, but a dweeb.  He definitely has no clue about game or the power of this.

So we were preparing dinner together, and I went hard on the nonverbal trigger game.  We were laughing and “brushing” against each other.  I was scared to death inside about making another move, so what I did next had my adrenaline going.

I did your sexual intent bit. “You’re dangerous for me,” I said to her.  I touched her bare arm and traced it along her shoulder, and then to her breast and circled her nipple.  “You’re a temptation.”

She kind of just stood there looking at me.  I think she was speechless 🙂

I took her hips and guided her back to the kitchen counter, facing each other.  Eye contact.  Killer stuff Jesse.  Then I moved my hands up her body from her hips and squeezed the undersides of her breasts.  “You’re dangerous for me, you’re a temptation,” I said again.

And she left the kitchen!!!  FUCK!

Dinner was really awkward.  She didn’t look at me with her husband two kids right there! And the conversation felt stiff.  I’m telling you Jesse, I felt really fucked up inside.  But with pent up energy too.

I think too because my game is very rough still, I was making progress but also making things weird.  And also thinking I was maybe the most amoral prick on the planet.

The next day came, I thought it was over, but she asked me to go shopping groceries with her.  At the store she was a standoffish at first like nothing happened, but I got her smiling and laughing and I kept running the nonverbal game on her.

When we got back to the house, she began showing me some picture albums.  I took this as an IOI.  I felt like it was “on” again but I was nervous as fuck because I wanted to make a move, but I didn’t want to freak her out again either.

I just asked her, “Are you a good kisser,” and she said “Yes,” and from there we made out!!

After a while I pushed her back against the couch and started squeezing her big tit through her shirt.  I was nervous as all fuck.

From there we did it.  I didn’t have a condom, so licked her out and she sucked me until I blew my load.

The next day was Saturday, my last day, and I couldn’t get her alone and nothing happened between us.

Here’s the fucked up thing.  The trip is over now and I’m back home.  She’s emailed me asking how I am.  I want to fuck her proper this time, but the logistics are bad now and I feel guilty about it.  Maybe I should just forget her, move on, and use your stuff to find a real girlfriend now?

Thanks Jesse, this can be used for great evil in the wrong hands ;).

I can’t say that I can condone Jake’s behavior, and it’s not a good idea to “shit where you sleep.”

That said, Nonverbal Sexual Mind Control has a lot of power techniques to fire off hard attraction feelings in women. It’s for meeting girls everywhere, and not Mom’s though the program doesn’t discriminate. Who you go for is up to you.  You can click THIS link here to grab a copy right now.

So should Jake follow his desires and give this woman a thrill ride, or simply let it go?  Let me know what you think below, leave a comment. 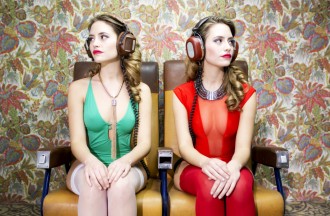 How I nailed two Sisters right under their Mom’s nose…

Seductive Touching On A Girl – How It’s Done 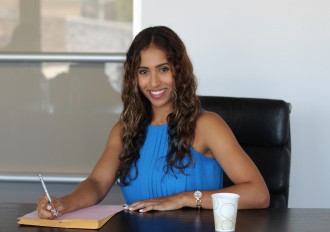 Field Report: Number Ten in the Face, Slim in the Waist, Fat in the Ass, Do you want a Taste??