My Guide To The Girls In Rio de Janeiro, Brazil – How Hot Are They Really?

Are the Brazilian women in Rio de Janeiro really all that hot?  After all, there’s a lot of hype surrounding Rio that the most beautiful women in the world live there and it’s crawling with amazonian-bodied babes.

Well, I vacationed in Rio de Janeiro for three weeks, and here’s some tips on how to meet women there and what they’re REALLY like. 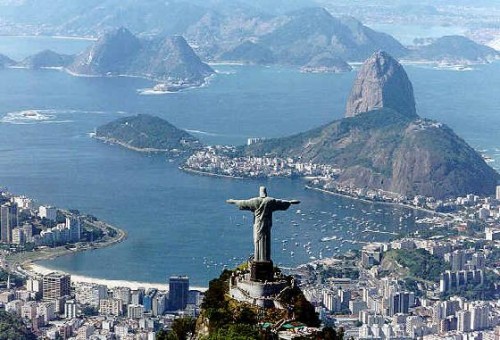 First of all, Rio is somewhat overrated.  You’ll often find “Top 10 Cities” lists that include Rio has having the most beautiful women.  But it’s definitely NOT the case.

Having travelled through much of the U.S., Europe, and South and Central America, the women of Rio are not very attractive in comparison.  I wish I could say otherwise, but it’s true.

90% of the people in Rio live in relative poverty.  The women don’t have the money to hit the gym, eat right, or dress particularly well.  Your average woman has a bit of pot belly, bad posture, and is out of shape with rough hands and skin. 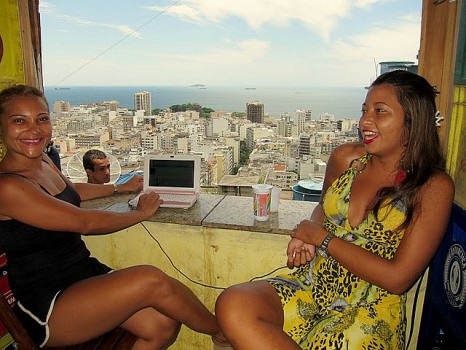 The most attractive women will be on the beach in the wealthier neighborhood of Leblon, or over the mountain pass in the wealthy “Barra de Tijuca” which looks a lot like a neighborhood in Miami Beach with wide roads. 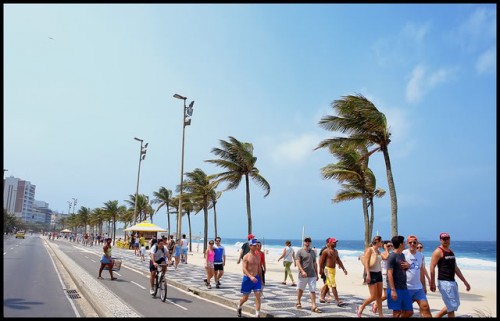 Even considering those top two neighborhoods, I’ve seen more beautiful women in other countries, although it comes down to a matter of personal tastes, of course.

Now, if you want to meet girls on the beach, just being a Gringo will not get you laid.  It can actually hurt you.

If you don’t speak decent Portuguese, the girl on the beach (or night club) you approach will assume you’re there trolling for hookers and snub you.

So speaking decent Portuguese is essential!  Without it, you are SUNK and don’t even bother. (But if you have the discipline to do the 90 lessons of Brazilian Pimsleur and you’ll be okay)

It will also help if you’re physically fit on the beach.  The upper class Brazilian men take pride in looking lean and muscular, and if you’ve got a big hairy pot belly or a flabby white pasty dough-boy body, you’re not exactly going to impress anyone. 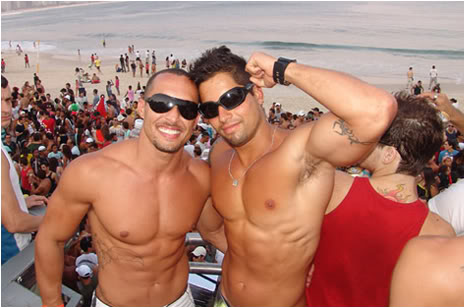 And yes, there are actually a fair amount of upper class guys who are built like this in the pic.  You’re competing with them, so you need both Portuguese, some balls, and game.

But you don’t need to be hard-bodied to get the hot-bodied girls. That’s why I created Girlfriend Express, so that you can pickup ladies off the beach without needing to look like a fitness model.  Girlfriend Express  shows you exactly how to create hard attraction to get the girls chasing YOU down instead!

You can also go to the poorer neighborhoods where you may pay only a few dollars, but you run into some problems here.  First, the quality of the women drops off.  In additional, Rio is a somewhat petty crime-ridden city and safety is a factor.  I explored some of the clubs outside the upscale neighborhoods and determined it wasn’t worth the effort for meeting quality women.

And while women are certainly more sexually open and liberal than in say, Colombia or Peru, much of the reputation for debauchery actually comes from the prostitutes and brothels catering to wealthy Brazilian business men and Western tourists.

But the actual REAL girls are no more likely to jump into bed right away than your typical European girl.  And like I said before, you need balls to approach, some real game, and a good handle on Portuguese to make that  happen.

I’m sorry to burst the fantasy P.R. bubble of Rio, but it had to be done.  Now the Rio de Janeiro P.R. police are going to come after me… but that place is so hyped to drum up tourism it’s ridiculous.

Try Florianopolis in Brazil instead.  It’s much safer, with nicer towns and beaches, and more beautiful women.