Fantasy rape and ravishment is a very common sexual fantasy with women.

About one in two women, half of all women, openly report to having fantasies about heavily forced sex and about one in three women report having imagined, “I’m a slave who must obey a man’s every wish.”

Over 10% of women report that being forced to have sex is their favorite sexual fantasy.

The rape fantasy does vary on the spectrum from being violently raped by a powerful stranger who treats her with utter indifference on the one end, to being taken by a familiar or past lover who is so in lust with her that he just can’t hold himself back and he ravishes her.

Women who fantasize the victim role imagine being forced into sexual situations against their will.  They’re sexually excited at the idea of being completely controlled and dominated.

Remember though, that just because a woman has fantasies about being raped, it doesn’t mean she literally wants to be raped in real life.

The rape fantasy reflects the desire, not to be raped, but to be irresistibly attractive, so attractive that the man can’t resist, and to be passive, to avoid any responsibly for the sex.  Being raped in fantasy is a convenient way of getting past the big NO to sex that had been imprinted on a woman’s mind since early childhood.

In a rape fantasy, a woman can freely enjoy sexual pleasure without feeling guilty or inhibited.  Because she is “done to” by the rapist or insatiable man, she doesn’t have to feel any shame about being wantonly sexually responsive, about being a slut who really enjoys it.  That he ravishes her so deeply the whore deep down comes out and she can have no-holds barred dirty passionate sex.  Forced sex takes all the responsibility off her shoulders.

In the ravished role, the man in her fantasy is so insatiable for her, so in lust for her, that he can’t resist, and once he has her, he can’t get enough of her.  In almost a savage lust he sweeps her off her feet, carries her off to the bed, and ravages and has his way with her.

It’s an affair of pure pleasure, an exciting brush with danger.  It remains an abiding female fantasy to meet a man who gives totally of himself, who lives for her, even if only for a single night of passion.

In the ravished role, the fantasy is more of a “friendly rape”.  Usually it’s with a man she already knows or even loves, with a connection that feels special, even spiritual.  Rather than violent forced sex, it’s really more akin to forceful, passionate lovemaking.

The following are real women’s rape and ravishment fantasies from the Nancy Friday book series.

“I have been taken captive by pirates on this ship.  The ship is the old kind with huge billowing sails and wood-plank floors that smell of wet cedar.  The pirates are all old and nasty looking with ragged clothes and a couple of days’ growth of beard.  They smell of musky sweat and whisky.

There’s a big storm brewing, and the ship is starting to creak and rock from the wind and the waves.  I’m tied up on the dock against one of the poles by my hands, and my legs are left free.  I have a long blue dress on, with a very low bustline, and my tits are just about to fall out.  My skirt has been ripped up to my waist, and my petticoats have been carelessly discarded to the side of me in a heap.

The dirty old pirates have formed a circle around me and the pole.  Their eyes are gleaming, and they crudely lick their lips as they decide who’s going to have the privilege of going first.  They finally decide, and the pirate who’s first is kind of fat and drooling with anticipation.  He gets on his knees and crawls toward me.  Slowly, he pulls my skirt to one side and starts sniffing up my thighs to my muff.  His wet tongue slowly licks my outer lips.  I can clearly hear him whiffing my erotic pussy fragrance.  Then he slides his tongue into the fold of my lips, just licking ever so slowly.  This takes my breath away.  Then he darts his tongue into my pussy hole.  I’m wondering how a maiden like me could possibly respond to such a thing!

All of a sudden he changes his mouth to where he has my long inner lips in his mouth and is sucking them and my twitching clit with a steady, tugging rhythm.  Every now and then he’ll flick back to my hole.  By this time in my fantasy, and sometimes actually, I’ve already had an orgasm.”

“I awaken in a strange and lavish room where a Hispanic or black man sits across the room in an unbuttoned shirt, with a drink in his hand and a cigarette hanging carelessly from his lips.  I realize I am on a bed in a red gown.  I see that he is an infamous and powerful drug lord.  Drowsily, I ask, “Why am I here?”  He answers, “You’re mine now.  When I see something I want, I just take it.”

As he strides casually toward me, cigarette in mouth, drink in hand, I spit in his face and call him a bastard or son of a bitch.  He laughs confidently, setting aside his drink and cigarette.  He grabs the front of my gown and pulls me to my feet, kissing me fervently.  I struggle, but his effortless embrace holds me.  He throws me to the bed and undresses himself.  He pins my arms to the bed, still kissing, nibbling my face and neck.  I whimper, and he chuckles.  “I am going to teach you, because I know you want this.”  He inserts his fingers into my cunt and then his tongue.  My ability to struggle wanes.  Then he fucks me slowly, as though with calculation.”

“All of my fantasies are about a contest of wills, where I am accustomed to winning but lose to this one man.  He is always powerful, strong, and arrogant.  So am I, but not quite as strong as he.  I am seduced or forced, but I always want him, though I feign disgust, hatred, or indifference.  A lot are “Taming of the Shrew” fantasies, where I am such a wild-tempered bitch that some guy decides to do the impossible: conquer me, make me submit to him.”

“He forcibly pushes me against the wall and pins my arms above my head with one hand while the other hand makes its way under my skirt and fondles my vagina.  The man rips off my clothes, forces open my legs, penetrates me, and concurrently smears my lipstick all over my face with his forceful kiss.”

Being raped or ravished is the fantasy that all women have but are too embarrassed to admit to.  That’s why she’ll jump for joy when you pull this one through for her.

To do a ravishment be extremely commanding.

Don’t ask her what she likes.

Don’t ask her what she wants.

Just tell her what you want and don’t use a lot of words to do it.  Actions speak louder than words.

Fuck her hard like you just got out of prison and she’s the first girl you’ve seen.  Ravish her from the depths of your core.  Lead strongly and command her in the direction you want to go.

It’s key for you to get into the right state of mind.  For a woman to feel ravished, you need to be in the mental state of a ravisher.  Imagine this woman is your illicit mistress and you’re going to devour her body.  Image you’ve never been attracted to someone so physically and you will fuck her from the very depths of your being with intense and uninhibited lust.

Grab her by the waist and start making out with her.  Lift her arms over her head.  Push her up against the well.  Lift her up and throw her on a piece of furniture.

Lick her face.  Kiss her all over and hungrily grope her tits.  Start off like you’re holding back your desire, like there’s a flood gate about to explode.  Tell her, “I want to fuck you so bad.  I can barely contain myself.”

Rip off her clothes and handle her body roughly with your hands.  Treat her like a piece of meat, like her sole purpose is to get you off.

Don’t be afraid to get a little messy and leave sweat and drool all over her body.  Start talking sexy to her in every manner as you devour her body.

If you catch her off guard, she may not be in the mood, but if your passion is strong enough, it can put her into the mood.  As the ravisher it’s your job to be relentless, to not give up, to punch through the wall until the woman submits and surrenders to your passions.

How To Sleep With Leggy Pin Up Girls 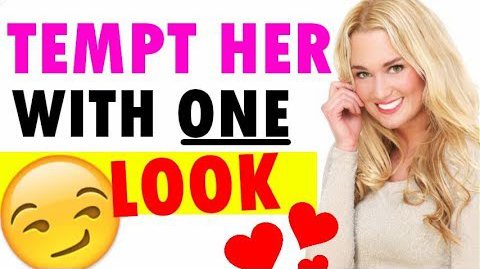 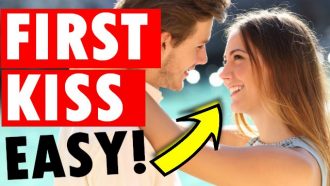