Have trouble “knowing what to say” to a pretty girl?

Well here’s a quick, AWESOME exercise to help get your mouth moving, unstifle yourself so that you feel vocally social, and so that you can run your mouth for 30 minutes NON STOP without that “running out of things to say”.

Why We Can’t Think Of What To Say

When you’ve worked all day or doing some activity alone, and our mouth hasn’t been moving, and you haven’t been talking to anyone, you’re kind of in your own world. 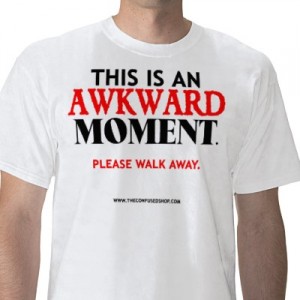 As a result, we’re vocally out of practice, our mouths have a resistance to speaking, and we don’t feel like being social.

So it’s like momentum is against us; our mouths and speaking brain are just slow.

In addition, when you see a pretty girl you feel a need to “impress her” which further shuts your brain down.  Essentially, you feel like “you’re not enough” and your brain goes crazy thinking of “the right thing to say” in order “to impress her”. 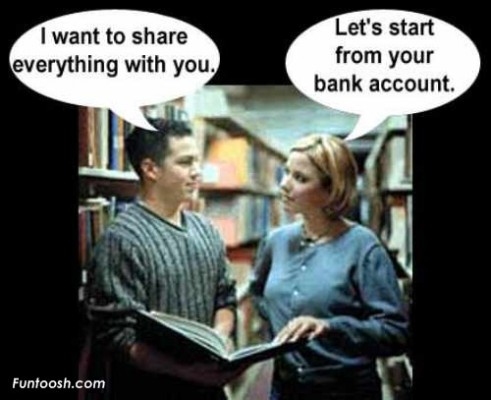 Come from an “I want to impress her” frame, and she’ll detect that you see yourself as lower value than she is.

At that point you just sound like a retard or you shut down.

A Great Exercise To Help You Out

So what you want to learn how to do is to loosen up your mouth.  Get your mouth moving. 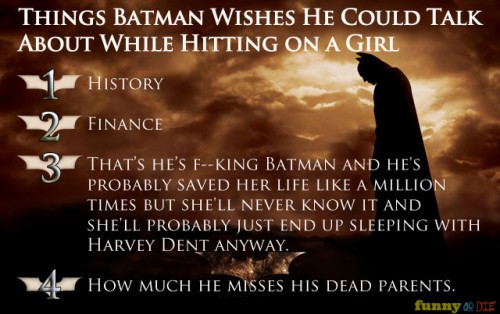 Remember that your emotions follow your physical motions.  So it’s important to start moving your mouth with some pre-game exercises just to get into that social mood or state, to make you feel talkative and positive and feel that drive.

This is a RIFFING exercise, where you practice how to speak endlessly from any topic, out of thin air.  Practicing to dumb down what you say and just be random and nonsensical to get the girl reacting to YOU.

Riffing off of any topics is also about TRUSTING in your own actions. Because a cool guy will say whatever he wants and he’ll know it’s cool.

A cool guy lets go of all game.

He lowers his standards and dumbs down what he says because he’s not trying to impress the girl, he’s just amusing himself. 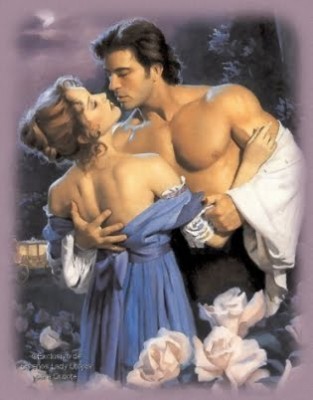 Guys mistakenly believe they have to be “Mr Smooth” to attract a girl.  NOT so!  What matters is that you ACT as if what you’re saying is the shit, and girls will believe it’s the shit from your sub-communication.

A cool guy TRUSTS that everything that comes out of his mouth, whatever topic he’s riffing off of, is cool because it’s coming from HIM…

JUST like you’d listen to whatever a hot girl had to say just because the girl was hot and you’re interested in her. 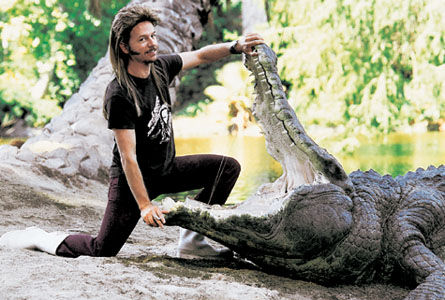 Even if you’re Joe Dirt talking about gators, if YOU are passionate about the subject, you’ll draw girls into your passionate emotions and THAT is what attracts them.

So this rifiing exercise you can do at home throughout the day, OR you can do for 10 minutes before going out just to loosen up and get talkative and to TRUST in your own actions.

And once you get used to riffing constantly, the “what do I say” issue really just solves itself because you can go on and on about anything.

This exercise is called the ‘Free Association Riffing Exercise’. 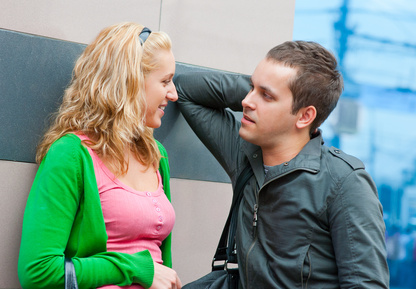 First you start by speaking a sentence, any sentence.

And then to begin the next sentence, you pluck a word out of the first previous sentence and riff off into another topic related to the work you picked out.  And on and on, off of each sentence.

In other words, the topic of each new sentence is spawned by plucking a word from the previous sentence you just spoke.

So in effect, what happens is, each sentence in your monologue is about a completely different topic, spawned again from a word in the previous sentence.

So for example free association sounds something like this:

“Yeah girl, I really like to watch that television show Heroes on Netflix when I get a chance.

Because I mean, what makes a Hero nowadays , it’s not being a superhero in a cape but just being a cool person that makes other people happy… that’s what constitutes a hero to me.

Speaking of capes, have you ever been to Cape Canaveral and watched the space shuttle take off?  I haven’t seen it yet, but that’s definitely something I want to do soon just because of the fear if that thing explodes and the triumph when it shoots from the horizon all the way into the stars.

And you know for stars, Star Magazine, what’s going on with Brangelina… are they staying together, are they breaking apart, what’s the dillio with these two and what’s Angelina’s problem because it’s clearly her fault she’s driving brad crazy… 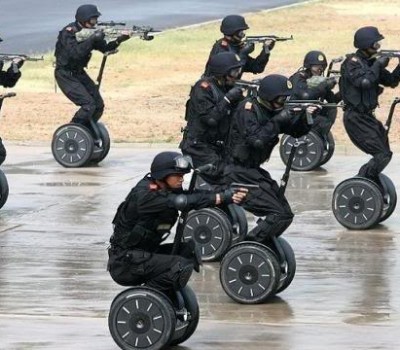 crazy in love baby, you know, there was this chick hunting me down earlier she just came up to me and was telling me how much in love she is with my “whole look” and how I looked like her ex and I don’t know, she had this wild look in her eyes and was a little creepy, so maybe you can protect me from this chick.

If I see her again I’m just going to say that you’re my girlfriend so that I can make her go away.  You’ll protect me right, you’ll be my bodyguard right… 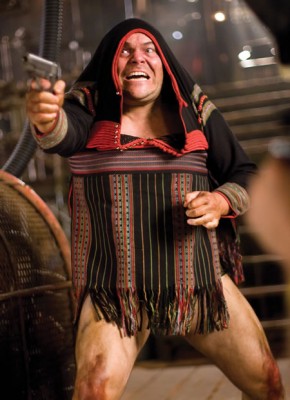 Completely retarded topics will make the girl laugh and wonder what’s coming next.  Make your conversation threads look like this guy.

Set a timer and go completely free form riffing and just go wild with it.

The key is, to keep talking without thinking and without stopping for more than second about what you’re going to say, because this is NOT meant to impress the girl.

Again, you are NOT impressing the girl!

Wanting to impress the girl is what will SHUT YOU DOWN.

Again, you are *dumbing down* what you are saying.

So it can be really stupid and really lame.

That’s okay, because remember everything that you say IS game, and you trust 100% in your actions, that whatever you say is fucking damn cool because it comes from YOU.

Combined with positivity (smiling and standing tall like a champ), combined with certainty through a loud voice and neutral or breaking rapport, and by doing 90% of the talking yourself, girls WILL find what you’re saying attractive, no matter how retarded it is.

Why Being Random Is Attractive To Women

And being random, jumping from topic to topic, actually keeps the girl guessing what you’re going to say next.

It keeps the girl reacting to you.

It keeps her hanging on your words.

It keeps her curious.

You actually AMP UP women’s attraction by being random and almost nonsensical because you’re the first guy who doesn’t seem like he’s trying to impress her. 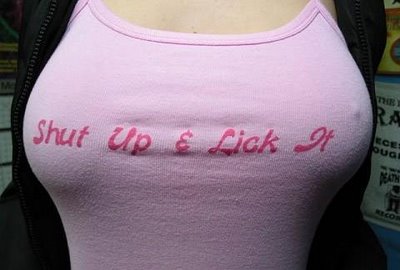 Instead, you come across to the girl as 100% completely non-needy and just self-amusing himself when you talk in free associative riffing.

And that’s what women want in those first few minutes at a bar or a club. She does NOT want an “interesting conversationalist”.  She just wants a guy who comes across as 100% non-needy, yet positive, talkative, and who keeps her guessing where the hell this conversation is going.

So for this exercise, free word associate for FIVE minutes straight.

Put on a timer on your watch or cell phone, and see if you can keep talking, nonstop for five minutes straight.  I know you can with a little practice, you can do it.  Once you get two minutes in, your mouth starts to warm up and it will get easier.

And do this exercise before going out so that you can loosen up your mouth.  Get those vocal muscles working, get that social brain spinning.

And even when you’re talking to the girl, free associative riff to her. Do a whole conversation just free associating riffing.  It works, girls like it, because that’s exactly how cool guys who are naturals generally talk.  And you’ll never run out of things to say.

Just allow those words to come out like vomit, dumbing down what you say with no effort to impress – just being positive, speaking with certainty, and being talkative – even if you have to do 90% of the talking youself, you just have a motor mouth of free association of random topics strung together.

And you can do that by starting each new sentence, spawned by a word that pluck from the previous sentence.

It’s a really simple formula, but it WORKS!

For Even HEAVIER Attraction – Stay In Set!!

To even AMP up the attraction even MORE, follow this rule… STAY IN SET!

Stay in set and talk.

Just stick with sets even if they don’t look like they’re going well. 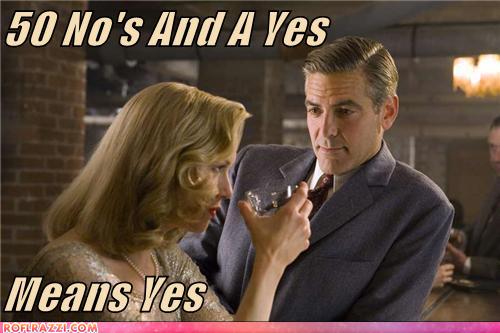 That means keep talking even if the girl doesn’t look interested!  Just stand there and do 90% of the talking with free associative riffing.

Your frame should be, “I’m the equivalent of a hot model, if I just keep on talking nonsense about whatever I like, and she’s still standing there, that means she wants to suck my little man.”

Because when you beat congruence tests, like beating the congruence test where she shows disinterest, and you still hold your cool and keep talking with ZERO reaction, when you’re totally unwavering in your intentions and your actions with zero reaction, THAT is how you spark hard attraction in women.

After a few minutes just talking to her, and not stopping for nothing, she’s eventually going to start to feel attraction and “flip”.  Meaning, she’ll eventually “hook” and join in the conversation and contribute more and more.

Persistence beats resistance.  And by practicing free associative riffing, you can persist for as long as it takes, because you’ll never run out of things to say.

By the way, I’ve got many MORE speaking and conversation exercises in my 15 hour attraction program Nonverbal Sexual Mind Control.

Believe me, when you’ve got FIVE riffing exercises under your belt, plus all the INNER GAME mechanics handled, then you REALLY crush it with pretty girls and having them straight-up loving you.

Trusting in Your Actions, Riffing