Here’s 4 surefire techniques to make a girl chase you down. And it’s only when the girl is chasing you that you’ll actually end up sleeping with her.

Tactic #1. Get the girl to qualify herself to you

Or telling her, “You look young for me. What else do you have going for you that would make up for that?”

She’ll start giving you reasons that she’s unique – in effect, she’s trying to make you LIKE her MORE. She’s gaming YOU by qualifying herself to you.

She’ll be chasing you in no time.

Often when you first start talking to a girl she’s not facing you. You’re fully open, talking to her, facing her, but she is completely sideways to you.

And you’ve got this feeling that you’re grasping to talk to her and have her pay attention to you.

And what that does is get her constantly working for your attention and your approval. She ends up being the one that is grasping, that is chasing, again getting her to invest in you.

A girl will never chase you if you use seeking rapport tonality like, “Hey how are you???” where your sentences rise in pitch at the end, like you’re asking her a question, it sounds grasping, it sounds needy, and it will turn the girl off.

But if you use breaking rapport tonality on the girl, like “Hey! Come here! How are you!” it sounds more like you’re barking orders and commands.

So if you tell her, “Hey, what’s your deal!?” in breaking rapport, she’ll say back…

“Um, actually I’m a student, I’ve been studying psychology for a year… and…”

See she’s qualifying to you by explaining herself, just in response to the type of voice you’re using.

So get the girl to invest in you as much as possible, and then you’ll find the girl HELPING you through the interaction.

She’ll be happy to give you her number because she’s chasing you.

She’ll be happy to meet you on that second date because she’s chasing you.

And she won’t give you nearly as much last minute resistance in the bedroom because she’s chasing you. 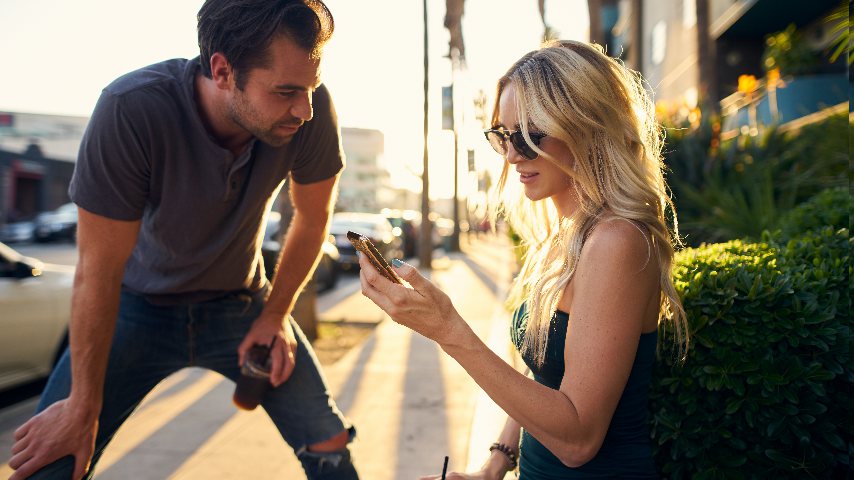