Cold approaching girls in bars and clubs isn’t always effective; it’s FAR better if you can “warm approach” girls, where the girls feel like they already know you.

Because when you already know them, you’re “warm approaching” the girls and you get far better reactions!

What a lot of guys will do is just enter the club with the intention to immediately hit on every girl they can.

Which is cool, but you have to understand that early in the night, say at 10:00 or 10:30 when I would normally arrive, the girls have just arrived too and they’re not warmed up either.

They’re not in full party social mode yet. They’ve come from their jobs or school or watching TV and they’re not warmed up yet, they’re not socially lubricated yet.

So if you do hardcore direct game on the girls early on in the night, you know they’ll love it but they’re not going to just want to go home and jump into bed with you.

Not to mention, that puts a lot of pressure on YOU if you have all these expectations of being “Mr Pickup Man” as soon as you arrive.

So instead, I more advocate a plan that will get you socially lubricated yourself and also bleed away any social anxiety you might have and warm you up.

So for the first 90 minutes, or hour and a half, you basically discount all that time. No pickup whatsoever. No theory. No tactics. No expressing sexual intent. It’s all about relaxation and having fun. That’s it.

What you do is just go around and say hello and meet as many people as you can, both guys, girls, mixed sets, big groups, small groups, and you just introduce yourself and say hi.

And it’s really short sets where you say hello, how do you know each other, some lame boring rapport questions. No expectations. No game. You’re just being really kind of boring and lame, but socially friendly and introducing yourself. For like 90 minutes. And just relaxing, cooling off, having fun.

It’s almost like you’re the asexual host of the party and you just want to meet all the guests.

What that does is by saying hello to everyone, get you over your general approach anxiety, warms you up socially, builds momentum for you, AND you know all the girls in the club and they all know you – so later on in the night you can start “warm approaching” them.

And that way you’re not stressing with anxiety about whether you’re a making good impression or not, or whether you’re getting approval or not, because this first 90 minutes is just throwaway. Results don’t matter.

And there’s no rejection because you’re saying “hello” in very short sets, which early in the night girls are very receptive to.

And after the 90 minutes are up, you know the girls are now more socially warmed up themselves because it’s later in the night, they’re more relaxed themselves, they’ve had time to unwind and work those social muscles, and they’re more in a party mood.

And this is the time, now that you are fully warmed up, to actually bring your game, and start expressing sexual intent to the women that you’ve already met.

So now you’re not doing cold approaches anymore, but you are doing WARM approaches because the girls already know you.

Which makes it much easier because when a girl feels like she’s already met you, even if it was just 30 minutes prior, she’ll be much friendlier and open to you, because it’s like you are already part of her social circle.

So now you’re doing social circle approaches rather than cold approaches!! Which is a lot less pressure and more fun with better responses. And warm approaching is extremely effective.

You’ll also find a few of the girls approaching YOU later on in the night because they experience a moment of boredom at some point, they’re looking around for value or someone to socialize with, and they just grab you. Hey, this is a guy I know, he’s friendly, he’s sociable, I’ll just say hello to him again for something to do. So you’ll find girls going up to you later in the night to say hello. You will be opened by THEM.

So the formula is, first 90 minutes, just unwind, relax, do really easy introduction openers where you’re just saying hello, introducing yourself, asking how everyone knows each other, do some really lame boring small talk or riffing, and then say hello to someone else.

Those first 90 minutes are detached from game, there’s no “pickup”, there’s no stress of having to impress on a great approach, and you drop outcome independence because you’re just saying hello and leaving.

You re-open all the sets you already opened earlier, but now you are doing them as WARM approaches. You already know the girls. And they already know you. And now you bring out feeling the horniness for them, expressing sexual intent, getting physical with them, busting tactics if you’re using them.

And anyway, it’s much more likely that girls will want to makeout or actually be pulled out of the club to your apartment, LATER in the night after 1:00 in the morning, that’s when they are most receptive to meeting a guy.

So I’ve found that strategy to be really effective for handling bar and club situations, assuming you’re not club hopping or bar hopping. Besides, really you want to stay in one place for a few hours to really settle, get comfortable, and be seen.

So go out and try that. It takes all of the pressure off of you, and it can be a lot of fun and really AMP you up and make you feel good.

The 90 Minute Rule For Warm Approaching

So there’s no way you’re going to be able to just immediately go up to the hottie and make a great impression.

What you’ve got to do is build up momentum through the night.

So the best way to build momentum, is to open up girls in a way that will kill all social anxiety.

And that comes from the 90 minute rule.

The 90 minute rule is this: you discount the entire first 90 minutes of your night.

For the first 90 minutes, you don’t stress about whether or not you’re making a good impression.

For the first 90 minutes, it’s just about relaxing and having fun.

You want to open the girls and talk to the girls, but with NO effort to impress them or have the right things to say. You drop ALL game, for the first 90 minutes.

It’s purely being yourself, with nothing inside you head. Just unwinding and relaxing and having chit-chats with the girls.

So basically you try to meet everyone, even if the set lasts just two minutes to say hello to them. And that’s it.

And during those first 90 minutes, you can develop some real momentum and thus confidence in the bar or club, as you’re walking around chatting everyone up and simply relaxing, chilling out, and unwinding. And with each interaction you have, you move on and on to a better state, and eventually to a great state.

Then, once the 90 minutes are up, you can go around again and reintroduce yourself to all the girls AGAIN.

But instead of it being COLD approaches, now you’re making WARM approaches. You’ve already MET the girl earlier, AND you’re in a better state now. You’ve got social momentum behind you.

And girls LOVE it when they’re WARM approached. Even if you just met them an hour earlier. They’ll be very receptive toward you. And warm approaching is one of the most effective ways to meet women, because they feel like they already know you.

So basically, nothing counts in the first 90 minutes. Open the girls, say hello, and have no expectations. Use that time to number (1) unwind, number (2) relax, and then number (3) start to feel pimped. Bounce around from set of girls to set of girls introducing yourself.

And those first 90 minutes should be completely detached from any notion of “pickup” or the stress of approaching with expectations.

And then, toward the end of the night, you’ll have that social momentum, the girls will have already met you, and you’ll be doing your round of WARM approaches. Your approach anxiety will be gone, and the really hot girls will be far more receptive to you.

So next time you’re at a bar or club, follow that 90 minute rule, for night game success!

14 thoughts on “How To “Warm Approach” Girls In Bars And Clubs So That You’re Never Rejected Again!” 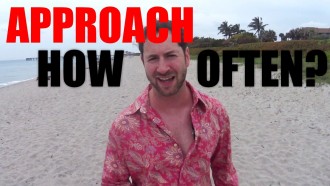 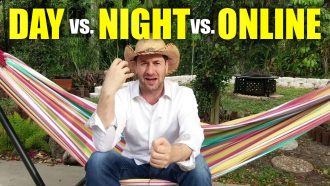 Night Time Game Or Day Game For Getting Laid – Which Is Better? 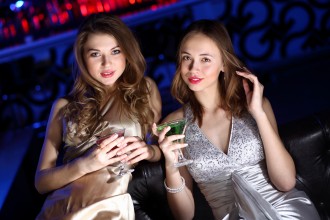