Now a lot of guys attempt to buy their way to a woman’s heart. They buy women flowers, chocolates, concert tickets, and treat them to dinners to expensive restaurants. Their logic is, “If I can just impress her by buying her all of these things to show her how much I like her, then she’ll love me back.”

But the more you spend on a woman, the deeper you sink yourself into quicksand.

The problem isn’t in having money. Women like guys with money, all else being equal. The problem occurs when guys spend money on women EVEN WHEN THE WOMAN DOESN’T DESERVE IT.

For example, let’s say you take a girl out on a first date. You know next to nothing about her except her name. You take her to a nice restaurant and a movie afterward – and spend $100.00 by the end of the night.

Well guess what. To a woman, it’s NOT impressive.

After all, what did she do to deserve you having all this money spent on her? You didn’t even know her. For all you knew, she was the ice-queen bitch from hell who steps on butterflies to get her jollies. And yet you just spent $100 to win her over, to make her like you.

You did it because of her LOOKS. That’s it.

And women know that you’re kissing their asses when you spend lots of money on them just because of their looks. It comes across as needy desperation to get into her pants – not as genuine love for who she is as a human being on the inside, but as superficial love for how she looks like on the outside.

In fact, any combination of the following thoughts might be bubbling at the edge of a woman’s consciousness when you do this type of behavior:

“He doesn’t even know me… he must only like me for my looks, why else would he be spending all of this money on me before he even knows what I’m truly like? He’s superficial.”

“This guy sure acts weird around me. He doesn’t act like this around his other friends. He must be awestruck by my beauty – and therefore, hasn’t dated beautiful women in the past. He’s not a man with high value.”

“This guy really likes me… in fact he’s kissing my ass… I have him wrapped around me little finger. I’ll just use him to get all of his money. What a chump.”

“I feel intense pressure to reciprocate the favors. But I don’t even know if I like this guy yet. If I decide not to date him again, I’ll feel so guilty. This makes me uncomfortable.”

Notice all of the feelings you elicit in a woman when you lavish her with gifts and money… that you’re superficial, you’re not man with high value, that you’re a chump, and it makes her uncomfortable… all the exact OPPOSITE reactions that you thought it would get you!!

Now imagine that you’re after another girl. But she doesn’t return your phone calls. When you get her on the phone, she gives you the, “I have to wash my hair excuse,” so as not to see you. When you do finally go out, she’s one hour late. She arrives like it was perfectly natural to keep you waiting for so long and you wear a smile on your face – after all you don’t want to “offend” her.

You take her to an expensive restaurant to win her over – despite the fact that she’s treated you with a total lack of respect so far. You’re eating, and she gets a call on her cell phone – from her ex-boyfriend. She continues to have an animated conversation with him for 20 minutes on the phone right in front of you.

So what do you do? You put on a smile and afterwards take her out to a movie – paying for her in full plus the $6 for popcorn and soda.

This is the same, sad story of thousands of well-meaning guys who have spent THOUSANDS of dollars on a beautiful woman. He lavishes her with gifts, buys her presents, and takes her to expensive restaurants – while she uses him, walks all over him, and doesn’t treat him with respect.

And guess what – HE NEVER GETS HER NO MATTER HOW HARD HE TRIES.

Because the harder he tries, the faster he sinks. Because when a woman treats you badly and you treat her like a queen, you look NEEDY. You look like a WHIMP. You smell like A LOSER.

After all, you wouldn’t let your friends or family ever treat you that way – and reward them for doing it!!

She becomes the dominant and you become the submissive. If she criticizes you, you try harder. If she complains, you spend more. You’re rewarding her bad behavior!

Sure if you spend a lot of money on her, she may stick around so that she can USE you. Why give up a boundless source of free money and attention? But just because a woman likes your attention, it does NOT mean she will sleep with you. You are her attention FRIEND… with money. That’s all you are to her. And yet most men continue to put beautiful women on a pedestal, despite receiving the most spoiled, rude, atrocious behavior they could possibly put up with.

And here lies the secret as to why beautiful women typically fall in love with “jerks” and “bad boys”.

In other words, jerks and bad boys are the only men that treat her like a real HUMAN BEING instead of trying to buy their way into her pants.

You don’t have to become a jerk to succeed with women however. The secret is, simply don’t reward women for their bad behavior.

Now, on the opposite extreme, some guys take this advice to an extreme. They live by the credo that they will buy a woman NOTHING and that she has to pay for at least half of everything.

Remember though, the date should be about YOU and not your money. This means not spending extravagantly on a woman but nor does it mean making a big deal out of petty, trivial expenses.

For example, a good first date where money is out of the picture would be to meet up at the beach or at a Starbucks for coffee. At a coffee shop it can be quite natural for you to both pay for your drinks separately. On the other hand, it’s also quite acceptable for you to pay for her $3 cup of coffee. The expense is so trivial it will not make you look like a needy loser.

Likewise, if you drive her to visit the art museum together, don’t insist that she pay for half the gas in order to prove that she won’t take advantage of you. This only makes you look like a toady cheapskate. Paying for small things is quite okay, as long as she is not disrespecting you.

Now, sometimes it is OKAY to spend extravagantly on a woman, but ONLY when the following three criteria are met:

First, ONLY AFTER YOU’VE SLEPT WITH HER. Women have the diamonds, men have the gold. Your gold is your leverage power, diamonds are the girl’s. If you give up your gold too soon, what incentive does the girl to give up her diamonds? None. That’s why you CAN spend a lot of money on a girl, but only AFTER you’ve slept with her. Sleeping with you should be considered good behavior and is eligible for a reward.

Second, ONLY reward if she’s exhibited good behavior. Even after a girl has slept with you, she must continue to exhibit GOOD behavior before you spend a lot of money on her. Yes, she may have slept with you, but she may also continue treating you like dirt. For example, not calling you back or showing up extremely late without regard for your time or making out with another guy right in front of you. In such cases, don’t reward her for bad behavior.

And third, ONLY reward her once in a while. Even with a girl who’s already slept with you, is sweet and nice to you, and treats you with respect, you don’t want to lavish her with candy, gifts, and trips every week in the same way you don’t buy your nephew everything you fancy for them or take them to McDonald’s every time they ask. You should reserve these things for special treats and special occasions. This is just common sense and yet so many men fail to follow their common sense because their neediness and insecurity rule their actions.

This is how many guys ruin their relationships with perfectly great girls. The man’s neediness and insecurity becomes apparent through his constant attempts to spoil her with money to prove his love and prove to her he is worthwhile.

After a while any girl will see that this constant gift giving and spoiling is not out of love but out of neediness and insecurity and that you will probably lavish gifts on her despite her behavior. Most women leave these kinds of relationships quickly. 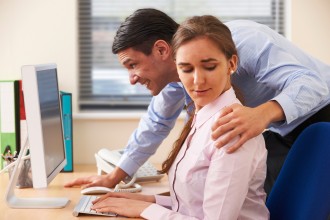 How To Be Unpredictable To Attract Models, Perfect 10s, And Beautiful Women

Why Good Guys Get Dumped By Their Hot Girlfriends And How To Prevent It From Happening To YOU! 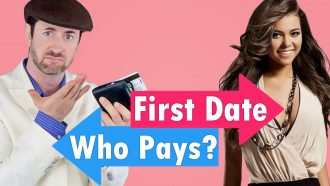