Are We Wired To Be One-Woman Providers Or To Be Heart Breaking Bad Boys? 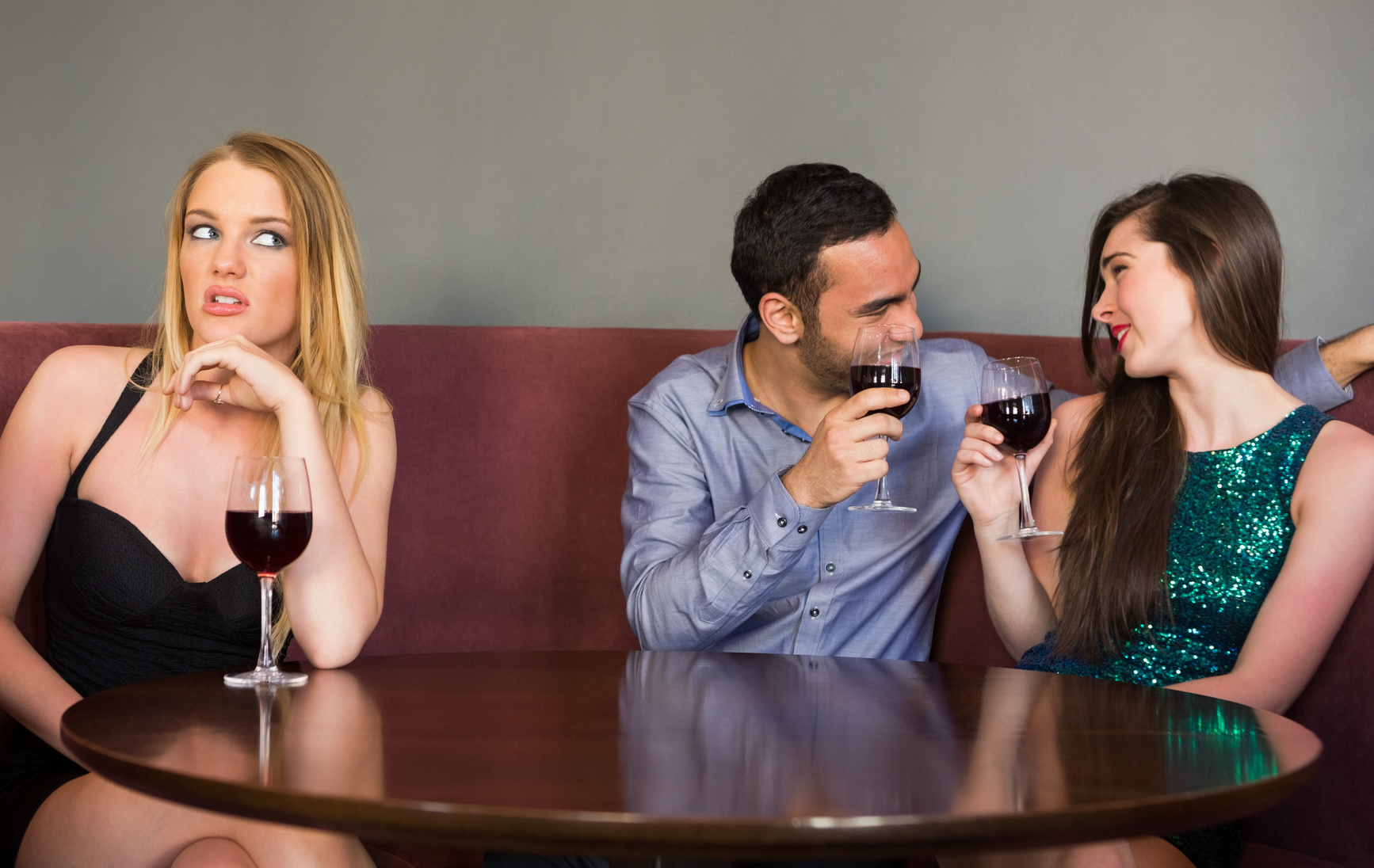 Chimpanzees are fiercely dominant and territorial. There’s one alpha male who gets to have sex with pretty much everyone. All the other males have to stay out of his way, if they’re even allowed to HANG OUT with the group.

It’s not unusual for the alpha male to literally squeeze the testicles off of a challenger. Out of respect for the victims, I’m foregoing all ball-busting jokes here.

If you’re a female chimp, who do you think you’re going to wind up going for? The alpha, who’ll at least take care of the group, or Mr. Soon-to-be-Castrated, who even if he has sex with you and gets you pregnant, those kids’ll just be killed by the alpha when they’re born?

The nature of the chimp selects those having sex with the alpha. Eventually –with human rationalizing when you get to us – you go from HAVING to have sex with him to WANTING to.

Nice to know that we humans aren’t the only screwed-up things on the planet.

That sets the stage.

But then there’s also the bonobo monkey, a lesser-known primate that’s almost as close to us as chimps. And these guys play with different rules.

They aren’t violent, for the most part. They live in a matriarchal society, and there really ISN’T an alpha system like elsewhere in nature. Instead, female bonobo have sex in exchange for protection and provisions.

Sometimes bonobo are literally having sex with the males holding bananas in their hands, promising to hand them over once they get their rocks off.

So which way are we programmed? Both ways.

Women are turned on by dominant alpha men. It triggers their lust, from all the THOUSANDS of years that women have had sex with dominant men.

And women are also turned on by men who can provide. It triggers their nesting instinct, their need for security and protection and, um, food.

The bonobo have a problem though. When you live in a world where women want monogamy AND it’s matriarchal AND gives a rational choice to the women about sex, merely showing yourself a provider isn’t going to work often.

The bonobo have sex all the time with everyone, so it can work.

Humans don’t, so you wind up in a courtship that lasts months or years, with a woman who can always choose another provider. You aren’t triggering her emotion, but her logic, as a bonobo male.

Plus, most women aren’t walking around hungry for a banana. If only it were that easy.

The chimp alpha system, however, isn’t logical. It’s primal. Emotional. And the underlying understanding of chimp society is women don’t have the choice.

They NEED to have sex with the alpha.

When you get to the complex level of humans, this need becomes ATTRACTION.

If the thousands of years of evolution have conspired to make women attracted to dominant males, how do WE become that?

Aside from castrating others I mean.

Believe it or not, the process is pretty simple. And it all starts with relaxed confidence. Remaining playful because you’re comfortable in your skin. Secure in yourself.

Outside signs can be created, as well. Become friendly with doormen, get to the point where you can say “Hey Jimmy” and walk past the throngs and through the velvet rope at a few clubs.

Get to know maitre-des who can bring you in through the kitchen to a table reserved at a hot hard-to-enter restaurant.

Sound hard to do? It’s not – it just takes a little friendliness to the right people. Become friends with them, and you get the preferential treatment that says you’re an alpha.

When you’re in a group, remember that YOUR opinion is the one that matters most.

That’s where a lot of people get messed up – they think the alpha has to be the focal point, because he often is.

THAT’S not the key, though. Try too hard, and you come off as an insecure attention starved spotlight hog. The point isn’t to be the LOUDEST or to say the MOST, but to have the trend-setting opinion, which starts with believing in yourself. And NOT caring if others follow – they will, but not if they feel you forcing them.

If a scene-stealer comes in and tries to ruin your game, a simple eye roll and relocation – “Let’s go get a drink.” – is MUCH more powerful than entering into a limelight fight. It says you’re confident, in control of the situation, AND in a position of power, from which you can communicate “This is no fun, let’s find something that is.” You LEAD. People will follow.

And you don’t have to maim a soul.

A LITTLE arrogance can communicate that power as well, much better than some Neanderthal brawl.

So how do you compete with the famous, and trigger the lust that their power does?

You create a circle within which YOU are a star. You get the good table and the chef comes to it and makes off-the-menu dishes. The DJ requests a request from you. And your friends reinforce the aura of importance that travels around with you.

If you’re starting from scratch, it can take awhile to build a complete circle. Once it’s there, though, women will respond to it. POWERFULLY.

And the little ball busting you do is of the non-violent, playful variety.

From there, getting to WANT to translate your social value into sexual action is a MUCH simpler step. ACT powerful, and you BECOME powerful. And power on a man is sexy.