If a woman is afraid of being labeled a “slut”, or being too sexual you can tell her, “There’s nothing wrong or unnatural about learning to enjoy your own body. The women I respect and admire value their bodies and the pleasure they can bring to themselves.” Tell her, when you’re making love, that it thoroughly turn you on to see her let loose the passionate side of her nature. Let her know you adore her body and love to touch it and kiss it for hours.

If she’s worried about her performance, tell her to forget about trying to orgasm and focus instead on thoroughly enjoying every moment of lovemaking.

Lastly, acknowledge ANY improvement she has, no matter how small.

However, sometimes a woman’s pathological trances run deep. In the case that she “polarity responds” to your suggestions the more you tell her she’s not fat, the more she’s convinced that she is! Her conscious, critical mind is blocking and resisting any positive suggestions you give her. In this case, using hypnosis to bypass her critical mind is the fastest route to change.

The following exercises demonstrate three techniques you can use to remove her pathological trances; storytelling (the Japanese Warrior Story), Neurolinguistic Programming (the Self-talk Transformer), and Hypnosis (the Protective Bubble Induction).

“During WWII, at the height of Japanese Expansion in the Pacific, there were Japanese garrisons on literally thousands of tiny islands scattered across an enormous expanse of ocean. When the tide of battle turned, many of these were overrun and defeated, but some were entirely missed. On the islands, small groups of soldiers or isolated survivors hid in caves in inaccessible areas. A few years later, the war was over. But since these survivors didn’t know this, they continued to struggle on, maintaining their rusting weapons and tattered uniforms as best they could, totally isolated, yearning to be reunited with their command.

“In the years immediately following the war, many of these soldiers were discovered when they shot at fisherman or tourist boats, or were found by natives. As the years passed, these discoveries became less frequent. The last one we can recall was about fifteen years ago, some thirty years after the war had ended.

“Consider the position of such a soldier. His government had called him, trained him, and sent him off to a jungle island to defend and protect his people against great external threat. As a loyal and obedient citizen, he had survived many privations and battles through the years of war. When the ebb and flow of battle passed him by, he was left alone or with a few other survivors. During all those years, he had carried on the battle in the best way he could, surviving against incredible odds. Despite the heat, the insects, and the jungle rains, he carried on, still loyal to the instructions given to him by his government so long ago.

“How should such a soldier be treated when he is found? It would be easy enough to laugh at him, and call him stupid for continuing to fight a war that had been over for 30 years.

“Instead, whenever one of these soldiers was located, the first contact was always made very carefully. Someone who had been a high-ranking Japanese officer during the war would take his old uniform and samurai sword out of the closet, and take an old military boat to the area where the lost soldier had been sighted. The officer would walk through the jungle, calling out for the soldier until he was found. When they met, the officer would thank the soldier, with tears in his eyes, for his loyalty and courage in continuing to defend his country for so many years. Then he would ask him about his experiences, and welcome him back. Only after some time would the soldier gently be told that the war was over, and that his country was at peace again, so that he would not have to fight any more. When he reached home he would be given a hero’s welcome, with parades and medals, and crowds thanking him and celebrating his arduous struggle and his return and reunion with his people.”

Like the Japanese soldier, a woman’s unconscious mind may be running programs and beliefs to protect her – all with positive intentions. For instance, she may have difficulty in trusting men because she legitimately had bad experiences before. Or she may be worried that she looks fat without her clothes on because 15 years ago she was teased in high school about her weight. Yet, however useful the behavior might have been at one point, the old war is over and it no longer serves its purpose.

To help her get through any sexual roadblocks she has, tell her the Japanese warrior story in your own words. Then tell her,

“Like the Japanese warrior, that part of you may have helped you at one point. But it’s fighting a war that’s over. Acknowledge that part is trying to help you, thank it, and put it to sleep. After all, you’re not a child anymore. The things you learned about your body as a child no longer apply. You can let those things belong more to the past than the present. Now that you’re a grown woman, you can have different feelings. You can make up your own mind about what’s right and wrong for you. You don’t have to let them or what they did continue to interfere with your sexual and emotional life. You’ve let them decide for a long time. Now you’re ready to decide for yourself.”

Framing her issues in this way can help put them into the past for her. Sometimes this kind of realization alone can help her move beyond some of her sexual hang-ups. 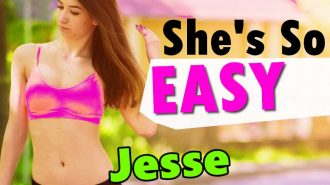