Want to meet more girls? Forget about trying to get social proof.

Forget about using social group as a strategy.

Let me explain. Real quick let’s do a review of what social proof is.

Basically, social proof can be when you talk to girls a and B. to impress girls C. Girls C watches as you may girls A and B laugh and have fun, and girl C becomes attracted to you.

Or social proof can be when all of the bouncers and bartenders in the club know you, they say hello to you, and a girl sees that and infers that you must be a cool guy. That’s social proof as well.

Or social proof can be embedded in a story that you tell to a girl. For example you tell a girl, “yeah I was dating this exotic dancer last year but she was just too crazy for me, she had these big fake boobs and whenever we’d go somewhere she’d have guys hitting on her and trying to get her number, and you know I’m kind of a jealous guy, so I had to end it with her because I want a more down-to-earth girl.”

So that’s embedding social proof within a story, that you know other attractive hot women, which is implied in the stories that you tell.

Basically social proof is when a woman can infer for that you are already socially accepted by other people, and that you have a value giving personality.

So social proof can manifest itself in many forms.

Number two you go to up social party with the girls on your arm to begin with, so that the moment you walk into the room, you are already socially proofed, and your first sexual open more easily.

Or number three, you tell a story, like about hot girls that you’ve already dated. Or you use your phone to show women in the party photos of you with other girls.

Social proof. It sounds like a fantastic theory right?

But listen, here is why you have to forget about social.

If you go to a bar or club and you consciously start thinking that you need a social proof to get these girls, or you start thinking how much easier it would be to pick up if you first get some social proof, that will only put you massively inside your head and psyche you out.

For example, you see the hot girl that you liked, girl C, and you think yourself, “I am too low value, and this girl is so high value, that’s I need to talk to other lower value girls first, girls A and B first, to social proof myself, before I can talk to girl C.”

But look if you have this kind of thought process, this kind of mentality, you’re being super analytical. Most likely, your feeling approach anxiety. And most likely, you’re going to have trouble approaching any women, even girls A and B, if you’re that inside your head, thinking in sneaky terms and being so thought based tactical.

Look, even if you did approach girls A and B first and hit it off with them, girl C is most likely having her own fun and won’t even notice you anyway. She might not be looking your way, or she may go to the bathroom, or she may get distracted by her friends.

And even if girls C does notice you hitting it off with girls A and B, just because she notices you as being preselected, as being socially proofed, that doesn’t mean that she’ll automatically start giving you indicators of interest like eye contact, or give you a big smile.

In most cases, you have no way of knowing if you’re tactical social proof sneakiness is working.

But let’s say girl C does give you indicators of interest like direct eye contact or big smile. Well, because you had approach anxiety and initially, because he didn’t feel like you were worthy of her in the first place, just because she gives you a smile doesn’t mean that your approach anxiety will go away.

After all, you didn’t feel that you were enough to be worthy of her as just you. You felt that she only likes you if you had some great social proof.

What I’m saying is, even being socially proofed, you’ll still had approach anxiety and probably chicken out approaching her anyway, even with social.

In fact, if you’re thinking about social proof as your strategy or as a tactic, you’ll probably a suffering from anxiety and analysis paralysis and you won’t be able to approach girls A and B in the first place. Most likely, by thinking about social proof, you’ll just have analysis paralysis from the very beginning, you won’t feel worthy of being there, and it will be just over.

Even more likely, and I seen this a lot, is that this intellectual concepts of social proof as a tactic, only becomes an excuse for not approaching.

You see a hot girl, and you think yourself, “I can’t approach her yet, because I don’t have enough social proof yet!”

And then, even when he talk to some other nearby girls and you become somewhat socially proofed, you see your dream girl again, and you think yourself, “did she notice that I was talking to these other two girls? Maybe she didn’t notice, maybe I don’t have enough social proof yet.”

So happens is you still don’t approach the girl! What happens is, you never end up approaching the girl. Because you’re always second-guessing yourself, if the social proof has worked yet. Because in your heart you don’t feel worthy of this woman.

So while getting social proof as a tactic, sounds good in theory, as a tactic inside your head, to be consciously used, social proof is bogus. It will backfire on you, in most cases, for most guys.

Social Proof Theory Is Not The Deciding Factor

Even take an idealized scenario where social proof comes in to play at a tactic.

But even if your socially proofed, if you have an inner week and shifting reality, for example as soon as your dream girl gives you some resistance, you just want to bail out of the set, or you don’t persist, or your feelings and emotions are like a leaf blowing in the wind, you’re still desperate for her approval, you’ll come across as needy and unattractive.

Social proof, it can give you a golden glow, but if you still don’t feel inner worthiness to have hot women, the woman will feel that and lose attraction for.

What I’m saying is, social proof can generate some initial attraction, but it is not a deciding factor in whether you actually get laid. Not at all.

I mean, I know guys, natural guys, don’t know any tactics about game, but they get laid quite frequently. And they clearly don’t have social proof.

I myself, I don’t even think about having social proof. I’ll go into a club and hit up hottest girls I can grab to warm up. No social proof.

It’s the very fact that I went up to the hottest girls, as a man with a Dick with no apologies, and standing my ground, that they can become worthy of me and my attention, that makes me attractive to them. No social proof required.

It’s the fact that I don’t use social proof as a tactic or is a conscious thought process, the very fact that social proof doesn’t exist for me as an excuse not to approach the hottest girls, that ironically is what allows me to get massive social proof in the 1st Pl.

In other words, social proof is not useful as a concept inside your head for strategizing in the field. That will only backfire on you. You have to forget about this idea of social proof completely and just let what happens at.

And besides, for day game, for meeting women in malls or on the street, there is no such thing as social proof because all of your interactions are purely one-on-one. So you have to learn to approach women anyway without the crotch of being socially proofed if you want to do day game successfully.

And even throwing social proof into your stories, like that you once dated a hot exotic dancer… if that really happened, and it’s part of you and you enjoy telling the story, great. But otherwise, if you’re just making shit up, you’re basically acting. And acting cannot last you’re going to eventually feel fake and feel phony about it over time. Like the girls are just liking you for a routine and not for the real you.

Putting social proof into stories, like you dated in exotic dancer, is trying to get a good reaction from a girl, trying to impress her, when in reality, you want to get the girl reacting to you, even if you’re an accountant and you love talking about numbers. Even if the real you is almost anti-social proof. But you want to get hot women liking you for the real you, even if it’s about cooking, or numbers, or playing basketball, or whatever, not because of some phony story about an exotic dancer. You don’t need to make up stories about strippers to get a girl like you.

Just be social. Forget about social proof. And the social proof will come. But if you use social proof as a conscious tactic, as a thought process that must be consciously held on to, that you try to be consciously aware of as a tactic, you stifle the natural blossoming of becoming socially proofed, because you’re putting it into the realm of thought and analysis, which will only result in anxiety, in paralysis, sneakiness, anti-socialness, and become an excuse not to approach, and sabotaging.

And this is an example of how the reckless disaster method differs completely from all the other pickup programs out there. 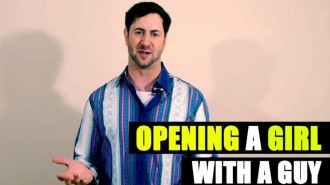 How To Open A Woman With A Man 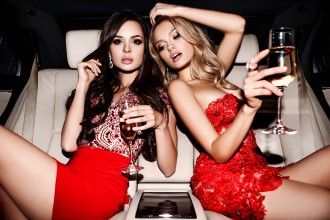 Being Socially Valuable = Attractive to Women 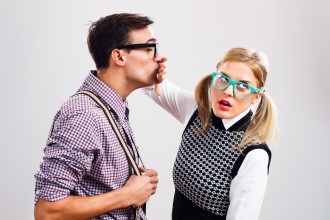