So Mark Anthony and J Lo are splitting after 7 years married.

The media is calling this a “Big Surprise”, but anyone with half of common sense could have seen this coming.

99% chance it’s because Mark Anthony has already been caught sexing up other women, multiple times. 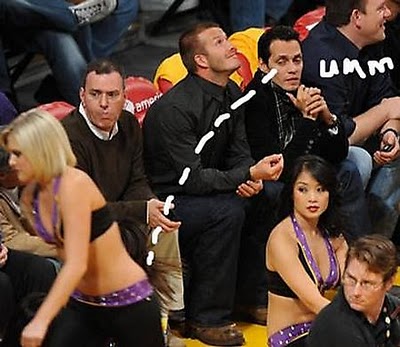 Just doing what any red-blooded alpha male would do when presented endless opportunities for quick sex with young, star-struck  women.

Mark Anthony has opportunities at every turn.

First, the guy is RICH. Renting a top-of-the-line Playboy Playmate for $500 an hour is like buying a Starbucks Latte for this guy. It’s like paying PENNIES to him.

He’s FAMOUS. Girls will have sex and spread their legs just because they’re attracted to his fame and face recognition and because he walks around with an entourage.

He’s ALONE. Jennifer is busy on American Idol and her music recording. Mark Anthony has his own career to attend with. This means plenty of nights away and alone hundreds of miles apart. He has every opportunity to cheat. 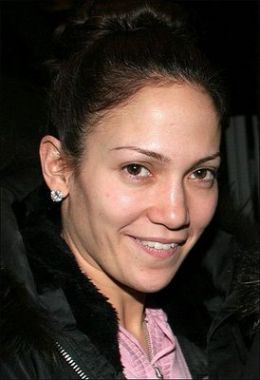 Far from being “The Most Beautiful Woman in The World” according to People Magazine, 99% of these female celebrities look just like anyone else underneath the hair, make-up and lighting.

On the other end of the spectrum, Jennifer Lopez can only LOSE value over time.

The Coolidge Effect kicks in. Men get bored having sex with the same woman over and over again hundreds of time. This works against any woman’s favor, and usually why women try to reign in their man and control their man to compensate, to prevent him from straying.

But in Mark Anthony’s case, the Coolidge Effect would have a strong effect to make him sleep around at every opportunity.

Also, Jennifer Lopez is aging. She’s not as youthful as she once was in her face, and after children and working long hours her body probably isn’t what it once was 10 years ago when they first met. Her sexiness value slowly decays. And men tend to want younger women.

Compare that to men, who typically grow more attractive in terms of their status and power as they age.

Celebrities should know better. For all these reasons, it’s why typically the man strays, having sex with many young women, and most of celebrity couples eventually break up.

And it’s why study after study shows that relationships that last are between men who marry UP to a “hotter” chick and when women marry slightly DOWN.

Looks like Chris Hansen of “To Catch A Predator” fame has been caught sexting naked photos of himself and cavorting in a fancy hotel with much younger reporter cutie Kristyn Caddell. 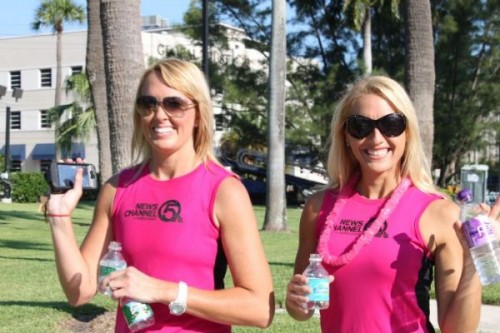 And she’s pretty cute. Kristyn looks like she’d be a fun romp in the sack.

Overall it’s pretty stupid of him to be mailing out naked photos of himself, especially just weeks after Anthony Weiner got caught and publicly humiliated for it.

But it’s not surprising either. Men are driven biologically to sex-up any young female that gives them half the chance to do it.

Men want to spread their genes far and wide, and if a hottie blonde wants to spread her legs for you, most guys will jump at the chance.

Even the fear of being caught and consequences is overridden by the reptilian sex-nerve center of the brain that screams to put your erect cock into the ripe, young, wet pussy of the younger girl.

And you can see here that his wife is pretty decent for an older woman.

But it doesn’t matter; no matter how physically hot your girlfriend or wife is, you’ll still feel that pull to spread your genes.

It’s only a matter of what opportunities you’ve got to do it.

And if you’re a relatively wealthy, good looking guy like Chris Hansen and spending many of your days and nights alone on the road, you’ll have your fair share of opportunities to bang young women.

The moral of the story? If you’re good looking, wealthy, and traveling… stay single and have your fun! 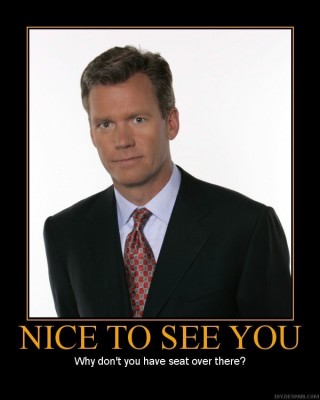 And if you get married, remember you’re putting yourself at risk – of acting on your reptilian brain for sex, programmed through millions of years of natural selection… and being severely punished for it!

Asking Yourself “Should I Get Married?” 10 Reasons Men Should Not … 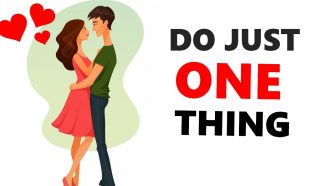 ONE trick to stand out to ANY girl | The hindbrain tug