I found some vintage pics of Famke Jannsen from the 1980s. But first, got any Star Trek nerds in the house?

She plays this young woman who is an “empathic metamorph”. She’s like a chameleon, becoming the perfect woman to any man she stands near too. 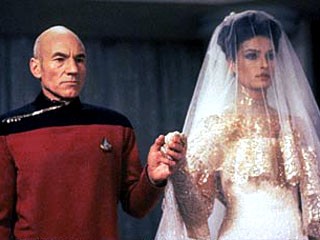 Captain Picard has to train with her in private for some alien rituals, and she nearly seduces him. Picard is a pretty icy guy no doubt. 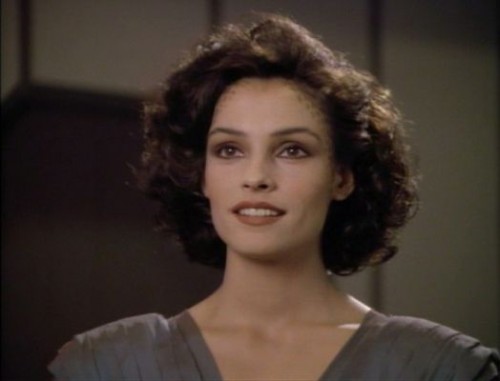 What’s pretty cool about this 1992 episode is it stars Famke Janssen.

Famke Janssen went on to play Jean Gray in the X-men movies about 10 years later – again with Patrick Stewart! (who played Xavier) 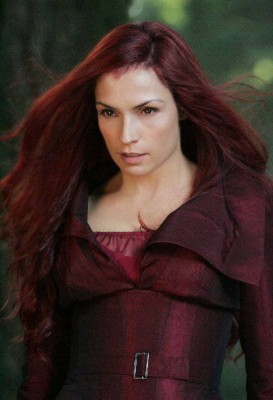 In the pic below you can see the two actors reunited and standing next to each other in an X-men promo. 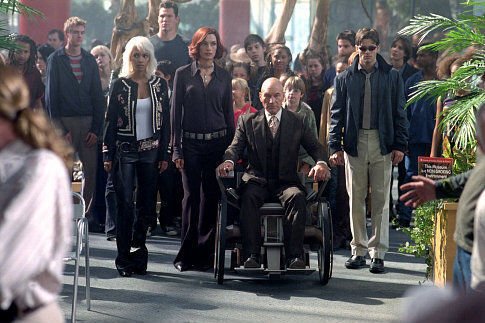 What’s pretty cool is that her appearance on Star Trek was her first appearance ever on screen. I’m kind of thinking that on the set of filming Star Trek, Patrick Stewart boned her and just had to get some more so had her on set in the moves 😉

That, and she’s a bad ass actor.

Anyway, check the Star Trek episode out on Netflix, or Amazon direct download or whatever. It’s hot!

Also, from what I understand she speaks Dutch, German and French besides English.

And back in 1980s she modeled for Victoria’s Secret. Pretty sweet, right? So here’s those old vintage pics I found. 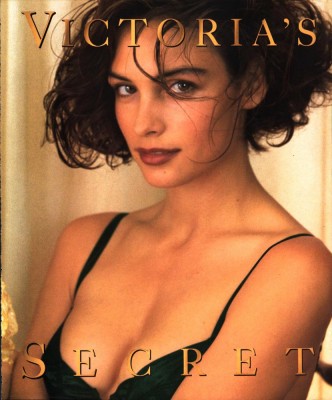 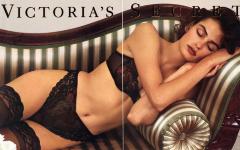 Beyond that, she’s held up pretty well over the decades since that have passed. I give her props.

Video
Babe Of The Day

Carol Seleme- The Hottest Babe Ever? My Reasoning, Pics, and Videos