Spend enough time with a girl, and she’ll want you to be her exclusive boyfriend. And that’s when the drama starts – you want to keep her as a “friend with benefits” but she wants your soul.

Especially when you start juggling multiple girls and have Multiple Long Term Relationships, the jealousy and possessiveness can get VERY thorny very quickly.

So how do you juggle multiple girls or girlfriends without making them get jealous, catty, or go emotionally nuts “wanting something more” from you?

Senior forum member AKM has the answer I his 10 points program for managing multiple girlfriends.

“Gunslinger’s guide to Emo. control”
By AKM of the VIP Lounge

If a woman feels she has “something” with you, it is only at that time that she can perceive loss.

Thus it is in a man’s best interest when running Multiple Long Term Relationships game to minimize the very thing that will serve as the catalyst for an emotional explosion. 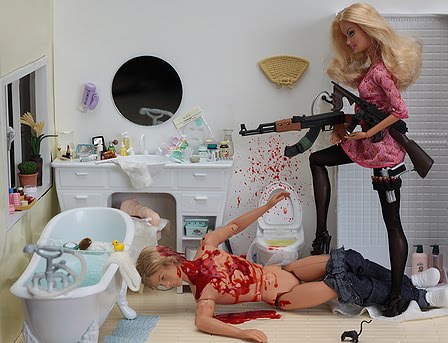 Here are a few items I would recognize as high points. These are not deal breakers if one does not follow them, but following each of them have been shown to lead to better statistical averages regarding female emotional flare ups in Multiple Long Term Relationships scenarios.

#1. Be Honest About Your Intent

The first opportunity comes in one’s statement of intent. Women want to know one’s intentions as well. The line “I like being single” is fantastically straight forward and from my perspective sums up what one would wish to strive for when conveying his initial intentions.

If a man wished to customize his own line he would be best served to build it upon this rock solid foundation.

Once you state your intent remain congruent on it. They will try to push you off from it with questions regarding everything from loneliness to cuddling. This shit test will determine whether or not she’s willing to accept your frame. Be prepared.

NO perception of commitment = emotional control.

Simply avoid future framing boyfriend girlfriend stuff. Avoid saying shit like, “I like to hang around on weekends with a girl I love and watch movies while we scrapbook,” just to get laid. This backfires as far as emotional control.

Don’t set her expectations that ANY PART of your future relationship will be anything but an adventure into the unknown and risqué world of pushing boundaries.

#3. Avoid Too Much Kissing

Kissing is a great intro to getting with a girl. It escalates our bond and get’s us between the sheets. However one may choose to rule out kissing early in the relationship.

The reason is that it will silently maintain your relationship status from the moment you stop. It is not uncommon for a man to kiss a women the first night of seduction and then stop.

The lack of kissing clearly defines the parameters of the relationship being physical and being about sexual gratification.

IF an man is doing something extraordinary in the bedroom his lack of interest in making out is simply overlooked.

“I just wanna fuck….YOU…..we cant be kissing an’ huggin’ girl you got a husband who loves….YOU….you got to give him yo’ quality time” ~ some rapper. Dr. Dre?

It turns the dynamic of the relationship on it’s ear and forces the concept of sexuality. You won’t miss “the make out session” part of your interactions with women because that has now been upgraded to “The blow job” section of your relationship.

And she’s automatically less clingy. You get pulled back into the house for more sex, not “One more kiss” “Bleaah!” ~AKM

There’s a thread of mine out there that covers this so I’m not going to re invent the wheel. Essentially it covers some of the best things to say post coitus.

Essentially, “That was FUN. MAYBE we should do it again sometime.”

Make notice of the words both fun and maybe. One is a lighthearted view of what you’ve just done to her the other implies that the possibility of the “FUN” happening again is up in the air.

NO perception of commitment =emotional control

#5. Choose Not To Cuddle

One should be aware of the power of cuddling. It imparts the sense of connectedness between the two parties especially for the woman.

Emotional control is about remaining disconnected to a large degree.

Wash your balls, and go put your cloths on if you want to get really hardcore with this.

Fantastic to be fully clothed ten minutes after sex and she’s still naked and quivering saying nonsense phrases while you stand over her bed. Then tell her that she makes no sense and that you’re going to have to leave because she’s being an idiot. HILARIOUSE!!! Don’t believe me? Try it yourself.

Let’s pretend that the woman is a burglar and is trying to steal your prized possession. In this case it’s your community.

Essentially the more time you give her inside your house the greater the statistical likelihood that she’s going to find it.

Limiting the time available to her makes it more difficult for her to get you into an inextricable position which is exactly the time she will get emotional and for lack of a more succinct word “Bitchy”.

Lesser amounts of time are better. Use the concept of false time constraint here where needed. Get in, get out.

This applies especially post coitus/sex. The longer one hangs out after the deed or allows her to hang out will only strengthen the bond she has with you.

#7. Make Her Bring You Gifts

When an old mentor told me this part of the craft I was certainly hesitant but given his tenured player status (in his fifties) I tried it out.

The idea is that any woman who comes to your house should adhere to the common cultural moray of bringing the host a gift.

Large or small, they should bring SOMETHING. I didn’t think they would. MAN WAS THAT OLD MAN RIGHT!!! I became flooded with shirts, high dollar bottles of my favorite whiskey, other party favors, food, cigarettes, flasks, beadwork, clothing and so on.

THEY LOVED THE IDEA OF BRINGING ME GIFTS JUST LIKE THE OLD GRIZZ SAID!!!!

And yes, It does feel like prostitution and the women do mention it at times. And no, it never bothered me.

Would you get all emotional when you found out your favorite stripper/hooker gave a lap dance to someone else?

This tech is for long term harem/MLTR management and multiple relationship with NO LTR component as I have used it successfully both ways.

It puts you in a consistent one up while creating a hot dynamic for her as she is always struggling as the one down which causes her brain to see you as dominant thus hot.

The fact that she’s essentially buying a ticket for sex through her gift does a number on female perception which cements your status as the one up and thus controls emotionality.

Gifts can easily be misinterpreted by the relationship hungry female mind to mean far more than they are.

One will get himself in trouble giving them often if at all.

Especially if what he wants is an emotionally cool sexual relationship.

Gifts convey that you were thinking about them outside of a situation where they were pleasing you.

This makes a girl think there is a possibility that those thoughts could gain traction and momentum in your mind and gives HOPE to the concept that you will settle down with her.

Not only does a gift indicate the above but a gift (especially a non perishable gift) can serve as a constant reminder of the possibility of the above mentioned “HOPE”.

Do yourself a favor and don’t let her dance around her living room with the teddy bear you foolishly gave her.

EVERY second she thinks about you in a non sexual way gives neural ammunition to your enemy “commitment emotion”.

As attractive as it may be don’t let her clean your house, pick up your kid, baby sit your kid, replace your curtains, dust your nick knacks or style your hair.

If it makes any significant changes to your environment and doesn’t fit into the concept of fucking…….. forget it.

Once the female mind moves a few pieces of furniture it gains confidence that it has some order of influence over YOUR environment and will then seek a board position!!!

Politely decline telling them that they are very considerate.

#10. Be Sexually Dominant And Make Her Orgasm

If it hurts her and she asks you to stop, then stop.

If not railroad your own sexual wishes.

Assuming that one knows how to satisfy a woman ten orgasms any way they’re had are still ten orgasms.

As long as the numbers work out in her favor fuck it. She doesn’t change the music, the position, the rhythm, NOTHING.

As long as you’re doing your job.

If you’re not get with it!!

If you can do your job then there is no reason you can’t insist on being left alone to do it your way which also happens to be the right way (said orgasms).

This dominance which Jesse has many wonderful materials to help support you will lower the probability of emotions running wild.

When a woman is that satisfied the game is yours to lose.

By maintaining sexual dominance one remains the “one up” and statistical chances of an emotional upheaval are less probable.

I think that any man interested in emotional control can get a good start with these categories. We can continue, but that’s all I have today.

My best to you, 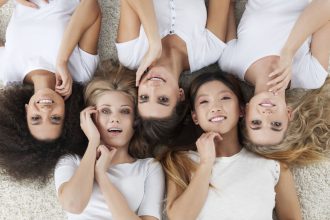