Why Are Some Guys Successful With Girls, And Everyone Else Failures? Your Habits

In this video I talk about what separates the outlier males, those 1% or 2% of the guys that seem to get success with women.

P.S. Leave me a comment below once you watch it… and leave me some feedback !!  🙂

Successful guys can go to a nightclub and get three make outs, or they can go into a bookstore and get three phone numbers, or they’ve got their own little harem of three pretty girls that they got going, or maybe they just have a selection of women that they can pick and choose from to be, “I want this one to be my girlfriend”, or they have a selection to wife up a girl.

Whereas most guys, you know the other 98% of guys, they’re living in scarcity.

They don’t have selection.

Maybe they settle for the comfort fatty that they don’t really want.

Or they have crippling approach anxiety. Or maybe they try going out for two or three weeks, they face some initial resistance, and to give up. Or maybe they go out for a few months and they’re just not seeing very much progress and they give up.

So what’s separating these two groups, the outlier males from all the other guys?

The distinction is that the habits that you keep on a daily basis and the execution of those habits.

Are you executing those habits consistently or are you really sloppy about the execution of those habits?

Let’s take an analogy. Let’s say you want to put on 20 pounds of lean muscle tissue and you want to lose fat.

Now, to put on 20 pounds of lean muscle tissue – that’s a lofty goal. That’s hard. That takes months and months, if not years of consistent execution of correct habits.

And correct habits would be like cutting out refined sugars from your diet. Getting rid of fast food and pizza and hamburgers and unnecessary fats. Replacing junk food with salads, lean meats, and drinking a protein powder after your workout. Going to the gym five days a week. Having proper form when you execute the exercises.

And they go back to the gym for a day, but then they fall off the path again.

They’re not executing the proper habits necessary to actually get to 20 pounds of muscle.

Maybe they’ll get two or three pounds of muscle, which is pretty easy to do. You just tweak your habits here and there, cut out a little bit of sugar. maybe go the gym once or twice a week.

But that’s not going to make you achieve a lofty high goal.

So if you’re goal with women is also lofty and high, like you want to have a pretty wife eventually, or you want to have a little harem, or you want to be able to go to the club and kiss different girls – all pretty lofty goals that 99% guys could only dream about – you can’t have sloppy execution of habits. You’ve got a walk that narrow path of doing the correct habits consistently, day after the day, for months, if not years, to get to that point of success.

For instance, it means going out five nights a week, it means working on vocal exercises for projection or for being talkative, it means going to the gym so you have that narcissistic sense of entitlement and you feel good about your body.

So that’s the distinction, that’s the difference between outlier males and everybody else. Outlier males have the right habits, they stick to the habits, and they have a philosophy that they want to achieve peak performance with no excuses.

Meaning, even if successful executors feel that negative haze and don’t feel like doing the task at hand, they don’t make excuses. The still go out, they still go the gym, they still do what they have to do, despite that initial reaction of bad emotion. And they push through that shit and make it happen. And they execute day after day consistently.

And yes, sometimes they fall off the path. Maybe they don’t do what they’re supposed to do for day. But they get back on quickly. They’re not off the path too long. The walk that narrow road it takes to achieve the lofty goal they have.

So if you enjoyed this video or you have a comment on it, leave your comment below, or go to the forum I run, it’s called The Lounge, and post on the Lounge and I will get back to you there. 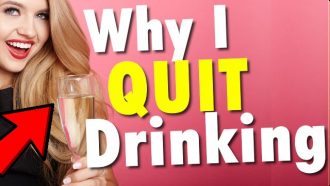