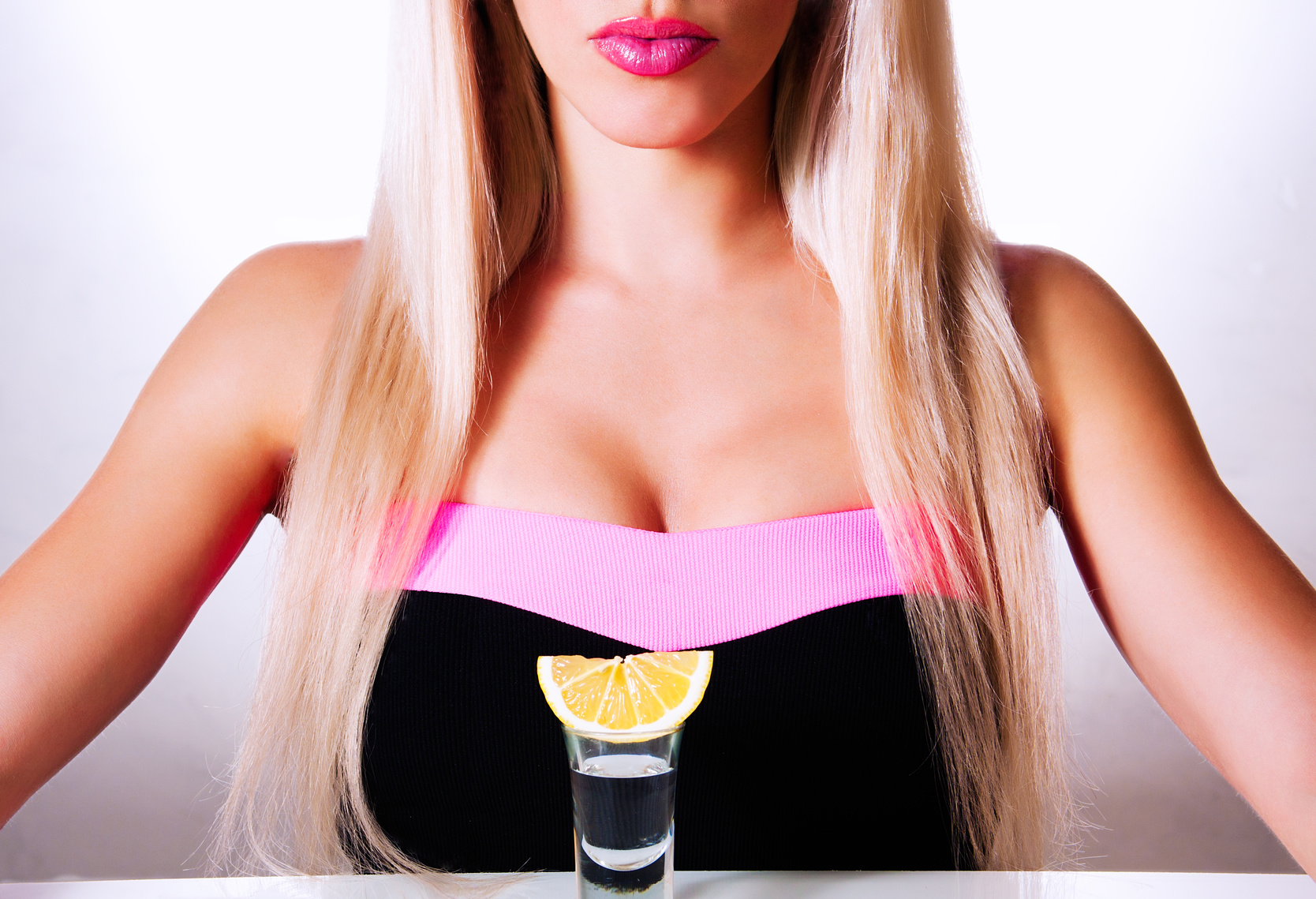 Trust me guys, night club game is fucking easy breazy if you know how to play the game. I hope some of these things are helpful to you.

Nightclub Rule #1. Be Social With Everyone

Do not go in there with battle mode or Sarge mode.

Listen, there are two types of guys. Guys that get pussy and guys that don’t. The guys that don’t get any go in, with a “Me versus them, battle on” mentality. That is the wrong concept.

Or they think, “I will only approach women tonight.” Once again, wrong concept.

I would like to state that these mentalities still are those of one who is introverted and NO INTROVERT can become a master of girls. You must first become extroverted and social to EVERYONE.

Last night my and my wing rolled and chatted up everyone, from bouncers, hired guns, guys, groups, and lone wolves. See, this puts you in a social state, and gives you another very important power called the power of having been social proofed.

There is a term called “Flash Game” which means when you go into a bar or club, talk to hot girls or just any set of women and get them laughing, giggling and you will warm up the adjacent sets because they will see that you are pre-selected.

That is what me and my wing did last night and you won’t believe the IOIs and “come fuck me” eyes we got. You can also build a jealousy plot line. Meaning, talk to one girl and get her attracted slightly then say, “honey, be right back. We have a lot to talk about. But I got to go say hi to some friends.”

Then you go and open a set within viewing distance to her. She will get jealous if she is genuinely attracted to you. This happened last night with a 6-set of Italian chicks celebrating a birthday party. The target would not stop staring at me and later when I re-engaged, she was like “Baby where did you go. I was looking for you”. It is amazing the power of social proof and pre-selection.

I would say to the target “OH MY…..Too bad you’re not my type, because you are really fuckin’ hot.” She would be like, “What??? Well honey what is your type?” See how immediately she starts qualifying to me. I had this happen each time I delivered this false disqualifer.

Another major realization is in clubs, women love to be touched so you must initiate and escalate touch as soon as possible. I have a set number of touching routines or moves I do. If I get a good response I will then screen, or pull for isolation as I did with a hot British nurse last night to the couches within 5 minutes, because I got some really steamy touch happening with her.

Rule #4. Give Your Friends Props

I also befriended her friends and asked them if it was okay if I borrow her. They said “yes” because I won them over and gave a great accomplishment intro to my wing. So naturally if my wing is a high value guy, then I must be too, so they don’t mind hanging with high value guys.

Guys if you go out with a wing, give him a great avatar or accomplishment intro. It will make the difference between isolation and being nexted.

Talk to everyone, including mixed sets with guys. I would go up and put my hand on their shoulder and say, “HEY Bro, get this man.” This would do two things.

#1. Disengage him, show him that I am alpha and build instant rapport.
#2. Shows the women around that you have a stronger social value structure than most men she meets, more than the guy and when you own the guys, you own the women as they will certainly follow you.

I also always ask, “Hey guys how do you know each other.” Must do that, before you screen or give IOI’s to the girl, because you need to know the relationship dynamics between the members in the group.

I always put on the show and act and persona that I am a VEGAS PIMP.

I act cocky, have a loud dominating vocal projection, grab girls, pimp talk them, push them away, tell them they have to earn me, tell girls I am an asshole who is not nice, but a lot of fun, tell them that I think girls here are not up to my standards. Go up to hot girls and ask them where I can go to meet really hot women. This would immediately make them attracted and qualifying themselves to me that they have what I want.

I’ll do one initial round of building attraction, then go game adjacent sets, social proof, then re-engage sets. If I would see my girl being gamed by another guy, I would just leave it as he is probably going to tool himself. And low and behold many guys blew themselves out last night, and then I just had to go in and say hey babe and they were so excited to see me.

If a girl on the other hand was being talked to and approached by a nice guy, losers trying to buy her a drink and she wasn’t feeling them, I would say, “HEY BABY, come here,” and took her by the hand and away. After that the chicks jaws dropped and then they were all re initiating me and touching me.

#8. Come With A Stronger Reality

These tall 6′ 6’’ guys were trying to buy these two girls a drink and I went up to them and say, “Hey man. Can you buy me a drink to. You’re such a nice guy. Isn’t he such a nice guy,” I said to the girls in a sarcastic way. They got it and started laughing. Bottom line here. As long as you are more alpha and maintain the frame, not even a giant can stand up to you. Always come with a stronger reality.

#9. Misinterpret Everything As A Come-On

If a girl complemented me on my glasses, I would say, “Yeah you like me. You don’t like my glasses, that was just an excuse to talk to me. By the way my name is Maax if that is what you are wondering.” They would be like WTF in a good way and we would chat. Always keeping in mind that you have to be ultra high energy, vibrant and playful.

Do not open with boring shit like, “Excuse me, or can I ask you a question” but rather, “HEY GUYS CHECK THIS SHIT OUT”

See, when you come into a group you come like a steam roller and topple what they are saying with your upbeat, ultra positive, cool, powerful opener and body language.

Then you can start to play them against each other… nickname them, make friends with the group, all while negging the friend you want. You make eye contact with everyone in the group, always have a playful smile, tell them cool stories, show them cool things, tell them about your cool trip to LA or Europe. She’ll notice.

When you neg a friend, it is to disengage the bitch shield, not to insult her character. Then you can pick her up and accept her for something else. Pretty soon you are making her security in herself ride on your wave of push/pull, negging/acceptance, screen/accept.

Here is how you pickup with a wingman.

The wrong way: You approach in tandem or together. Makes you both look like a bunch of fruitcakes that need each other. You both look like you have no confidence and convey low social value.

To add to this tandem approach, the PUA will talk to both friend while the wing will just hang around often behind the set. This lowers his social value and the women will see that you are hanging with a guy with low social value, so you must be of low social value and you are GONE! Or they will say, “Okay we have to go to the washroom,” or to the bar or some excuse to get away from the boredom-bringing, low value males in the club.

So here is the way to properly wing:

Let’s say you see a two set. I will approach the two set ALONE and then I will do an “accomplishment intro” for my wing that will join me in a few minutes.

I will say, “Guys I’m going to introduce you to my friend, X. This guy is Mr. Socialite on Campus, and he always has an entourage of women around him. What a loyal guy he is too. Always there when I say ‘Hey man we gotta roll.’”

This does three things:

1. Gives him instant social proof and thus high social value
2. Conveys he is an alpha male, as he is surrounded by women and that he is pre-selected.
3. He is loyal to me. Conveys that there must be something special about me, that I must have high value for someone to be loyal to me.

And because I am hanging around with a high value guy, I MUST BE HIGH VALUE and all of this is conveyed by my accomplishment intro.

So guys, have an accomplishment intro for your wings.

This way, when my wing goes back to interact with the friend, she knows she is talking to a high value guy, because I massively beefed up his social status and she will then infer or rationalize that I too must be of high value and will not drag the friend away from me.

Now in case my wing and the friend aren’t getting along, or the wing screws up and the friend brushes him off and goes back to the friend, she is totally diffused because of the good things my wing told her about me when we exchanged partners. This is exchange theory and works like magic.

My 5 Quick Tools to Sleep Better! 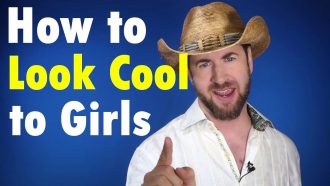