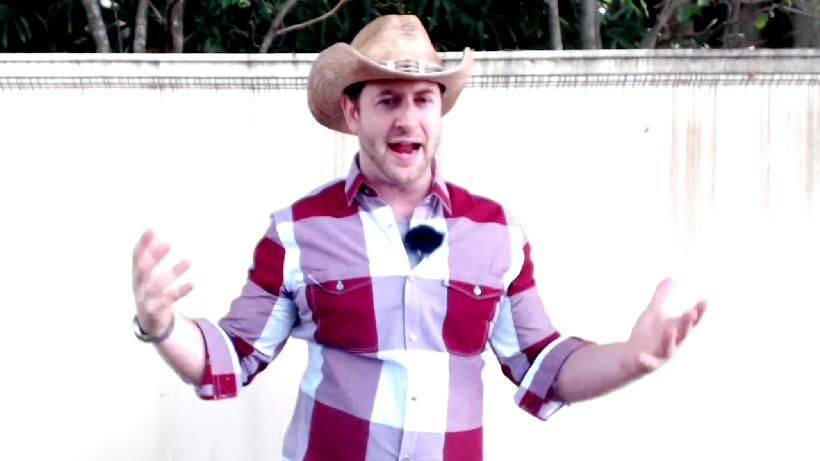 I have a buddy of mine.  Great guy.  Great guy.  He’s responsible.  He’s hard working.  He’s morally ethical.  He has his head screwed on right.

But he doesn’t get laid, he repulses women, and this is why.

Like all human beings, naturally, he seeks good emotions.  He moves toward pleasure, toward good feelings, and away from pain.

And the way he goes about this is, pretty typical of successful men.

At a party, he’s largely dependent on alcohol to loosten up and get out of his shell and become more free and open and sociable.  So alcohol plays a part in seeking pleasure.

What he’s done is, in effect, created a little ecosystem bubble, a type of lifestyle structure and habits, that feeds him good emotions and moves away from pain.

And every one of us, likewise, has created our own little ecosystems and sets of habits and routines, to feed ourselves positive emotions and move away from pain, although of course we all go about it in our unique ways.

The thing with Bob though, is that his lifestyle ecosystem that he’s built up over the years, is completely dependent on deriving his good emotions from outside approval, and outside stimulation.

So he’s not practiced being happy and feeling like a 10 out of a 10, just on his own.  He doesn’t know how to generate positive feelings from within, he looks for how he’s supposed to feel, completely from without himself.

Because he’s built a precarious ecosystem where his happiness is completely dependent on the whims of others.

For example, if Bob has problems with his boss, and he gets all moody and in the dumps.  He’s in a bad state.  If Bob lets down his parent’s expectations, he feels shitty and resentful.  When there’s nothing good on television, and his state falls and he gets bored.

Now he was interested in learning how to meet women, because he had broken up with his girlfriend recently, and I told him I’d help him out in that department.

No problem, so the two of us went to a bar that he goes to sometimes, that he already felt comfortable in.

And we’re winging together.

And you know, a lot of the typical, common beginner problems rear their heads.

He’s super nervous to say hello and introduce himself to girls.  Why?  Well one reason is that he’s deeply wanting their approval of him.

When I did push him into talking with a girl, a lot of the conversation was about trying to impress her by having “the right thing to say”, and being try-hard to get good reactions.

“Please, please I don’t feel positive emotions, so please let me know I’m alright and fill up my cup with good reactions to make my feel okay about myself.”

He’s going up to each girl as a beggar basically, begging the to make him feel good.

And when he doesn’t get it, his state crashes… when the girl doesn’t want to talk to him, he feels like shit.

You know, instead, you want to be generating good feelings and positive emotions from within yourself, so that you’re a never-ending factory, a bottomless well of good emotions, that you can freely give and project and extrovert to every and any girl you talk to… and use state transference (whatever you feel, the girl will feel), to attract the girl to you and make her feel excited and comfortable.

An Analysis Of What Was Happening

But look, in the case of my buddy, the way he was and acted, made perfect sense, given that his entire ecosystem of getting positive emotions, back at home and at work, was completely based on *other* people giving him approval.

He was completely dependent on his boss giving him that gold star, that he did well at his job.  He was dependent on outside stimulation in the form of passive entertainment to make him feel good.  All positive emotions from external sources from outside himself.

He had NO PRACTICE generating his own positive emotions from within.  He had no practice self-generating good feelings.

It’s not that he didn’t know how, it’s that wasn’t even AWARE that he could generate his own positive emotions endlessly and in abundance.

The bubble ecosystem that he built over years, didn’t operate that way.  His ecosystem was built to feel good by seeking external approval from others, or feeling good from external stimulation, like TV.

So naturally, he carried that same method of moving towards pleasure and moving away from pain, through external stimulation and external approval, to the bar and to meeting girls.  I mean, that’s natural.

And thus he walks around the bar, and with life in general, with his empty cup, full of holes in the bottom, that can never be filled, completely dependent on others whether he will feel good or bad, moment to moment.  And that’s tiring, that’s stressful… a couple hours of that, and that’s exhausting.

Bob seeks validation from everyone at work and in his personal life to feel good, so why wouldn’t we carry that same trait into the bar and with girls as well?  That makes perfect sense that he would do that.

“I Want A Girlfriend” Syndrome

And what you see over and over and over again, with guys that have built up ecosystems for generating positive emotions, from external sources… is that, they want to have as little to do with meeting women and pickup as possible… they just want to “get a girlfriend”.

The “get a girlfriend” and get out of pickup syndrome.

They want to do as little as they have to do, because meeting women feels PAINFUL… why?  Because they’re walking around with an empty cup full of holes at the bottom, that can never be filled, and they’re subject to feeling terrible whenever a social interaction doesn’t go 100% completely well… and that’s PAINFUL.

And having a girlfriend, by your side, ALWAYS there to hug you and kiss you and sleep with you, and you can get approval from… a girlfriend to continually pour validation and approval and feminine warmth into that always empty cup full of holes… that’s what guys want.

And what you see over and over again, is guys dabbling in pickup, and the first or second guy they sleep with, they turn her into their girlfriend.  Even if she’s not particularly attractive and they could do much better for themselves if they hung in there longer.

Really, they want the girlfriend above all else, to fill that always empty cup every day with good feelings, because they can’t generate the good feelings on their own.

So very commonly, you’ll find that guys who have built up lifestyle ecosystems of moving toward pleasure through external elements all tend to have the following:

Number #2. They’re concerned with impressing others, and winning over girls by being the provider

Number #3. They like the idea of pickup, but they find going out tiring and exhausting and emotionally draining

And number #4. They really just want a girlfriend to add to their ecosystem of external forces that they can leech off of for positive emotions.

Why External Ecosystems Fail In Pickup

Picking up women, attracting women, being an attractive guy… if you want to succeed at a higher level, like if you want the hotter girls, or multiple girls… it doesn’t work that way!

Picking up girls… is much easier and far more fun and far more rewarding and successful, when you can self-generate your own positive emotions sans of approval, sans external stimulation.

Picking up girls is far more successful when you build an ecosystem of habits that generates positive emotions from within you, from yourself.

What You’ve Got To Do

So here’s the thing.  Here’s the crux of the argument.

The question is, are your habits and what you depend on, based on an ecosystem of EXTERNAL sources to leech good feelings from, from outside yourself…

Or are your habits based on strengthening your ability to generate positive emotions, from within.

A quick example of the difference, is creating an ecosystem habit where you hit the gym and lift heavy weights, where you eat a clean healthy diet with lean meat and vegetables, all so that you have the sheer energy to go out and be social every day and kill it every day…

Whereas when you derive pleasure from external sources like the cheap pleasure of eating junk food and sitting on the couch, being comfortable, then your physical body *doesn’t* have the energy to go out and meet girls in a sustainable way.

Now my friend Bob had a build an ecosystem soley based on the *external* — he surrounded himself with an apparatus for deriving pleasure from external sources, external people, external circumstances… and thus, he naturally tried to fit picking up girls as one more EXTERNAL element for drawing happiness from, and using girls as one more EXTERNAL element for chasing after positive emotions from outside himself…

And thus, of course, the approach anxiety, wanting to impress, getting tired quickly, fantasizing about a girlfriend as an external source to leech good emotions off of.

So what you want to do, so that you’re not like Bob and get discouraged and give up so easily, is start building a robust ecosystem, a set of habits and mindsets and daily routines, that allow you to draw positive emotions and positive feelings from within, independently of the oustide environment.

You want to start cultivating a 360 degree lifestyle, that facilitates good emotions coming from within.

That means pro-actively doing positive self-talk inside your head, instead of grasping for praise from your co-workers or friends or family.

It means hitting the gym to pump up your muscles and get that adrenaline kick and testosterone kick and dopamine kick instead of “chilling out” on the couch looking for extra thumbs up of approval on say, Facebook.

It means listening to inspiring audio books from your favorite authors and mentors, instead of flipping through the channels on the TV, looking for your next passive entertainment fix.

It means having the goal to go out and express yourself, express your emotions, express your good feelings, instead of the goal being to get a girlfriend to leech positive emotions from or trying to leech acceptance from every girl you talk to.

It means learning to enjoy the PROCESS of your job or work, enjoying the individual moments of it, instead of looking for external forces like your boss to use carrots or sticks of punishment to motivate you.

You want to build an ecosystem of habits and processes that facilitate the INTERNAL generation of positive emotions, where you can create an abundance of positive emotions from within, out of thin air, at your control… and THEN you’ll find meeting girls a lot easier, a lot more fun, and paradoxically, that’s when you’ll get far better reactions from them as well, and you’ll be far more successful at quickly generating hard, get-her-wet between-the-legs attraction.