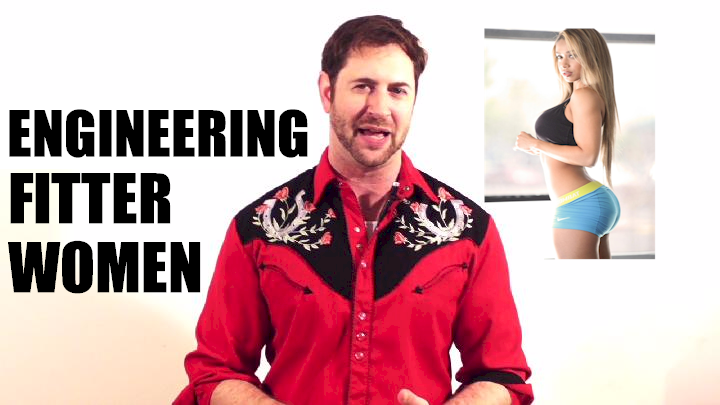 Imagine an America where all the women are physically fit with hot bodies… instead of flabby and overweight.

Imagine an America where even the older women in their 40s and 50s are rocking hot bodies and keeping up appearances… instead of hitting the wall at age 25.

Imagine an America where instead of men leaving to go to other countries on the search of beautiful women, that single guys actually come to the U.S. simply because the U.S. hands down has the hottest girls in the entire world bar-none.

And as a bonus, greatly enhance both the well-being and happiness of both men and women alike.

Well, here’s just a thought experiment of how that could actually be possible with a few changes in economic policy.

The first point is, pay women to work out with heavy weights and do resistance training.

#1. Every time a woman takes an approved fitness class, she gets PAID $10 just to show up and complete the class.

#2. Training with a personal trainer for heavy weights and resistance training is subsidized at 80%.  So if a session is normally $80, she pays just $10, and the rest is covered say by her health insurance company who is reimbursed by the government.

#4. As for high-calorie junk food which destroys women’s femininity and is a scourge of modern society, items like ice cream, cookies, and frozen pizzas would be taxed and used to subsidize natural foods like fruits, vegetables, and lean meats.

So you no longer have situations where 2,000 calories of fat-saturated potato chips is cheaper than a green salad.

In short, you’re creating a situation where a woman is actually paid to look hot.

Paid to feel good about themselves.

Paid to be physically healthy and in shape.

And those subsidies would essentially pay for themselves as you have less people taking diabetes medication, showing up in the hospital for cancers related to obesity, and so on—all this very expensive medical care would be eliminated.

Guys would feel a lot happier, being surrounded by hot women everywhere.  Thinner, healthier people would mean there’d be a lot more fucking going on, which makes everybody happier generally.

Now, of course this would never fly politically as it’s not exactly PC.  And most people don’t view fitness as something they want or as a basic right, they view it as an ugly task, so there’s no political base to campaign for such policies.

But, you never know, those policies could appear on a city-level as a political experiment one day.

Because right now, our society rewards women for being overweight.

The cheapest, most convenient food is all laden with fat.  And it’s on every street corner in the guise of temptations—fast food restaurants, convenience stores, and grocery stores where entire aisles are stocked with ice cream and potato chips.

So women look feminine from age 16 through 21, simply because they’re young and their metabolism is screaming fast, and they look good despite all the crap their putting into their bodies, despite their bad habits, despite the lack of exercise.

And then in their early 20s, their metabolism slows down, all those bad habits catch up with them, and they hit the wall.  and they have bad posture from lack of muscle, big belly, chubby face, and then they don’t take care of their appearance either, like hair or nails or dress in a feminine way.

But the policies I’m proposing would change everything and bring great happiness to both women and men.

What do you think guys?  Agree?  Or do you see any holes in my plan?  Let me know what you think below, just leave me a comment!   Thanks! 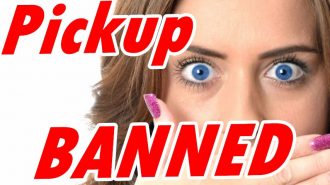