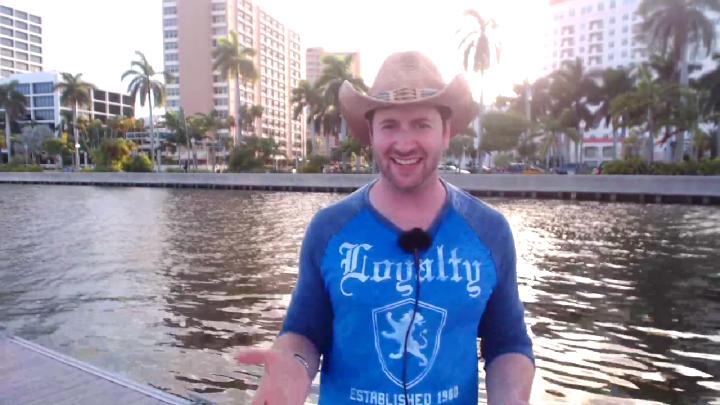 I’m going to show you how to step into and practice different niche identities, that will vastly help you to get that particular girl that you’re crushing on, whether she be from school or from work, or you’re crushing on her from afar… and talk to her and get her panties off, naked, and into your bed.

Now we have our own particular identities, our own personal thoughts, and beliefs, and mannerisms… and that’s the identity we practice every day, that we practice all day.  And in a sense, we’re stuck in it.

What I’ve done over the years, is I’ve constructed new identities that one can step into as a daily drill… a daily drill that often I use myself.  And by stepping into these different identities one can practice and strengthen different aspects of being the ultimate attractive man to women.

The first identity is the Risk Taker.

It’s built into our code as human beings NOT to approach women that we don’t know, because in past times, approaching an attractive woman could get you fucking killed.  For example, if you approach and hit on the tribe leader’s girlfriend, he could simply pick up a rock, and BAM!  Bash you on the head with it, and you’re dead as a doornail.

That’s why we have innate approach anxiety — it’s an instinctual response meant to protect our survival.  And approach anxiety is something I definitely feel as well, particularly the more attractive the woman is.

So I’ve constructed an identity, which I practice, where I step into the shoes of the Risk Taker.  Where I get a thrill and a happy adrenaline rush from taking risks.  Where I’m almost a one dimensional cartoon of a guy that says, “Looks impossible?  Awesome!  Go for it!”

And sometimes with funny results.  Just the other week I was practicing this Risk Taker identity, and during the day I spotted this really stunning woman in a plaza surrounded by 4 dudes.  She had her high heels on, a nice dress, her hair was all done up.  And the men were good looking too, dressed in suits, better dressed than I was.

And your first instinct naturally, is “No way, you can NOT just go up to her — that would be very fucking socially awkward as fuck.”  Right??

But I was so steeped in this identity for the moment, that I was thinking to myself, “Okay now’s my chance for the big risk!  Good feelings… let’s dooooo it.”

And I went up to her, and I was like, “Heeeeyy there… my name is Jesse…”, and I took her hand in mine in a handshake, and I looked her up and down, and said to her, “You’re dress is quite amazingly stunning…” and it went from there.

And though it was socially awkward of course, it wasn’t nearly as awkward as you might imagine because I kept my cool and I didn’t react as if it WERE socially awkward.  Instead I reacted as if it were a perfectly normal thing to do.

It doesn’t mean you need to do socially insane approaches — but stepping into a risk taking identity can help you to overcome innate anxiety, and give you the balls to man up and get that particular girl you’re really crushing on.

Another identity I like to step into and practice is being what I call “the douche bag”.  Because although we all know that “nice guys don’t get laid”, which is generally true, the reality is that we’re acting like nice guys all the time and we’re afraid to step into other people’s spaces or interrupt them.

So that identity allows you to strengthen that part of your personality, and let go of being “the fucking nice guy” all the time.  So that you can more easily and automatically switch between those aspects of yourself when needed.

Another cool identity I like to practice is being “the Sex Addict”.  You know, most of us walk around effectively with our balls cut off.  We act like Eunichs.  Which is appropriate in many situations, you don’t want to be sporting a boner necessarily while you’re talking to your female boss or teacher for example.

But it’s good to practice being the sex addict to strengthen that aspect of yourself as a tool in your toolbox, when needed.

Where you’re just thinking about sex non-stop, and you’re walking around with a hard boner in your pants, and when you talk to a girl, you’re undressing her with your eyes and giving off what you could call a “sexual scent” of pure sexual pheromones that the girl will subtely pick up on.

A couple weeks ago I was practicing this identity, and I ended up talking to this girl on the train, and I was speaking to her about mundane topics, the weather for and travel for instance, but I had a huge boner in my pants for her because I kept undressing her with my eyes, giving her bedroom eyes, imagining her naked…

And my escalation stack was ridiculously simple— I gave her some casual touches while we spoke, and to an outsider looking in, it might have looked like two friends casually speaking to one another.  But she was picking up my sexual scent vibe so strongly, and I could tell that she was, that at one point I simply touched her chin with my hand… and gently pulled her into me, and began making out, SNAP, just like that.  And she had been a stranger only 20 minutes before.  That’s the power of this drill.

Another identity drill is assuming that you already know the girl, and that she’s a past lover of yours.  You basically assume that she’ll respond as an old time friend and be excited and happy to see you again and be 100% comfortable in your presence.

I had a strange incident once at a Starbucks, where I was doing some work on my laptop, and I looked up and saw this woman ordering coffee at the counter.  And it was a past girlfriend of mine that I hadn’t seen or even talked to in YEARS.  So naturally, I got up out of my chair and I went over to say hi.

So I went up and said to my past girlfriend, “Hey, this is so weird that we ran into each other, how are you doing???”

And then… I realized it wasn’t her.  This woman was a total stranger that just looked like my past girlfriend.  And honestly I was a bit shaken and embarrassed, and I said to her, “Oh I’m so sorry, I mistook you for a past girlfriend of mine.”

But because of the warmth and familiarity I had initially exuded, this woman, who I had never met before, responded with warmth and familiarity in return, and with a very surprisingly deep level of attraction for me.  And I actually walked away with her phone number, even though that wasn’t my original intention at all, not whatsoever.

What this life example illustrates, is the power of pre-assuming familiarity with the girl.  You’re pre-assuming a positive, familiar response from her to you.  And you can step into that identity where you’re already friends with everyone and all the girls are simply past lovers of yours that you haven’t seen in a while and you approach them in that manner.

It’s a fun drill that can give you some really surprising, eye popping results.

Another identity to practice is the self-absorbed narcissist.  Where you’re the top dog on the planet, where every guy is jealous of YOU, where you know you’re awesome and that’s why you don’t hesitate to go up and say hi to the girl.  And when a girl is too busy to talk to you, you feel bad for her because she’s just missed out on having her entire life changed.

And that drill right there, where you step into the shoes of the narcissist, will make you feel shockingly happy, and proud and on top.  Again, it’s not something you want to embody all the time, it’s just strengthening a part of your personality that is *already there*, but has just become very weak from lack of use.

And these drills of mine, can deliver surprising results very quickly (SNAP), and prepare you for approaching and talking to that one particular beautiful girl that you’re really crushing on, whether she’s a friend or an acquaintance, or a girl you’re admiring from afar, or a particular type of girl that you imagine yourself being with one day.

I cover all these drills and more in full detail in my coaching program, which you should absolutely get your hands on, and watch it from start to finish — and emerge at the other end, a new man that has the ability to take control of his destiny in his own hands, and be with the kind of woman you deserve.

Thank you for investing in me and being a subscriber.  I hope you’ve taken a lot of value out of this video, and for me, it’s been an honor shooting it for you…

Until next time guys, Jesse out!