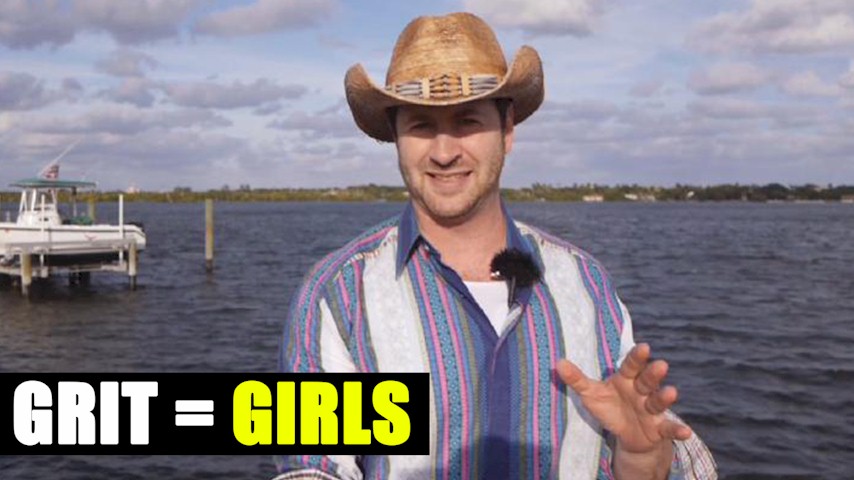 “Energy and persistence can conquer all things.” That’s a quote from Benjamin Franklin.

One of the biggest problems I see with guys first getting into pickup is that they lack grit. They lack determination. They lack persistence.

They don’t stick with what’s really going to make a difference in their lives.

I remember back in high school, I had this rather idea that I would learn how to play piano and use that to seduce girls. Now I signed up for some piano lessons. After about the third or fourth lesson, I realized damn, this is going to take a lot of work. This is going to be really, really difficult and I just gave up.

Now in retrospect, it was probably a good idea because the best way to leverage your time in terms of meeting girls is actually to do cold approach, not learn the piano. It pretty much would have been a big waste of time if I had followed through with it, but the analogy is still apt.

You don’t want to be that guy who sits down to play the piano, and after two or three lessons, you give up.

What studies have shown is that grit is the number one predictor of success, not how much money you make, your family background, or your IQ level, or your intelligence or how well do you do in school. But they found by tracking

people that grit and persistence with long-term goals predict success more than any other factor.

Basically, grit is just your determination to stick with long-term goals over time, not over days, not over weeks, but over months and years. That ability to see a future ahead of you and just stick with it and just punch through that negative emotion, keep punching through as much as you have to do until it sticks and totally you’ve punched through to the other side of the wall, and you start seeing successes.