Last year I traveled all through Europe. I was in the Ukraine. I went to Poland. I took a train down to Croatia, and then to Italy, and Denmark, and the Netherlands, and Germany. I was all over the place.

Over the years, I’ve actually traveled through South America and Asia.

For example, in northern Asia, northern China, Japan, and South Korea tend to be wealthier than Southern Asian countries like the Philippines or Thailand or Indonesia.

The same holds true for the Americas. You’ve got North America. The United States and Canada tend to be a lot wealthier than Central or South America like Mexico or Brazil.

Of course, there’s exceptions. I mean you’ve got like North Korea. It’s pretty far north, but there’s usually good explanations for the exceptions. I mean North Korea is under one of the tightest dictatorships on the planet. I guess it is the tightest dictatorship on the planet, and economic activity is not allowed. It’s an extremely isolated country, so there’s usually explanations for that.

Now the reason I think this happens is because in northern climates just to survive the winter, you have to have an enormous amount of stuff or as in economics, you would term that as capital.

For example, when I was in Thailand, a little back to the south here, I saw times mothers with their kids just living on the street in a blanket, and all they need is maybe some rice and some bananas – pretty simple food to survive because the winters there are extremely mild. I mean the winters are kind of warm, so you can survive all-year long sitting on a blanket, with a little bit of food.

Now that’s not completely possible farther north like when you are in Canada, or England, or Sweden, you would simply freeze to death. That would mean death if you do not plan ahead.

You would need to build a house with a good roof. You need to collect firewood to keep the fire all through the winter. You might need to build some pottery to store grain in.

You might need to have some animals, farm animals, and salt the meat so that it stays good through the winter.

You need to have more tools, building tools to build the house.

It takes a lot more capital.

It takes a lot more stuff.

If you don’t plan ahead very intensely, if you’re not thinking of the time all the time, if you’re not like obsessed with like how you’re going to survive the winter up inside your head in a focused manner, you will die.

So, I think this more like organized society, more organized focus up inside your head kind of mentality is actually a genetic adaption to northern climates in the same way that light skin is a genetic adaption because you want to capture more of that sunlight or darker skin. The sun is heating you all the time; you don’t need as much sunlight to produce like vitamin D, so you have darker skin.

Being more organized, being more punctual, it could be looked in a negative way, maybe being more neurotic and just up inside your head and less sociable and less gregarious and less fun is a genetic adaption that was necessary just to survive.

That has translated into modern societies where up in the north, people are more businesslike. People take business more seriously. There’s less tolerance for corruption.

Surviving on just $2 a day…

So because of that harsh environment, it kind of forces people in northern climates to step up economically because anybody who didn’t would die. Their genes would be weeded out of existence and they wouldn’t have children. They wouldn’t pass on their genes because they’d simply freeze to death.

What this means is that northerners I think generally tend to be more up inside their head. They’re more obsessed about punctuality. They’re more focused. May be in more modern capitalism, in some ways they’re better adapted a little bit.

Whereas southerners for example, I mean Spain has 30 percent unemployment rate.

Even though Spain has a 30 percent unemployment rate, they have great parties. You even see older people going out and partying, and dancing, and hugging and kissing. It seems more like a fun environment than up north, so there’s advantages and disadvantages to it.

One thing I want to point out is that this is just a tendency. There are certainly people up north who are more gregarious, more outside their head, more in the moment, more wanting to party and be loud and just you know they’re not as punctual because in genetics, that can be like a peacock. You can stand out from the crowd that way, so you’re always going to have outliers in every situation.

Same thing with southern countries. You’re going to have people that are outliers, that are more inside their head, more punctual, can focus more, can plan ahead more naturally because those look like good traits when the whole population in a certain stand out and attract females that way.

You’re just always going to have outliers. Even just tendencies, you’ve got to judge every individual separately.

Jesse, so how can this help me get GIRLS?

Another thing to consider now as we relate that back to picking up women, which is the point of this, is that let’s say that you’re a guy who is like really inside your head. You’re kind of introverted. You’re punctual. You’re focused, but almost to the point where you kind of see that it holds you back in other ways like you get nervous talking. You’re not very talkative. You kind of stay to yourself.

Well, those traits can look attractive and exotic to say women in the south who it’s just like you’re going to give up a different vibe. Instead of seeing that as nerdy, they might see that as like a good provider type or someone who just stands out from their population.

Just like having that white skin in an environment where everyone has dark skin, it’s going to make you stand out and look attractive. In the same way that a darker-skinned girl, she might stand out in the north.

So in Canada where people are kind of conservative and everything, if there’s a girl from the south, she’s more partying and fun and gregarious and more emotionally open or more physically open, those could look like very exotic, attractive traits to people in the north.

Accept yourself and others!

So I highly recommend that you travel when you get a chance. There’s all kinds of really cool cultures. Experience different ways of life and just embrace every culture that you come across and have fun with it and live in the moment and just enjoy.

22 thoughts on “Why Northern Girls Are Wealthier Than Southern Girls” 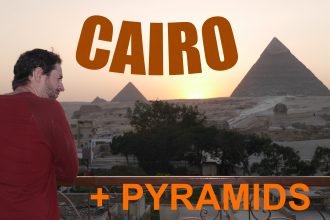 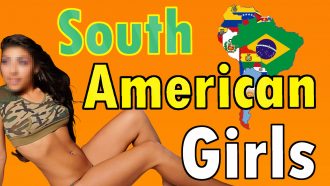 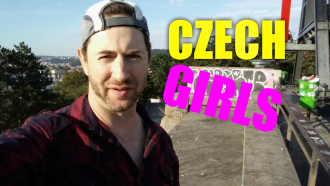 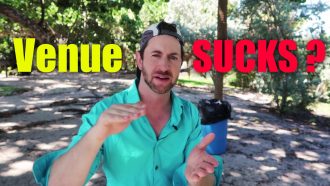 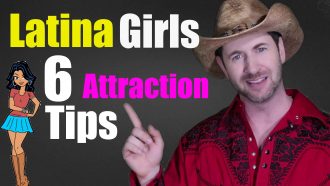