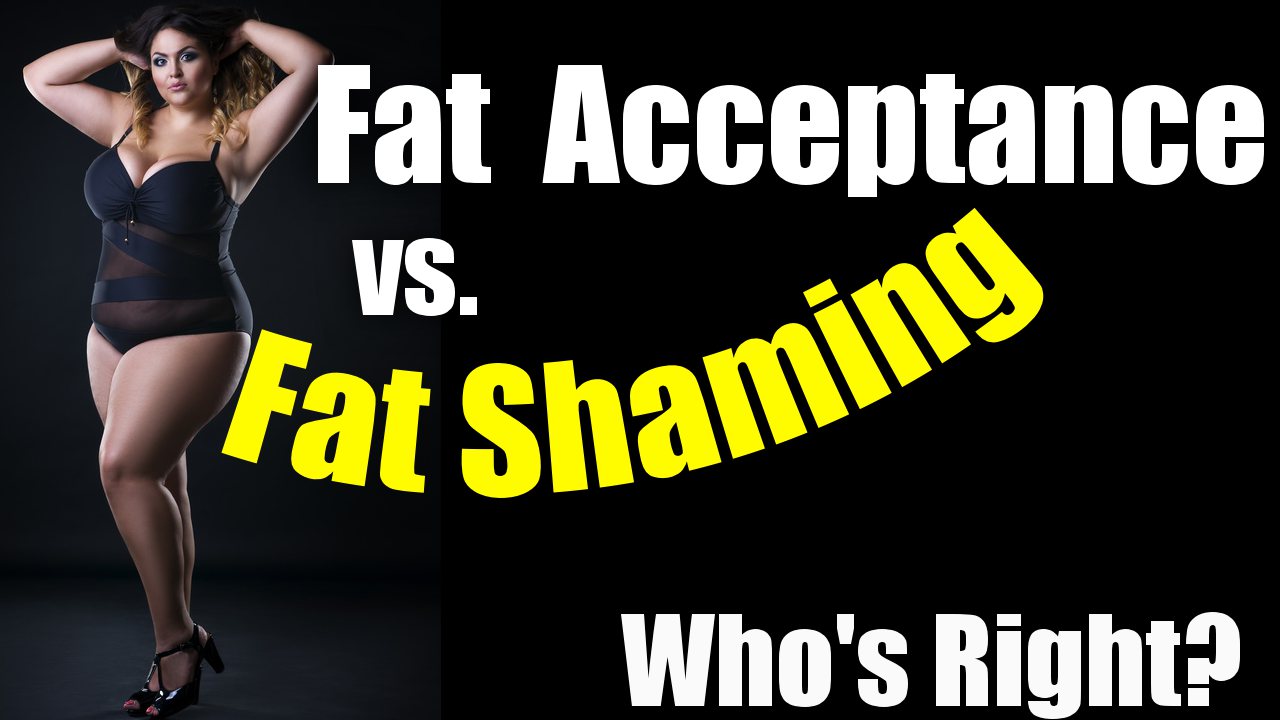 Fat Acceptance vs. Fat Shaming – A Lesson For Success!

I was listening to the song by Alessia Cara, Scars To Your Beautiful, and the lyrics go, “You should know you’re beautiful just the way you are; and you don’t have to change a thing; the world could change its heart.”

Girls will get bullied for all sorts of reasons particularly by very petty people that are not looking after the girl’s best interest. It’s just a power play coming from a very petty place, and this can result in a lot of psychological damage.

They can develop all kinds of psychological problems, and it’s a very big problem in our society.

What these songs are doing is saying, “Listen! Don’t listen to these bullies. Don’t listen to other people. Don’t care about what other people think. You’re beautiful just the way you are. You don’t need to change a thing. God made you a certain way so to speak, and be self-accepting of yourself.” Self-acceptance is the path to happiness, so these songs have a very beautiful message in that regard.

The Limitations of Fat Acceptance

Now the flipside of the coin is that some people are going to say, “Okay, maybe that’s a very nice idealistic message but these songs are creating a health crisis in our society where this fat acceptance just creates a culture where being fat is perfectly okay,” and being fat has all kinds of health implications.

People who are fat are typically going to be more depressed. They’re going to have all kinds of health issues.

They’re not going to be able to do what they want to do in life and this fat acceptance, just shameless fat acceptance creates all kinds of problems in our society. People should be thinner. People should be looking after their looks. People, if they really took pride would dress properly, would dress masculine or feminine, and these songs kind of have a bad message.

Neither is a Complete Picture

Now there’s a kernel of truth in both and neither sides of the argument are the complete picture.

Why not listen to all the bullies out there? Why listen to what other people think of you? Accept yourself for what you are and don’t beat yourself up over it

But if she was truly self-accepting and worshipped her body as it was her temple and truly cared and loved herself, on the other hand she would follow that up by taking massive action, by getting to the gym and start lifting heavy weights, by doing cardio, by starting to eat properly, by nurturing her body with nutritious green foods, with vegetables.

There’s two sides to the coin; a girl who was completely self-accepting with self-confidence and loved herself and loved her body would be doing both. She accepts herself how she was in the moment but she followed it up by reaching for health, by dressing better, dressing as if she felt 100 percent confident, dressing more feminine and acknowledging that looks count for something in society.

Meghan Trainor, she has this body acceptance message in her music videos and yet she’s wearing makeup. She has her hair done. Recently she’s lost weight. Alessia Cara obviously looks like she works out, takes care of her body, eats right, does her makeup, does her hair, dresses well. There is this acknowledgment that how you appear to the world counts.

Just like if a man goes on a job interview.

He’s not going to get very far if he is wearing flipflops and a dirty shirt and he has a big potbelly and he has hair armpits and he smells and it doesn’t like he’s ever brushed his teeth. He’s probably not going to land the interview compared to the guy that’s dressed in a suit and works out and obviously eats the right kind of food and takes care of himself. Appearances count.

It doesn’t mean that the bullies are right. Obviously that’s a shame that goes on with bullying and putting women down for their looks when it’s coming from this evil dark place from the bully, but acknowledging that how you appear will help you get ahead.

The Same Rules Apply To Men

The same rules apply for men.

You could say to him, “Hey, bro, don’t worry about what other people think. You’re perfect just the way you are. You need to have self-acceptance, and if a girl doesn’t accept you for who you are, then fuck her. She’s just a man-hater, right?”

Now there’s an element of truth in there because if he was truly self-accepting on a very deep level, he would even despite all his flaws, he could still approach a girl with zero approach anxiety, with zero hesitation.

If he truly accepted himself, if he truly thought he was enough, he would have no problem going up to the very hottest girls and talking to them and looking utterly confident. He wouldn’t be filtering everything that he says through his head, trying to say the right thing. He would just say whatever came across his mind and he would be a good conversationalist.

Even though that self-acceptance is an important first-step, it has to be followed-up by taking massive action.

It’s not enough to just say accept yourself. It has to be followed up by taking massive action. That’s the advice that that guy needs to hear. It’s the same with Susan or a girl who is overweight or not taking care of herself.

Yes, self-acceptance is important so you’re not listening to the bullies. You’re not getting beaten down, so your self-confidence is not getting shattered more than it already is but it has to be followed up by taking action, by dressing in a reasonable manner, by start lifting heavy weights and start putting on a little bit of muscle, to start increasing your metabolism to get rid of the fat for yourself so that you start feeling healthy, so you can start respecting yourself, so you can start feeling good about yourself, so you have more energy, so you have more time, so you can do the things that you want in life.

It’s not necessarily to impress other people but it’s also just acknowledging the fact that in this world, the reality of it is that looks count for something, that how you present yourself counts for something if you want to be successful in this world, which brings us back to these pop songs in popular culture.

Why The Media is One-Dimensional

It’s understandable why they’re one-dimensional, why they just say just love yourself, just accept yourself and don’t listen to anybody else. There’s a kernel of truth in there, but it’s also a very, very simple message.

It’s a one-dimensional message. Because it’s so simple, you can fit it easily into a 3-minute song. Its’ also very feel good so it sells. It’s very marketable.

It also lets the person off the hook for taking any responsibility. A lot of these things are saying, “Look, you don’t have to take any action. You don’t have to change yourself at all. You’re 100 percent the victim; everyone out there ‑ the world is evil; it’s out to get you.

But again, the real solution to this is start with that pop music about accepting yourself, but then taking massive.

The equivalent of the pop song for men in pickup culture would be like, “Dude, you don’t have to change anything about you. You can just remain exactly how you are. Just learn this magical pickup like, just learn this magical technique, and with this technique, you can start dating models. You can start dating the most beautiful women in the world and if they don’t do go it, fuck them. Again they’re manhaters. Screw them! You don’t have to change anything about you. You’re perfect as you are.”

That’s not a good message to hear. Again just this fat acceptance with no follow up, with no action is also one-dimensional and it’s not really the best message for women to be hearing without the follow-up of taking action.

I’d like to think that I have shed a little bit of light on this subject where there’s just one-dimensional fat acceptance is not a complete answer, and in a way it does a disservice to girls. It does disservice to men as well.