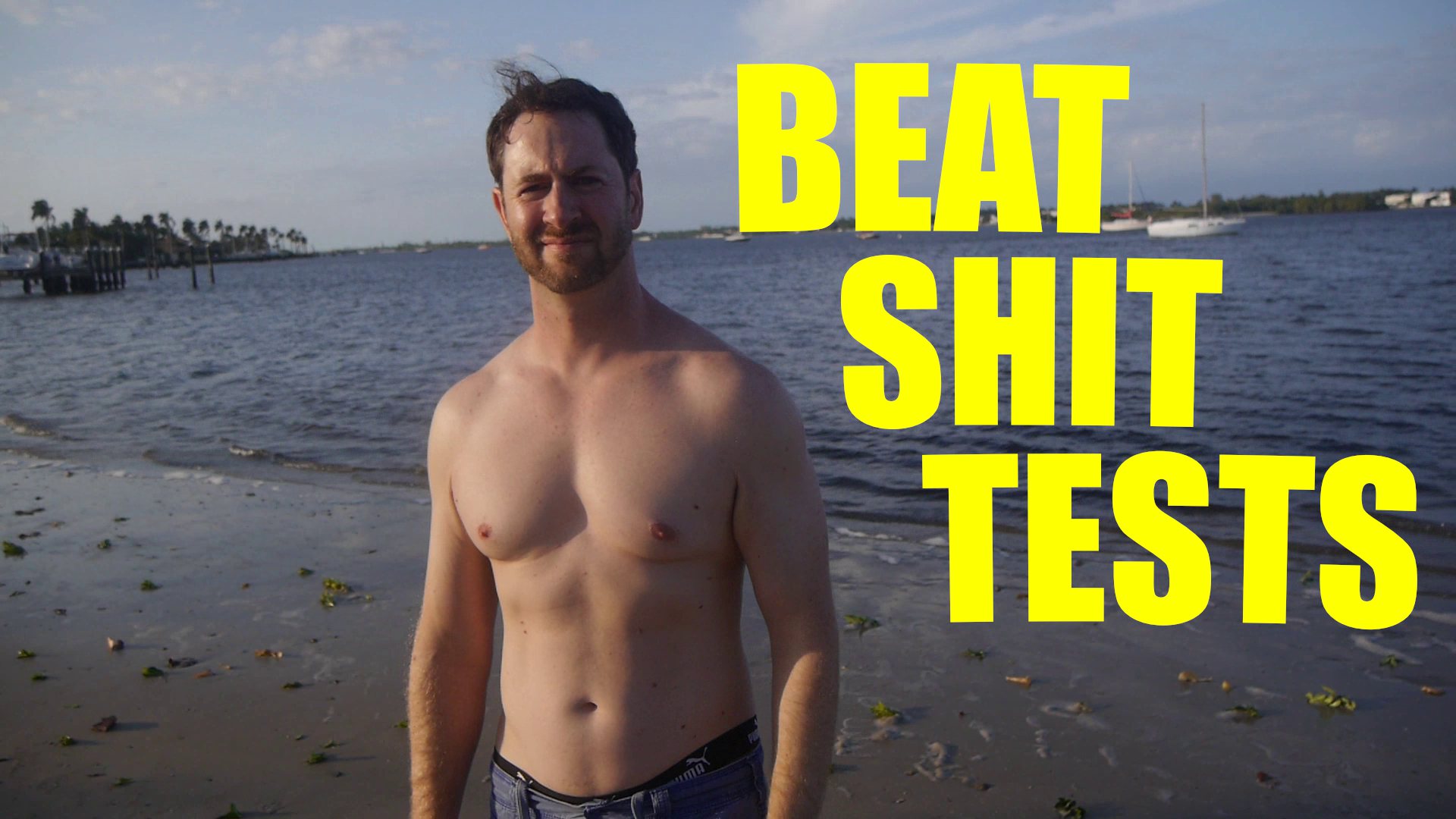 I want to talk about passing congruence test, passing shit test in a very simple way that’s easy to pull off and will accelerate the sexual attraction a girl has for you. So instead of dreading getting flak from a girl, instead of dreading getting the shit test, you actually look forward to them because they speed up the seduction process of getting the girl into your bed.

Now a common typical shit test might be like, “Oh, you’re too short for me,” the girl tells you or, “You’re acting kind of weird,” or, “Are you trying to get into my pants?” Or, “Are you a player?”

In most guys, it really is a façade, so she can puncture it very easily and he crumbles internally inside. She’s dictating how he feels, so now he feels bad. He feels like, “Oh, the girl is a bitch,” or she doesn’t like me.” He very quickly just bounces out of the set. He leaves.

In reality, you want to look forward to getting the shit test because it does mean that a girl has some sexual for you. It does mean that there is a sense of this male-female polarity.

So if she is giving you flak, that means she does feel some sort of sexual attraction to you. She simply wants to see if you are the real deal and by shit testing you and you passing those tests, she’s actually going to get hornier.

How To Pass Shit Tests

So the question is how do you beat the shit test in a way that will speed up sexual acceleration with a girl? And it’s pretty simple to pull off.

Well basically, the girl is trying to box you into a particular frame. What you want to do instead is just embrace that frame and have it feed into your own frame and a great frame to have is sexual misinterpretation.

So for example, a girl might say, “You’re too old for me.”

You could be like, “Yeah, I could be your daddy, girl. What is it about older men that you like so much?”

Or she could say, “Your shirt is ugly.”

Or the chick might say to you, “You’re kind of a nerd.”

And you could just say, “Yeah. What is it about nerds that you like? Why are you so attracted to me?”

What all those responses have in common is my inner emotional state remains unaffected. I’m unreactive. I’m simply blasé of whatever the girl is throwing out at me. I’m not emotionally reacting to her in an overly positive way or an overly negative way. It doesn’t affect my inner emotional state and it’s almost like, “Thank you. Thank you for giving me this shit test because it just feeds into my reality of sexual misinterpretation. I almost just want you. I’m begging you to give me this shit test because that way, I can make it all about sexual misinterpretation and turn the entire frame around.”

Embrace Whatever She Throws At You

So embrace whatever the girl throws at you and suck her into your reality.

In my reality, being older is better than a young guy. In my reality, having fine lines on my face is better than having smooth skin. If I’m wearing a black shirt, that’s the best type of shirt to be wearing. If I’m wearing a red shirt, that’s the best shirt to be wearing. If I’m out alone, that’s way better than being out with a bunch of buddies. If I’m out with a bunch of buddies, hey that’s way cooler than being alone.

Whatever your reality is, just suck her into that, make her believe in that reality, hold that frame, and you will pull her in, and remember girls want you to win.

So basically think of the girl as being on your side. She’s throwing you these softballs that you could easily hit back at her and she’s throwing them at you to help further the seduction along. She’s doing her part to help you get her into bed so that she can feel those good feelings.