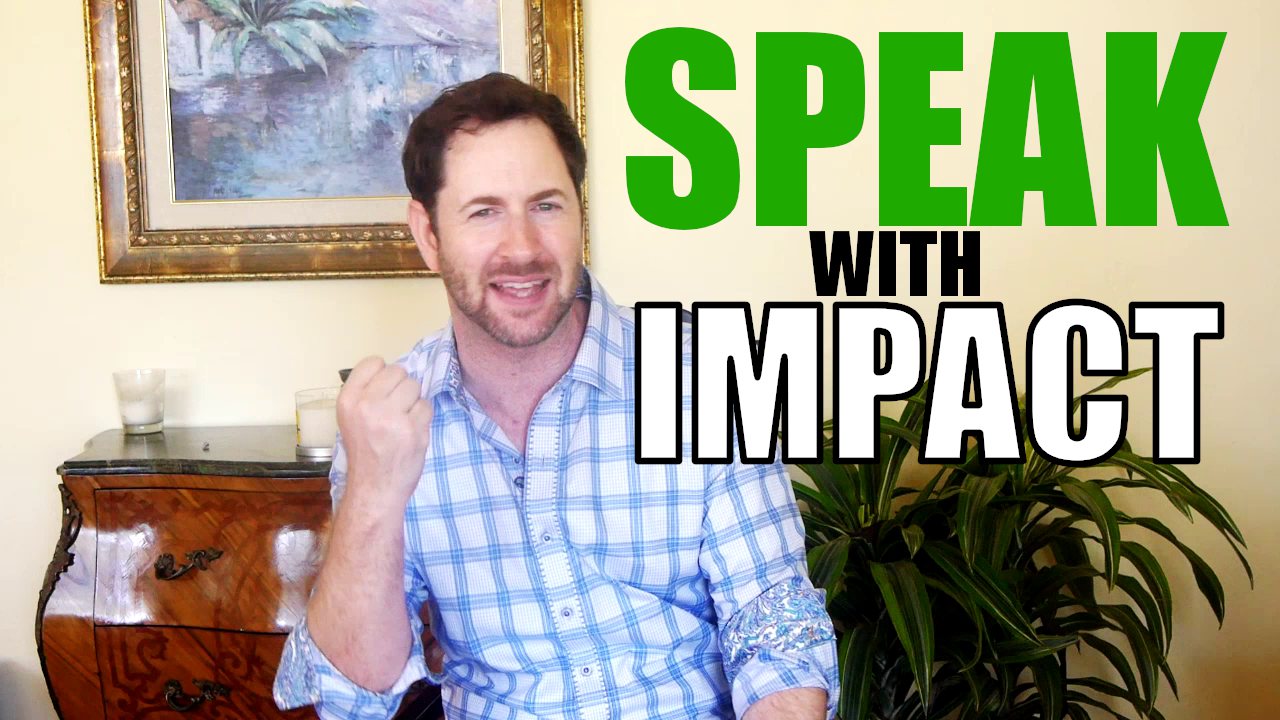 I want to share a tip that will get girls hanging on your every word and stay engaged in what you’re saying, and that is if you want to speak at an impactful pace.

You want to speak with impact, and that means slowing your words down.

Rather have it than having this frantic energy of speaking too fast where you’re a little bit nervous, you don’t feel entitled to have that girl, and you’re almost coming across like you’re trying to sell yourself, so you speak quickly and you would want to pass over any kind of uncomfortable silences. You’re like, “Hey! What’s up! How’s it going? Where are you from? What are you doing? Blah, blah, blah.”

Your intentions are good, and it’s good to have high energy versus having too low energy that is too boring and utterly monotone or not, going up to the girl at all.

But you want to be slowing things down because the girl can sense that you’re not feeling that comfortable and you’re coming across as kind of a weird guy like you’re trying too hard like you care too much about this interaction going well.

Even if you were saying like the coolest shit ever, you’re still coming across as a guy who’s kind of a nerd pretending to be cool or you don’t really think you’re cool even though you’re saying cool things.

The other problem with this is that that frantic energy is just draining and exhausting. It’s not sustainable.

So if you go to a bar or a club and you got this overly frantic energy where you’re just talking real fast, you’re going to get tired real fast.

It’s not going to fun and you will probably give up on going out and meeting girls because again it’s not just sustainable. You can’t keep that up.

Now I’m all about – one of my big things is about minimizing effort. You don’t want to do more than you have to.

You don’t want to be expending more energy than you have to, so one way to conserve energy to make pickup more sustainable is you want to be coming from a place of entitlement but you also want to be slowing your words down, so your words are sticking like molasses.

You’re taking these pregnant pauses. You’re coming from this place of being chilled and calm and centered, and you’re kind of moving deliberately and you’re making good eye contact with the girl, and you can have plenty of pauses. You can be like, “Hey, what’s up…how are you doing…what’s going on?” Nice long pauses or if it’s a compliment, “Hey, there…you are…absolutely adorable. I have to tell you.”

What this does is it causes the girl to feel anticipation for what you’re going to say next because it’s nice and slow like sticky molasses with these pregnant pauses.

It makes the girl more engaged and interested in what’s coming up.

Also if you’re coming across as nice and comfortable like you deserve to be there, you don’t need to rush through, you’re going to make the girl feel comfortable because whatever you’re feeling, the girl is going to feel.

You don’t necessarily want the girl to feel frantic. You want her to relax into the conversation like a normal human to human being man-to-woman conversation.

If you feel entitled to be there, talking nice and relaxed and calm and comfortable, she’s going to feel attracted to you.

The other great thing about it is that you’re not burning tons of energy.

If you’re coming from a place of comfort and being relaxed and you got a nice pace to your voice that’s not this frantic pace, you’re going to be conserving energy. You’re going to be attracting the girl with minimal effort.

Again minimal effort is what’s going to allow you to stay in the game over a long period of time and make it something that energizes you and is fun rather than something that is exhausting and tiring and you’re not going to be able to stick with it.

You don’t want this to be something that’s going to psyche you out and be like, “Oh, my gosh! Now I got to slow down! No, I’m going to mess this up! No, I’m too scared to go approach a girl.”

It’s much better to approach and be a little bit high energy. This is more like a little tweak.

You want to be centering yourself.

You want to be calm.

You want to be relaxed and slow the pace down.

This is something that you want to keep in mind, something you might want to work on.