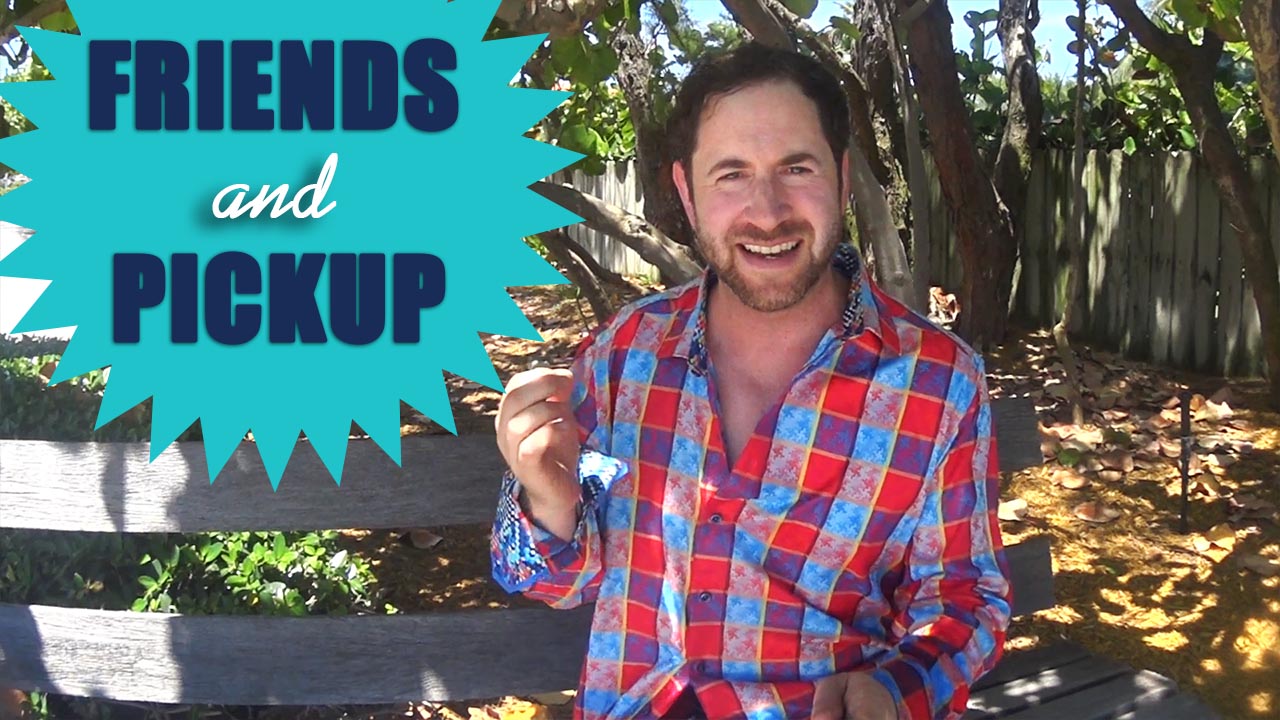 Allan writes to me. “Hey, Jesse, I’ve tried telling some of my friends about your website, Seduction Science, and picking up women, but they’re not just interested. Now that’s cool with me, but why is that exactly?”

Well, it’s kind of funny, isn’t it? Have you ever noticed how almost none of your friends are interested in learning pickup?

Most guys have a really big ego about it and they will make up excuses like, “That’s weird. It’s funny. I don’t need that kind of thing. That’s strange. That’s creepy. I already can get any girl I want to get by talking to them, or I’m just not comfortable with that, or I don’t want to change who I am, I want a girl just to like me for myself.”

They’ll rationalize the way to their success because on one level, they want to protect their ego.

They don’t want to admit that they’re not amazing with women.

They don’t want to admit that they’re not amazing at business.

They don’t want to admit that they haven’t lead an amazing, crazy life of adventure.

So most guys are more interested in protecting that little image that they have of themselves rather than learning and improving.

Usually if you have a guy that makes up a lot of excuses why he can’t learn pickup or he doesn’t need that, or it’s not for him, he’s making excuses for a lot of other aspects of his life as well.

So anyone who has the balls to say, “Fuck it! Fuck my ego! I’m going to fucking learn this anyway despite myself, despite my self-image. I am going to shatter my self-image on the floor. I am going to look like a fool when I start out just like if you start out playing piano. You’re going to sound terrible if you start singing la, la, la you know. I’ve never taken singing lessons, I’m going to suck. I’m going to sound horrible. I’ve got to sound foolish. I’ve got to admit to myself that I suck, that I’m not amazing at singing, that I’m not amazing at picking up women when I start.

If you have the balls to approach women, you are in the top 1 percent. If you do an approach, even if it’s to say hi and goodbye, you are in the top 1 percent. Ninety-nine percent of guys will never do that and it kind of amazes me how hard some guys are on themselves to go up to a girl. They don’t get her phone number. It’s kind of a meh interaction but they’re just starting out, and they’re so hard on themselves. They beat themselves up.

They don’t get results right away and they are so critical, they just go into this negative spiral.

Listen, you got to understand 99 percent of guys will not ever approach a girl. They will not attempt to do it. They won’t even allow themselves to admit in their own mind that maybe that’s something that they should work on. They don’t even get to the point of psychologically admitting that there’s something they could do, so that you actually take action and approach a girl that is amazing in terms of comparing yourself to most men.

So don’t be so hard on yourself.

Understand that it’s going to take time to learn this kind of thing, and Pat yourself on the back.

That’s the thing after every single approach, you know I try to look for something that was funny about it, even if it didn’t go well. I usually have to do a warm-up approach, or two, or three just to get into the groove of things, just to get a little bit of momentum and I always pat myself on the back. I’m like, “Okay, maybe that didn’t go perfectly, smoothly. I didn’t build up a whole lot of momentum yet. It’s early in the day. But how many guys would have the fucking balls to do that? Very, very few. So, Jesse, pat yourself on the back.”