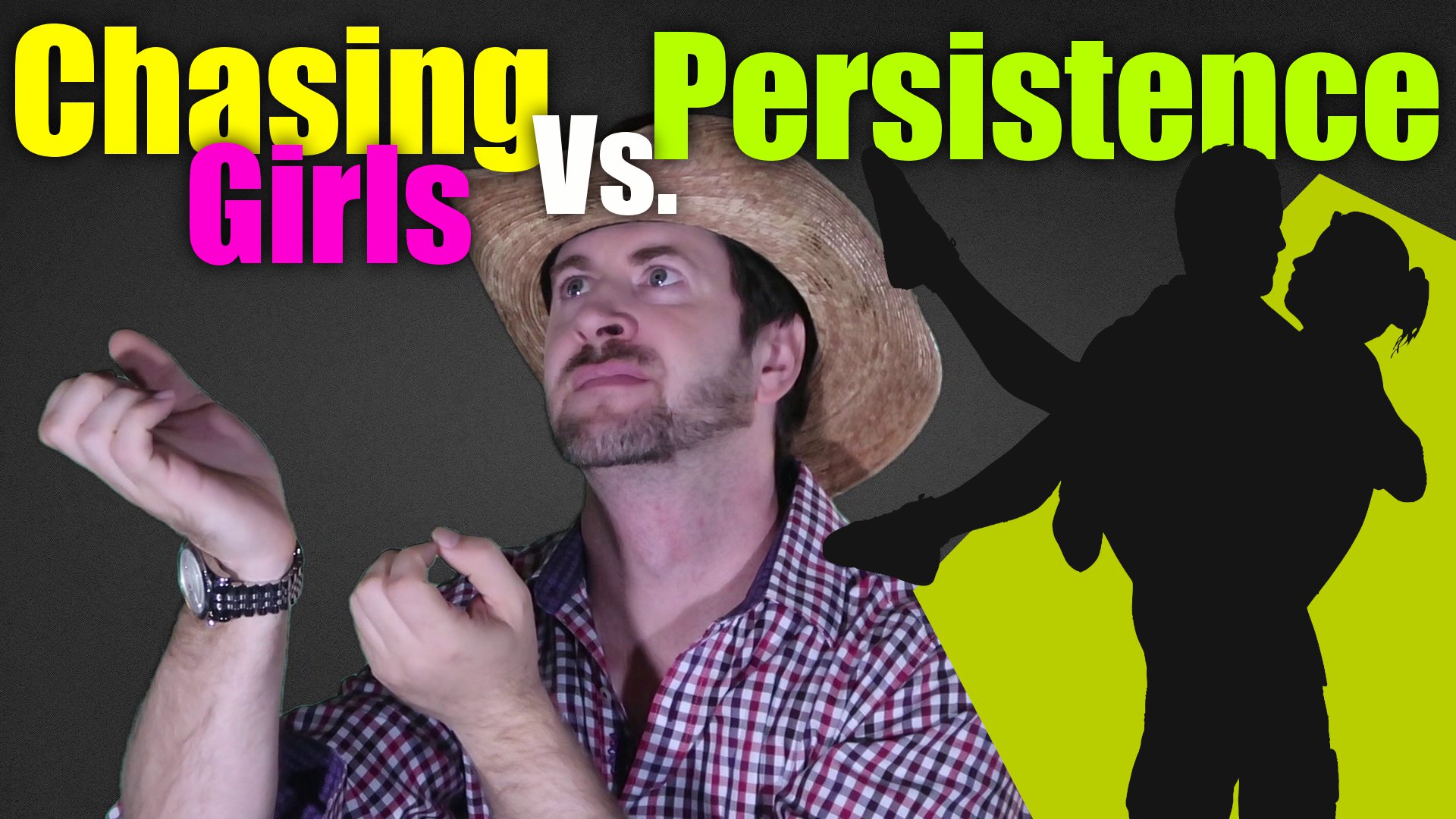 Ronnie wrote in to me. He asked, “Hey, Jesse, if I go up to a girl and give her a compliment, isn’t that conveying neediness to a girl? Or if I make the moves and talk to a girl, doesn’t that come across as me being needy and me chasing her.”

Likewise, Peter wrote to me, “Hey, Jesse, isn’t chasing after a woman needy? What exactly is the difference between persisting and chasing and being needy?”

What exactly is the difference between chasing a woman in a needy way that turns her off versus simply persisting in the pursuit that positively grows on her until her attraction switch is flipped on?

Well, needy chasing versus being persistent really comes down to a state of mind, and here are the 9 tells that will reveal if you’re being needy and chasing and turning the girl off.

Chasing Tell #1: SHE is the prize

Believing that you are the prize, that the girl will be better off if she falls into attraction for you, and by persisting, you are merely giving her the chance, giving her the opportunity to make the right decision.

Whereas needy chasing is when you believe that the girl is the prize and you are grasping for her approval.

You are grasping for her to like you back and you are chasing her with the belief that she’s up here and you’re down here and you’re just this lowly ant in the presence of a flying angel. When you believe that, you just come across as creepy or weird or desperate or low value. Now the girl might like the attention and the validation on the one hand, but just as likely she will get annoyed with you or even scared.

Persistence is you’re laying all your cards on the table, being genuine with the girl, and demonstrating your true personality. Your attitude is like, “Yeah, I’m persisting, but this is me. Take it or leave it, girl.”

When you’re talking to that girl that you had your eye or you’re feeling flirty and playful, but also unattached from the outcome like you can lose the girl. You can walk away from her and you’d be fine with it.

Or are you feeling emotions of confusion, uncertainty, fear that she could leave, panic, need, desperation. If you’re feeling those negative emotions as you make the pursuit, it’s likely needy chasing.

Are you pursuing her because you know it’s the right thing to do and you know that spending more time with her will likely amp up the attraction and it’s a detached strategical decision that you made? Will that will be persistence.

Or it’s an emotional experience that’s driving you to pursue her based on jealousy, or need or fear, or an irrational crush, an emotional that you can’t turn off or on, an emotion that you lack control over. Well that, gentlemen, would be needy chasing.

Are you taking action with a clear mind, in the moment, almost Zenlike? That is persistence.

Or what goes on inside your head a fantasy about the girl, crushing on the girl, obsessing about the girl, making her an almost angelic superhero that’s more than human and can do no wrong. That is needy chasing.

Is this pursuit an action sequence that you do on many girls? In other words, are you pursuing in the context of having choice among many women, among having selection of many women, of having abundance? That is persistence.

But if you’re pursuing just one girl that you’re crushing on and you lack choice and she’s your only option, it’s likely needy chasing.

Chasing Tell #7: You are reacting

But if you’re hanging on every move she makes, every little thing she says, and she does something or says something negative and that sends you into a negative emotional state or it’s like a dagger in your heart where the girl is the actor and you’re the reactor where she leads and you follow, then it’s needy chasing.

Chasing Tell #8: You don’t deserve her

If you are assuming attraction, assuming that the girl will be attracted and you are merely giving her a chance to get to you know you and you are doing her a favor, then it’s persistence.

But if you’re assuming off the bat why would this girl be attracted to a guy like me, and you feel like you have to beg her or convince her, or trick her into liking you, then it’s likely needy chasing.

Our final tell, if the interaction is mutual, meaning yes you are pursuing the girl, but the girl is also open to the pursuit as well, giving you little signals, contributing back in some way into the interaction, that is likely persistence.

But on the other hand, if the chase is all one-sided, it’s all on your part alone and the girl is obviously not interested in you and is not giving you any reciprocating signals back, then it’s likely needy chasing.

Those, gentlemen, are the 9 tells to know if you are persisting in an attractive way that girls love like being the unreactive bad boy that just does what he wants or being the romantic that just sweeps her off her feet versus realizing that you are being the needy, creepy, chasing worm that just annoys her and bothers her or even scares her off.

All right, gentlemen, now is the time to crush your neediness forever, to stop chasing girls, and start persisting. Make that mindset shift that screams confidence instead of weakness because really it’s the core inner confidence that girls crave and makes them feel weak in the knees for you.

How do you do it? Watch this video here. The link is also down in the description below and learn the Girlfriend Express Method and get that perfect 10 loyal, loving girlfriend you know you crave.