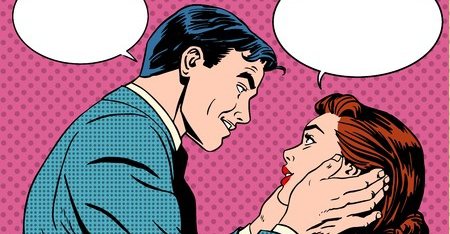 When it comes to conversation, it’s really important to be telling the girl your story.

What happens in conversation what guys do wrong so often it’s like, “So, what do you do? What’s your life about? How old are you? Do you like school?” It becomes kind of like an interview. They’re just asking the girl about herself, asking her a bunch of interview questions.

Now this is kind of problematic because it puts a lot of pressure on the girl.

She’s going to get nervous.

She’s going to feel like she has to reveal everything to you when she doesn’t really know anything about you.

It’s much stronger to lead the conversation by opening yourself up. Give her your story.

Tell her about what you did this day.

Tell her more about what your life is. Are you traveling here to this city? Are you visiting? What you do for a living, little details about your job, what you like to eat, what your little dreams are, whatever it is, you want to be vomiting the words out on her, so you’re doing 90 percent of the work.

You want to step first. If you step first, it’s going to make the girl feel comfortable, and then she’ll follow along.

Once she feels like she can kind of gets to know you and she’ll spend a little time with you and you’re just blabbering away about your story first, she’ll gradually become more comfortable being around you, gradually open herself up to you, gradually reveal more intimate details about herself, and gradually feel that connection.

When I say gradually, that can kind of all happen in 10-15 minutes where the girl is opening up to you. It will still be very, very quick. I’m not talking about over days and weeks or anything like that. But the key is you want to tell your story first.

“Listen, I got to tell you about my day. I woke up this morning, and I was excited because I’ve got this new computer code that I’m working on. Isn’t that cool when you just wake up and you’re just excited for your day? It doesn’t always happen to me, but this morning, I was pumped, and yes, I’m a computer programmer. I started programing when I was like 14 years old because I just became fascinated with video games. I played these adventure games all the time, yeah adventure games. I know I’m a real nerd. I like to read comic books. I read Transformers and GI Joe as a kid and I still read comic books. Really, it’s terrible. It’s terrible. But you know I’ve changed a little bit. Now I hit the gym like I hit the gym straight away this morning. I’ve actually lost about 20 pounds in the last couple of months because I really need to get back in shape. Yeah, I moved to Phoenix last year. It’s beautiful city, really interesting, fascinating so different from where I grew up. I like to go hiking. I’m not so good in the sun. I’ve got his special hat that I wear that has like this thing that covers the back of my neck and the sides of my face, so I don’t get burned. It’s like one of the best things I ever bought, blah, blah, blah, etc. etc. etc.”

You’re just revealing yourself to the girl. You’re telling her your story.