First of all, money can give a woman good feelings.

For example, you could take her on a whirlwind trip to Paris, go climb the Eiffel Tower, stay in a beautiful hotel, eat in a delicious restaurant, go walking down the boulevards. That’s going to make her feel adventurous, protected, cared for, and spoiled.

You could throw like this big dinner party, invite a bunch of women out to a steakhouse for free steaks. Free $50 meals, a bunch of girls will show up, and it will look like you have all the social proof, right? There’s different ways to use money to get a girl.

However, it has its disadvantages, so this is something you need to consider.

Getting lots of money, typically most men don’t strike gold until they’re 40s or 50s.

You typically will have to spend like 10, 20, 30 years climbing the corporate ladder.

You never know if it’s really going to pay off. It’s not a guarantee that you’re going to get rich and strike gold. You never know how things will go.

It’s coming from the assumption that you are not enough on your own.

It’s like you’re not worthy of women. You’re putting women up on a pedestal. They’re higher than you, and you will only be worthy when you have a certain amount of money, when you can impress her with certain things, or give her certain lifestyle.

This is a frame where the girl is automatically higher than yourself. You really don’t have much to offer her. You need to have the money to impress a girl, which is a pretty bad frame to be coming from.

The problem with it, too, is even when you do get the money, you have this hole inside your soul where you don’t feel like you’re enough and the money doesn’t really fill it.

It’s not like just because you have money you’re going to suddenly feel confident and worthy. You’re not! You’re still going to feel like totally scared, “I can’t approach her, I don’t feel worthy,” because essentially, it’s the same you. Just having the money doesn’t necessarily change your psychology. It doesn’t necessarily change anything inside your head. You’ve grown up poor or just middle class your whole life and that brain is still the same brain, thinking that you’re poor or middle class.

The money can kind of help a little, but for all the work that goes into it to accumulate it, to get it, it’s not really going to boost your confidence dramatically, not nearly as much as you would think.

Problem #3. Girls will see you as a provider rather than a lover

That’s like the ideal scenario because maybe you can sleep with 10, 20 different women, and then you have the choice to select the woman that is best suited to yourself because it’s pretty rare that you’re going to hit that diamond on the first try. If you have a choice of girls, you’re going to have a much better relationship choosing the girl you want.

“Why would I sleep with this guy if he’s giving me all this stuff, if I’m getting all the stuff from him? He could be husband material. Maybe I want to lock him down, or I just don’t want to jeopardize anything. If I sleep with him, maybe he’ll think I’m a slut. Maybe he won’t buy me dinners me anymore. Let’s just slow things down.”

What happens is that when you’re using money to attract a girl, she might drag on the dating process for as long as possible—a month, two months, three months. She might just slow things down. She doesn’t want to sleep with you, and it’s really not the ideal situation for getting sexual abundance.

Using money could be good to court one woman that you meet, but that relationship could go terrible because she might not be the right girl for you. Maybe she has a pretty look, but you don’t really have sexual abundance. You don’t really have choice, and a lot of men with money that use their money to get the girl end up with the wrong woman who eventually divorces them and takes half their money, right? That’s not a situation you want to be in.

Problem #4. You will tend to attract gold diggers

Gold diggers are women who are dating you for all the wrong reasons.

They’re really dating you for the money and they’re using that as a justification to go out with you.

It’s not always the case. Sometimes you’ll find the girl with the heart of gold when you’re trying to impress her with money, but generally you’re going to be attracting gold diggers when you are dangling your nice clothes, your nice car, and your nice house, and free trips, and free meals in front of her.

It’s just like if you dressed all in black, and you wear Gothic boots and you had Gothic chains, and you wear black fingernails, you’re not going to typically attract the regular girl off the street. You’re going to be attracting other Goth girls that are into that Gothic look.

Of course, attracting gold diggers, while that can feel fun at first, can really backfire on you especially if you marry a gold digger.

It’s really problematic to be attracting girls with money because that’s a great formula for her to take half of your money.

I think a healthier relationship to money is if you want to get rich, if you want to be making money, that’s fine. You can go ahead and do it, but do it for yourself. Don’t do it to impress a girl. Don’t put women up on this pedestal and you’re down here where you’re trying to win them over or attract them with wealth and money.

Do it because you like to do it. Maybe you see making money as a game, or it just gives you satisfaction, or it’s just something that you enjoy it. It puts you in the flow state. It gives you good emotions. Those are all good reasons enough to make money, but just don’t do it to be impressing women. 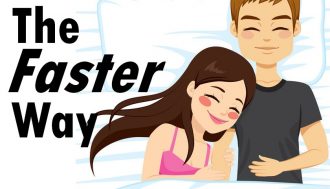 Does Money Buy Happiness And Success With Women? The Surprise Answer