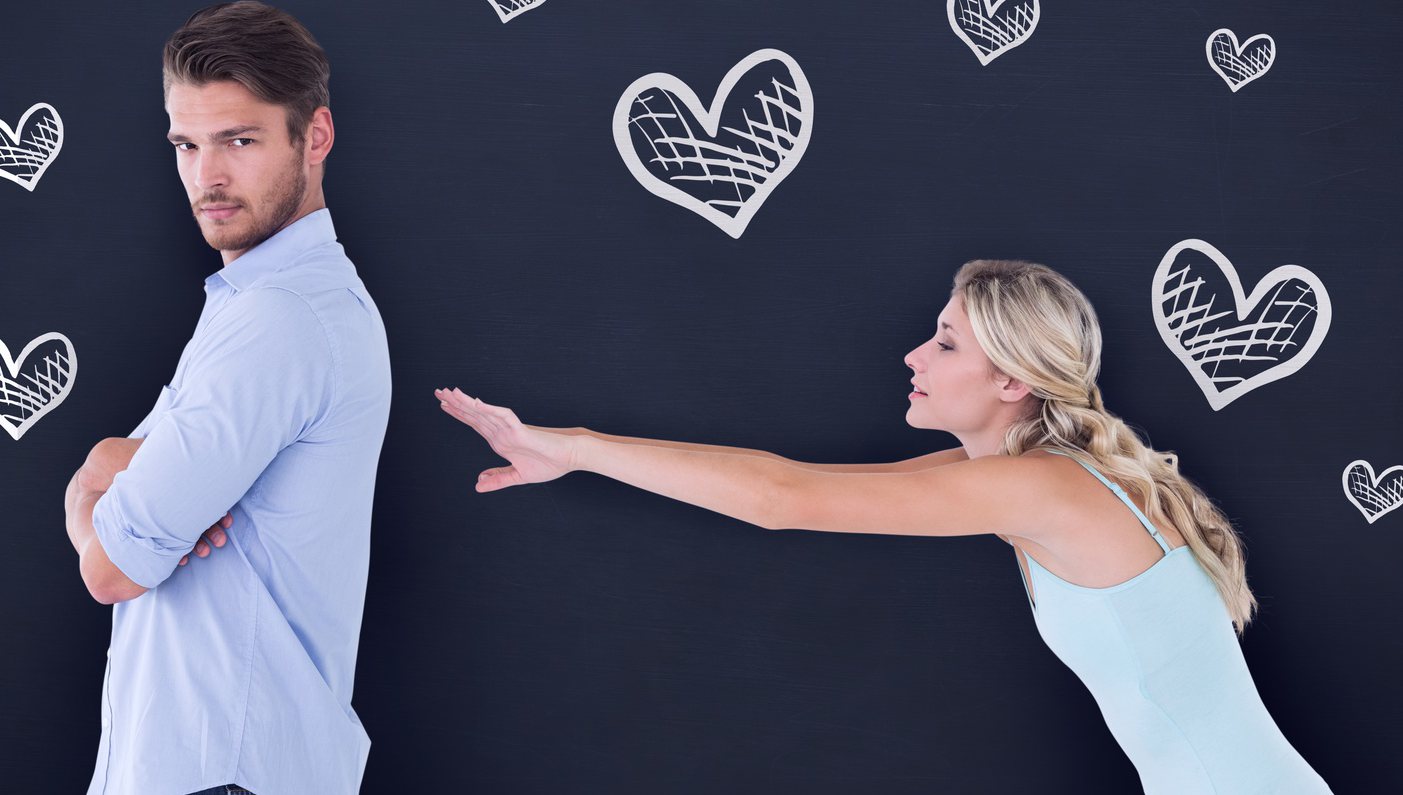 We’re going to talk about how to pass shit tests.

You start to change your opinion like, “Oh, no, I mean I don’t really like to read comic books. It’s my little cousin that likes to read them. I just read his comic books once in a while. Yeah, they’re really not that cool.” Or you back down like, “No, I didn’t mean it like that. What do you like?” You change your opinion.

That doesn’t come across as cool. that’s like a guy who’s just blowing in the wind, who doesn’t know who he is, doesn’t know what he wants, and she just gives you a little bit of a challenge, and you just break, you just snap instantly. You can’t stand up for yourself, you can be easily manipulatable, manipulated by a pretty girl. That’s not attractive.

A girl wants a man who is his own person, who has his own opinion, who sticks up for himself. That displays a lot of quality traits, of confidence, of steadiness that come in handy if you are going to be raising her child.

She wants to see if you were the father of her children, if you got her pregnant, would you be able to stand up to other men, to other women, to other human beings, stand up for yourself, and be strong.

When you change your opinion, when you justify yourself over some little thing that she challenges you on, that shows that you are a beta male. She’s putting pressure on you, and you just fold and snap. That’s not cool.

We want to cover how to actually pass shit tests. I’m going to give you 4 different methods here.

You’re talking, she throws a shit test at you, you just ignore it.

You don’t even acknowledge it. You just keep on talking.

You keep following the same thread that you were going on.

Basically, if it’s not moving the interaction along in the direction that you want to go, you don’t let the girl derail you. You don’t react to her. You remain the leader and you keep her as the follower.

You don’t want to put her in the position of leading the conversation, so she’s like, “Why are you here? By yourself? You’re not here with your friends?” You just keep talking whatever you were saying and you just completely ignore her.

You can genuinely ignore shit tests if you are already leading the conversation, if the conversation is flowing, if it was like right in the middle of some good conversational tidbits. Sometimes you can just away with just ignoring it, not in all cases, though.

Simply respond in a very straightforward and logical manner.

For example, if the girl says, “You know what, I don’t think that color of your shirt really suits you,” you just say, “Yeah, I guess not.”

“Oh, there’s really nothing I can do about that.” It’s just a straight logical, straightforward response.

The key is not to get emotional, but to remain emotionally unreactive.

Just acknowledging it, and moving on, and you go on the next piece of the conversation, acknowledge it, and move on, remain unemotionally unreactive, and you will be good. That’s a good way to pass a shit test. Very simple, can be used for any shit test pretty much.

Sexual misinterpretation where you take whatever shit test the girl is giving you and throwing it back on her, misinterpreting it as a sexual pass on yourself.

If the girl says to you, “You know what, mister, I don’t kiss on the first date.”

You can say to her, “My, my, lady, slow down. Look, I know you’re into me. You have sex on the brain already. It’s all right. we can just slow down and take it easy. I’m cool with that.”

Normally, it’s the guy after the girl. You’re flipping the script, so it’s her after you. You don’t have to use this method, but it’s a fun way to kind of create some sexual tension, to be playful.

That’s very key is you got to be playful, so a little bit tongue-in-cheek, you’re giving her a twinkle on the eye, you’re not being super serious, you’re not getting mad. You are being unreactive.

Again, there’s not much emotional push behind it. You’re not getting angry or mad, or getting overtly sexual. You’re just kind of getting it in a straightforward, playful manner. That’s playfulness designed to make the girl laugh. By her saying that you are unemotionally unreactive, that’s how you pass the shit test.

Embrace whatever she’s giving you, exaggerate it, throw it back at her.

If she says, “You know what, you seem a little bit nerdy to me.”

You’re going to exaggerate, play with it, make fun of it to the point it just looks ridiculous. You could say to her, “Yeah, I just like to go to the comic bookstore and I sit there for hours a day, solving calculus problems. I got a poster of Einstein on my wall, and I like to write down my favorite quadratic equations on it. What do you think?”

You’re exaggerating that little bit of nerdiness, you’re embracing it, exaggerating it, throwing it back at her in a playful way to make her laugh.