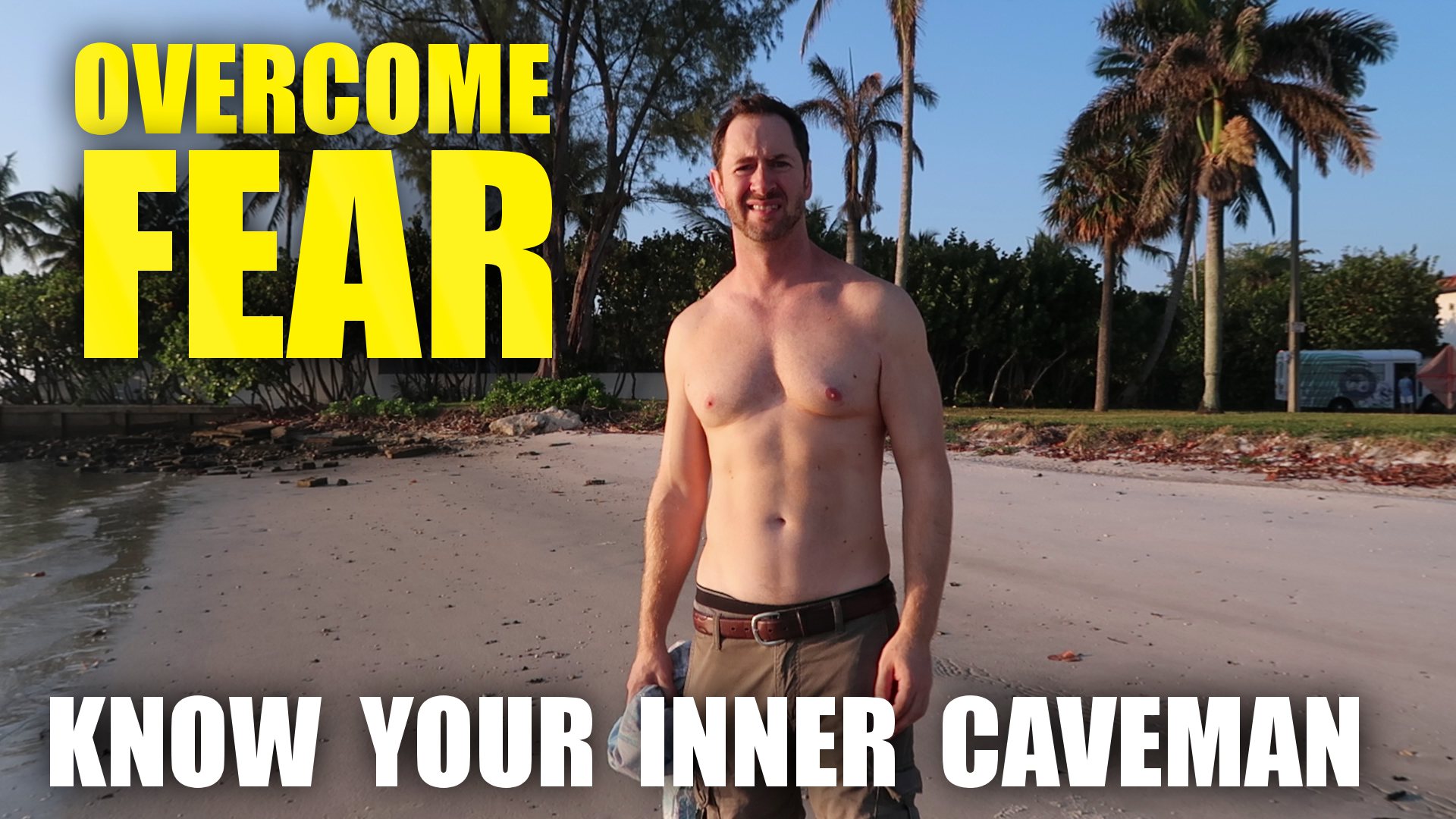 I want to talk about approaching anxiety, that fear that literally strikes you through the heart when you spot a beautiful woman. You see her and you just freeze up. You don’t know what to do. Your brain starts coming up with thousands of excuses not to approach.

You come up with a lot of excuses not to go and approach that girl.

Now remember that approach anxiety, what you have to understand is there to help you. It’s there to protect you.

Getting Killed By a Beast

Let’s say this is thousands of years ago. You’re walking along in the forest and you are acting like an idiot. You are just singing loudly your favorite song, “Day yo! Day yo! A day like come.”

You go to squat down because you got to take a dump and you’re all by yourself and it’s late at night, and you’re drawing so much attention to yourself.

Next thing you know while you’re squatting, a huge beast that’s been stalking you for the last 20 minutes, pounces on you, tears you apart from limb to limb, and you are nothing more than a smear of blood on the ground because you didn’t listen to your fear signals that told you don’t go walking out at night and being loud.

Likewise, if you are trading with another tribe and you go up to this new tribe and there’s a beautiful girl there and you just start hitting on her blatantly and telling her how you like and want to sleep with her and you’re giving her very strong IOIs, maybe the other girls around go tattletale on the other men or another man sees you, the rest of the people in the tribe don’t like that.

She happens to be married to the chief of the tribe or her big buff brothers just don’t like that you’re hitting on her because they don’t know who you are. They come over and they just go bam and hit you over the head with a big rock and they tear you apart limb from limb.

Back then, if you even had one little bone or a couple of cuts, there’s no hospital so you would probably die even from a minor injury.

You have approach anxiety when you see a beautiful woman because you don’t know if you’re going to get killed just by going up and talking to her.

Kicked Out of the Tribe

They ostracize you. They ban you from the tribe.

Now you’re out on your own. You will probably die while you’re squatting in a ditch, while you’re trying to take a dump and this beast that’s been stalking you for 20 minutes, pounces on you and tears you apart limb from limb and you are now just a smear on the ground of blood and guts.

Maybe they don’t have a harem of 100 women, but they took the safer route where they courted a woman for maybe many months or even years where they just took a very safe route. They got to know all of her family first, got permission from the dad to even sleep with her, got permission for hand in marriage, made sure everybody liked him, very slow moved that game.

Even though they gave up having a giant harem, what they did was at least being able to reproduce with a girl. Maybe they only had sex with a couple of girls in their entire lifetime, but at least they popped out some children. That’s why you’re her today because that’s the genetic strategy that your father followed and his father followed, and every father before that followed.

Yes, when you see that beautiful girl, you’re going to have that same instinct, that same natural instinct like fear, approach anxiety. Let me think of a million reasons not to approach her.

Instead of feeling all that like this is a visceral response to want to stop, you can be like, “All right, I understand where this fear is coming from. I’m going to acknowledge it. I’m not going to resist it. It’s there to protect me. But how can I use this fear to my advantage? I’m feeling the fear. It’s probably not going to go away just because I’m telling myself it should go away.”

But you know for one thing like fear is very similar to that feeling of excitement like when you go to a roller coaster, you get this heart-pounding sensation. It’s a thrill. It’s a rush. It’s super exciting. That’s very similar to fear.

If you actually go up to that woman, that fear will very easily translate into that rush of a rollercoaster like that heart pumping like, “Yeah, I did it. Awesome! This was an incredible experience.”

Turn the Fear Around

Also, understanding that if you’re in a bar and you’re just being sociable like, “Okay, I’m feeling this fear. I’m feeling this approach anxiety. Let me take the pressure off. I’m not going to necessarily have to sleep, or kiss, or make this girl like me, but I’ll just go up to a random girl. It could be a guy.

It could be an old couple and just say hello, have a couple of little sense of chitchat. Then once I see, once I talk to 3 or 4 people and I don’t get killed in this environment, this bar, this tribe, which is not even a tribe. My brain is perceiving this is as a tribe, that’s why I have this approach anxiety, after I talk to 3 or 4 people, everyone is friendly, I’m not going to have that same approach anxiety anymore. My brain is going to click and say, ‘Okay, I can be sociable. I can be expressive in this environment, and I’m not going to get killed. I’m feeling the approach anxiety, but I’m going to talk to people anyway.

It’s basically understanding where that fear is going to be coming from and knowing how to harness it instead of just running away from it.

Now another really interesting thing about society is that on the other end of the spectrum, you see a pizza, you see ice cream, you see Pepsi, and you’re like, “I really want to eat that. I just have this craving to eat 4,000 calories today, to eat 2,000-calorie meal.” That is meant to protect you, that desire to eat tons and tons of calories because back in the day, calories were really scarce.

That was meant to protect you, but that doesn’t really serve you today because calories are so plentiful, so easy to come by. Instead, we just get fat and obese. We can actually die.

You should be much more worried about heart disease and cancer from being overweight than you should be about approaching a woman.

But more than that, let’s say you never get heart disease or cancer, let’s say you never get obese but at the same time if you kind of have the dead bod, if you are 20 pounds overweight, that’s almost like walking around with a limp or walking around with one of your arms not working, or like a facial deformity that you don’t need to have that Pepsi, that pizza. That should be terrifying you if you were thinking correctly, if your brain was wired for the environment correctly today.

You would see that big bowl of ice cream and you’ll be like, “Ah!” And you just run away from it. Your heart would start beating fast. You get terrified. Your mind would come up with a thousand excuses not to eat ice cream. But that’s not the case. We just want to eat all this junk food.

Again just like with women, you see a beautiful woman and you get that approach anxiety, you get that fear, you can stop for a moment, not resist the situation, not run away from the fear, just understand. “Okay, I see where that fear is coming from. How can I hardness that fear to my advantage?”

Then you get the desire to eat a massive amount of junk food and you can stop for a second and understand, “Okay, my brain is wired to want to eat endless amounts of junk food. I understand that. how can I turn that around? How can I just stop and harness that desire into something else? Maybe taking action on girls or just like stepping back from the situation and making correct decisions, taking right action, making a better decision for myself, making a better decision when I see that beautiful girl, I know that my caveman brain is telling me not to go up to her, but I’m going to do hat anyway and making a better decision about that junk food, about that ice cream, about that pizza, about that big juicy hamburger, how can I just look at the situation, step back from it, and make the right decision and not just listen to my caveman brain.” 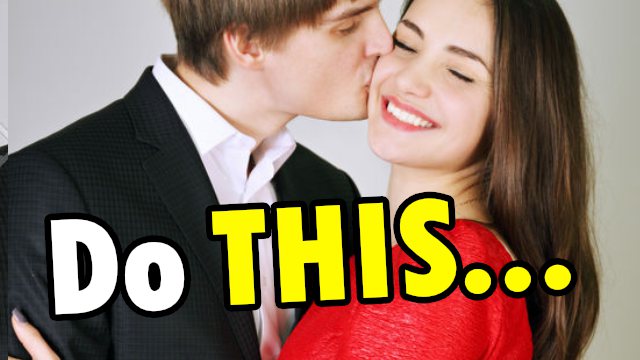