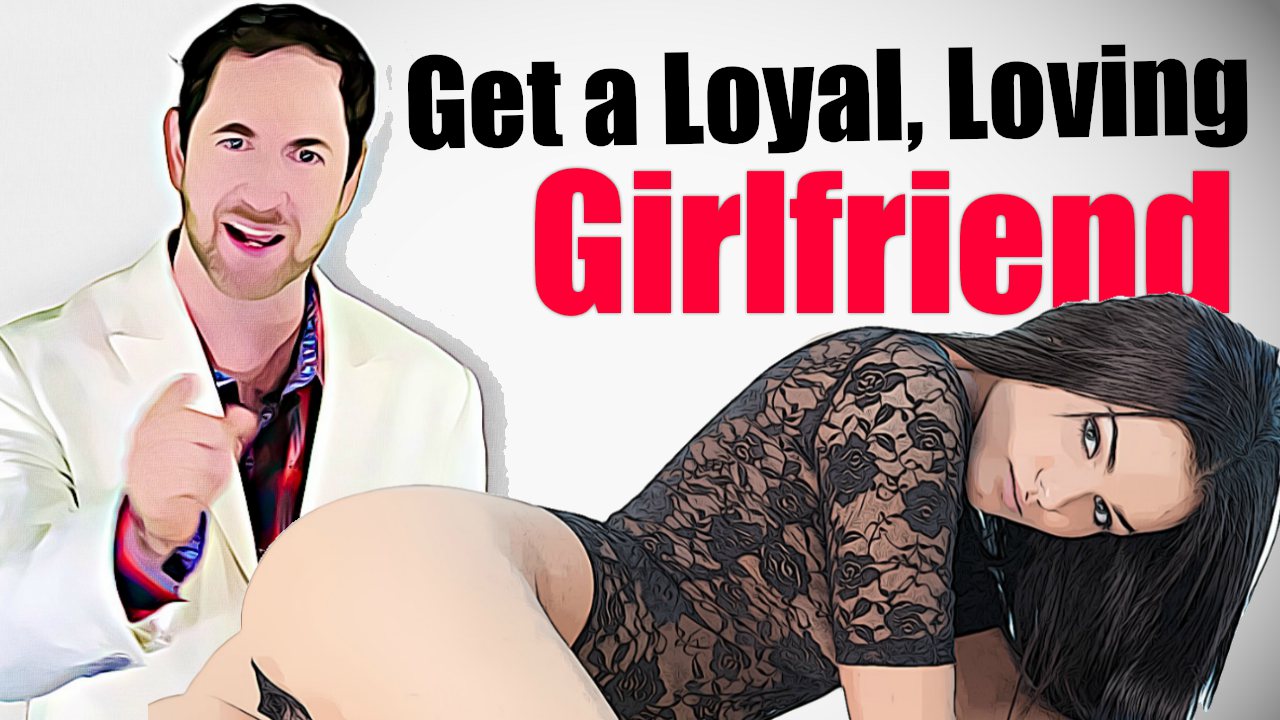 Today, I’m giving you 4 tips to getting a loyal, loving girlfriend and do in it a way that the girl comes to you.

Now I have to start this off with a reality check, my friend, a reality check. With the direction that you are going, reaching your dream may very well never happen. In fact, with every second that passes by, it becomes even more unlikely to ever happen unless you listen up and take seriously the words I’m about to tell you.

Now you know what irks me about human beings in general and myself in particular is that we are such creatures of habit.

Anytime I want to try something new, I have such a hard time just getting started like waking up at a different time of the day. I set that alarm an hour early and I either sleep right through the alarm, or I forget to set it in the first place, or I wake up, I turn the alarm off, and I just fall right back asleep again.

It’s a total nightmare and it takes me weeks of constantly trying just to adjust my sleeping schedule a little bit. These things can feel so difficult. It’s like I’m resisting them it saps all of my willpower.

It’s for that same reason I will argue, my friend, that your dreams of getting this amazing girlfriend or building your harem, or whatever it is are complete fantasies because you are stuck, stuck, my friend. Stuck in comfortable habits that you’ve been repeating for years now, maybe decades now where 90 percent of your day looks exactly like the day before in terms of your thoughts and your actions.

For example, this guy Benny, I coached the other day. He’s a good guy, great guy in fact, but his body language was total shit. His eye contact was off, and you can just sense he was extremely nervous.

He didn’t feel entitled to have that girl. He was acting all weird and needy it was just seeping through all of his mannerisms and his micro-behaviors that were dead giveaways that he was not confident in himself and he was trying to say to this girl a line that he brought off the Internet. Lo and behold, surprise, surprise! It didn’t work.

The girl was not interested in him. She barely even acknowledged him.

His conclusion off of that was, “Well, I guess this whole pickup thing doesn’t work like I thought. Maybe pickup is for other guys, but it’s not for me. It just doesn’t work for me.” He wanted to stop experimenting right there before he barely even began. He wanted to fall back into his old comfortable habits.

Keep Experimenting, Don’t Give Up

That’s the reason that guys don’t get the girl that they want because they give up. They don’t want to experiment. They give up too easily.

You want to be putting yourself into an unlimited number of difficult situations and dealing with that social pressure. That is the way to get an amazing girlfriend that you deserve, that you crave. It’s to go out and experiment.

Or, “Oh, meeting girls? I’m already great with girls! I don’t need that, never mind that I’ve only ever did it to three women in my life before.”

I guarantee you, it’s a lot because we, human beings, were so stuck in our ways, we don’t want to change, and we don’t want to see someone else succeed because that would only highlight our own mediocrity in comparison. That process of boxing ourselves in begins at a very young age.

I was sitting some kids of a friend and they were very picky eaters. They didn’t like vegetables and they didn’t like lasagna. I mean what little kid doesn’t like to eat lasagna? They’re like really like pizza, and hamburgers, and eggs. It’s not like they didn’t really like vegetables or lasagna. They just didn’t want to try them. They had these foods that they were used to eating that they were inside their head as being familiar, their comfort foods.

We’re talking about little kids here. they’ve already began that process at a very young age of only going for what is most familiar to them partly because it’s in our human nature to act like that, but also partly because these little kids just had idiotic parents that shouldn’t be parenting properly.

In high school, you see the further calcification of our identities.

My own identity was, “You know what, Jesse, keep your head down. Don’t get into any trouble. Don’t be noticed. Don’t make any waves. Stay on your computer and program video games as your fantasy escape.”

We do that as a shortcut to stay in our comfort zones. We assign labels to ourselves and mentally box ourselves in to keep things easy and simple.

They’re willing to start different businesses when one idea fails and try something completely different.

Great employees that are successful tend to be the most adaptable and flexible and they’re willing to learn new things as they go along. They’re comfortable being in a state of flux and continual state of growth where they have to continually reinvent themselves and experiment.

In business when you begin resting on your laurels, when you stop pushing yourself, when you stop experimenting and you get too comfortable, that’s when your business goes to shit. Likewise, when it comes to meeting women, if you are very narrow-minded and you try one or two things and they don’t work and you just give up, you’re not going to find success either.

I’m going to give you four things that I recommend that you do.

Go travel and travel a lot.

Men that I have met who have done a lot of traveling, I’ve just found that they have tendency to stick with things, to be experimental and are able to push their comfort zones. I knew that when I first traveled, I spent a couple of weeks in Costa Rica, I took a trip to Italy. I spent time traveling through Brazil, each time I came back to the US, I was a changed man—more grounded, more resourceful, more powerful, I had more grit.

The fact is airplane tickets are cheaper than ever now. There’s all kinds of little hacks that you can do to get cheaper flights if you do your homework. With all the competition from Airbnb, getting a room is cheaper than ever.

You can couch surf if you’re really broke, and with all the competition from Uber and Lyft, getting a taxi to get around is cheaper than ever. There’s no reason you can’t take long weekend trips, or save up $1,000 and go traveling overseas for a month.

If you’re having trouble getting girls and you just can’t figure it out and you’re not sure what to do next, go travel and you’ll come back a changed man, and then the answers will come to you.

Practice breaking out of your old habits and start living in more discomfort where you are experimenting more like eating new foods.

Try eating at a new restaurant that you wouldn’t normally eat at like a vegetarian restaurant, or try a new diet.

Experiment with your other habits as well like what time you wake up.

The point is to constantly be challenging yourself, to always be in this mindset of being experimental and always pushing on your comfort zone and getting used to being in this area of being unbalanced and slight discomfort.

Sometimes you step off of that path and you begin to get lost. But it’s videos like this one and the videos in Girlfriend Express that prevent you from straying too far off that path and get you back onto walking that narrow path of success.

That’s, that’s the moment when you get that amazing, beautiful girl that you deserve.

Tip #4. Put yourself into social situations

You want to put yourself into an unlimited number of difficult social situations and practice dealing with that social pressure on your shoulders.

That means going out three to four times a week specifically to meet people, whether it’s doing cold approaching, which I think is the best, or at least attending maybe a dance class where you will meet people and put yourself into those social situations so that you can get hundreds of reference experiences and begin having an intuitive sense of how to become a sexworthy, attractive man where you learn through practice not to just wallow in your comfort zone where it’s nice and comfy, on your couch playing your video games, or watching the television. But what you begin to love being in that zone of tension where you have to hustle and move.

For me, my first results came back in 1999 when I started approaching three girls every day minimum.

That is where you become solid as a rock because becoming good with girls, becoming attractive comes through getting that flexibility, being able to calibrate, being able to throw yourself into difficult situations, and having that reference experience to draw from, and that means experimenting and going out there and doing it.

You’re not one of these guys that are like, “Oh, I’m scared! I tried one little thing and it didn’t work, so I’m going back to my little mancave where I feel comfortable.”

Girlfriend Express quickly gets you that amazing girlfriend that you deserve to have or build that sexual lifestyle that you crave. It happens fast when you have the right tools at your fingertips and the right mindset up here.