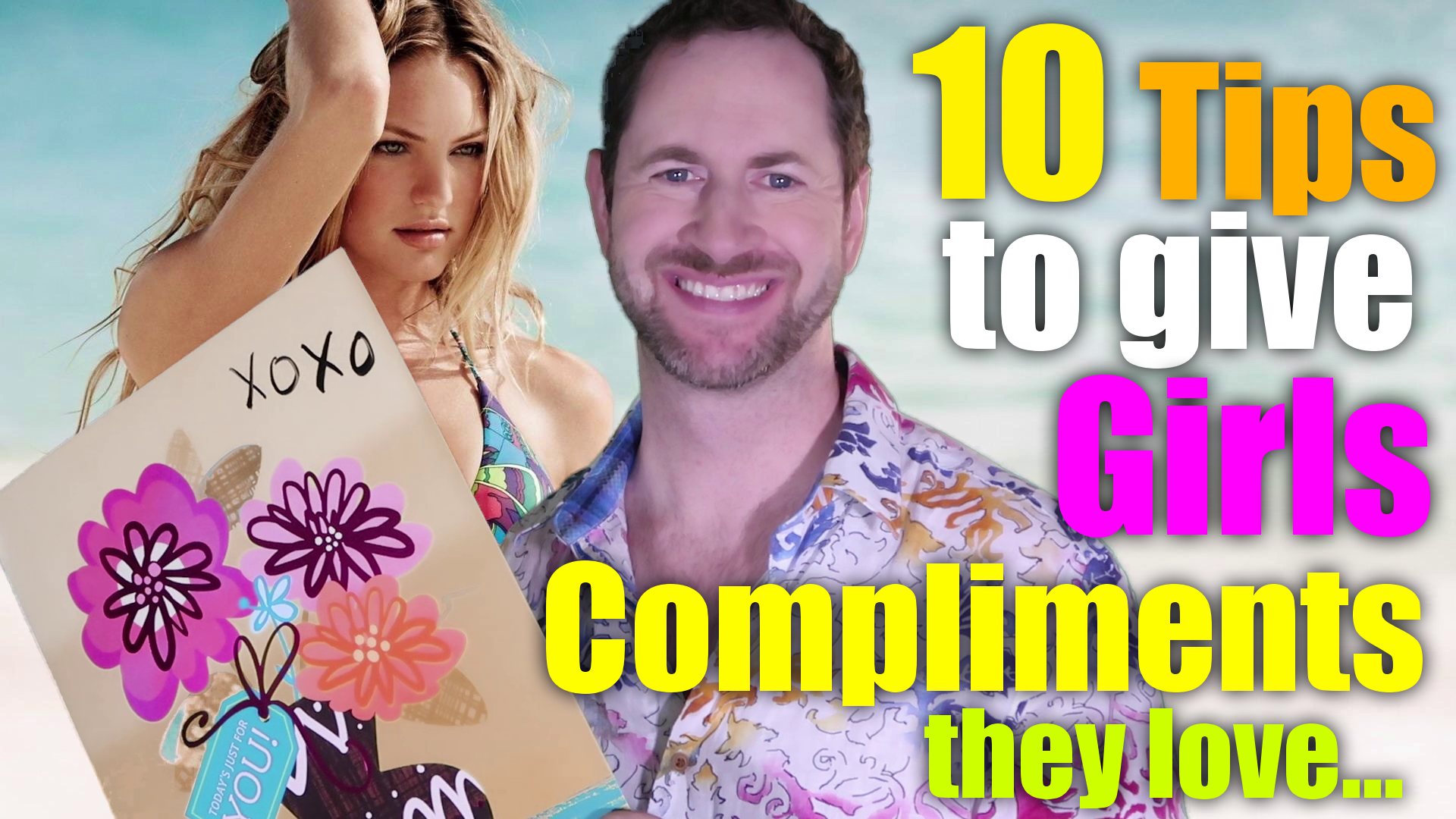 Today I’m giving you my top 10 rules for giving good compliments to women that will not come across as creepy or weird, and instead have that girl singing praises to all her friends about what a great guy you are.

You don’t want to say, “My, my, my! You look sexy as hell, little honey!” Say instead, “My, my my! You look very elegant today.” The difference is saying, “You look sexy,” is complimenting her based on a physical characteristic whereas saying, “You look elegant,” is complimenting her based on something that she put effort into. In this case, putting effort into her style, which is something that takes brainpower and smart style savvy to put an outfit together in just the right way.

Likewise, telling a woman that she’s got a great body is nowhere near as effective as telling a woman, “You’re looking fantastic you must work out a lot,” because going to the gym is something that a woman has to put effort into and that’s a way stronger compliment than simply sexually objectifying her.

Compliment her based on something unique about her.

The problem with generic compliments is that it has these themes that you could just be running up to dozens of women, throwing out the same compliment to everybody and that you’d sleep with any girl that likes you and you’re not picky at all.

For example, telling a woman, “Wow! I love your choice of shoes! They match your outfit perfectly!” is way better than telling a woman, “Gee! I think your clothes are hot!” or tell her, “Man! I really love like your highlights. They really make your eyes pop!’ rather than just telling her, “Damn! You look fine today, lady!” What does that is make the woman feel unique. It makes her feel special like she’s different from all the other women out there like you specifically choose her over everyone else.

The eyes are the exception. Yes, you can compliment a woman on her eyes.

For example, you can say, “My, my, my, that color looks fantastic on you. It really makes your eyes sparkle.” I know it’s cheesy as hell, but women love it.

The more details, the better. “You seem pretty cool,” can be detailed up with, “It’s pretty cool that you’re open to talking to someone new. I for one are not that good at it.”

See? You just turned something that was rather generic, “You’re cool,” into a skill or personality trait when you added the details. What sounds more powerful, “Hey, I like your hat,” or, “I like your hat—the colors, the patterns, everything. It compliments your style very, very well.” The detailed one sounds better of course.

Come from a place of giving with no expectation of praise or approval in return.

Compliments can turn creepy fast when you are seeking the girl’s approval. If you tell a girl “You’re so pretty,” and it has this undertone of, “Will you please like me now? Please like me!” The girl is going to pick up on that subtle needy agenda behind it. Her radar is going to be highly attuned to that.

Compliments work best when they are true expression of playful giving where you don’t care what the woman’s response is going to be. That inner game attitude of being expressive but not caring is the magic formula to compliments that are going to have impact but not be creepy.

Don’t wait for her reaction.

Waiting for her to react positively, that’s a fail! Here’s an example, my friend. You walk up to a girl and you tell her, “You are hot!” Then you’re just waiting, standing there, standing there, waiting for that positive reaction, thinking to yourself, “So, what do you think of that, girl?” You’re either waiting to be devastated if she doesn’t react well or being joyful bliss if you get the response you want.

Instead, give the girl compliment. You can wait there to let the compliment sink in and let it land, but then you want to keep on talking. It shouldn’t matter what the girl’s response is to the compliment. Just keep the conversation going and flowing. Don’t wait for her approval.

Instead you want to deliver the compliment in a very neutral tonality like you’re talking to an old friend. It’s more of a normal speaking voice where you don’t sound all freaked out about it like you tell the girl, “Hey, you’re very attractive!”

Gentlemen, really feel the compliment yourself. Emote it and appreciate the girl for it.

If you’re saying the compliment as a line out of obligation like you’re thinking to yourself, “Okay, Jesse told me to say this, so I’m going to go up yet to another girl and give her a compliment.” Then the girl is going to feel like a number, like a task, like a chore, and this is especially true with men who talk to a lot of girls, who run game. All the girls begin to blend into one another and the compliment loses its soul. It begins to lose its impact.

What you want to do when you spot a girl is pick something unique and special about her and give that compliment from a place of genuine, real appreciation. Really feel it so that the girl can feel that genuine appreciation coming off you, and that’s going to land with far more power and impact and really knock her socks off.

I’ve seen cases where a guy will deliver a compliment. It goes well. The girl is loving it. Her eyes go big, a big smile breaks across her face, and the guy thinks to himself, “Well, if one compliment got such a great reaction, imagine how two compliments will do!” It just keeps peppering her with a barrage of endless compliments, hoping to get more and more good reactions from the girl.

It’s a bit like thinking, “Well, if I eat one piece of cake, imagine how awesome eating four, five pieces of cake will be?” You just end up running to the bathroom.

What you really want instead is to have the girl wondering, “Have I won this guy over or not?”

Just let one compliment land and then just let it be. Let it simmer. Then create some space, create that vacuum of pulling away. Then in the conversation, be unpredictable. Break rapport. Tease her a little. Don’t just let her think that she has your unconditional approval. That brings us to our final compliment rule, gentlemen.

Basically any moment where you’re thinking to yourself, “Oops! I’m losing this girl.” That is not the time to compliment her just to get back into her good graces.

Those, gentlemen, are my top 10 rules for giving a girl a compliment. Follow those 10 rules and your compliments will land right every single time, and you’ll never come across as creepy or weird. 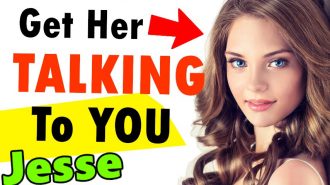