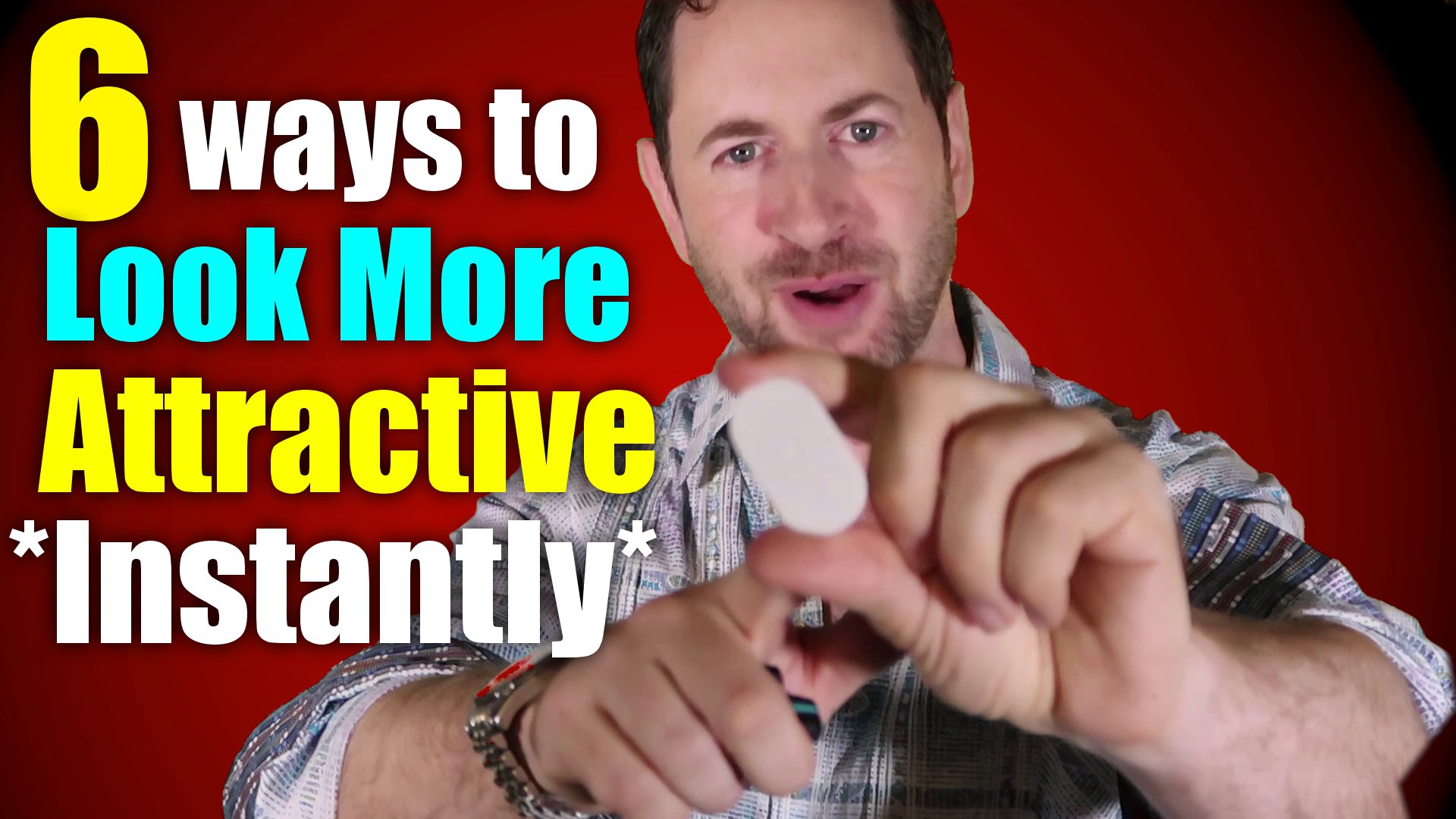 Voice Tips, What to Say, Dressing for Success

Gentlemen, back in the day, I could not get women to notice me for anything. I would crush on girls hard and they never notice me back, and even when they did, I had no idea what moves to make. I would literally start talking to a girl I had a crush on and then just freeze up, saying nothing else, just looking at her. It was brutal.

Well today, gentlemen, you are in for a real treat because today I’m giving you 6 unique ways that you can instantly look more attractive to women, something I wish I had years ago, because boy, oh boy did I need it.

You’ve probably seen these articles online like the 10 Funky Ways to be More Attractive: (1) get a new haircut, (2) don’t be fat. No, gentlemen, I’m not going to waste your time with pointless petulant prescriptions like that. This is specific actual advice that you may not have thought of that you can action on right now.

This is absolutely true. Research shows that women find men with these light stubble beards to be more attractive than men with no beard at all or with a big bushy beard. It’s the bad boy. Think of Captain John Sparrow. He doesn’t need to go into the cubicle office and be told what to do. He can follow his own path of piracy and plunder.

With a nice shirt, you’re going to stand out instantly to women to look more attractive because it tells them that you’re paying attention, and if you’re on a tight budget, guys, eBay is your friend.

Attractive fix 3: Get yourself a nice watch.

Hey women get to wear all kinds of glittering bling to attract the male eye, but what do we men get? Like nothing except the watch, gentlemen. Listen, it’s not about quantity. It’s about quality. A single nice piece that’s going to attract the female eye is going to be doing 90 percent of the work for you. When I mean nice, I don’t mean ridiculously expensive. A nice watch is going to run you about $100 to $300. For example, this is a Michael Kors watch that I got on eBay, slightly used for $100, and silver is the singularly spectacular color because it matches with any shirt.

Yes, you heard me. Fix your posture. After all, what does it tell a woman when you’re all slouched and stooped over? It tells her that you’re weak, that you’re tired, that you probably work in a cubicle sitting in front of a computer screen all day. You don’t want that. But what does it tell a woman when you stand tall and upright? It tells her that you’re a goddamn regal royalty. No, truly, so few people stand tall and upright that it really makes you stand out and makes you look instantly more attractive not to mention it adds an inch or two to your height.

The fix is a quick and simple one. Simply use something like a Gymboss, which is simply a timer that will buzz you every couple of minutes and remind you to stand up straight, or get yourself a Lumo Lift, which is a gyroscope built right in so when you start to slouch, it’s going to detect that rotation, that pitch change and give you a gentle vibrating sensation when you’re slouching.

This was my big problem back in the day. Like I said before, I’d start talking to a girl, maybe talk for 20 seconds and then run out of things to say and just look at her stunned like a deer in the headlights of a big Mack Truck about to be run over. The thing with talking to a woman to look more attractive is that you have to carry 90 percent of the conversational burden at first. Yes, you need to be doing 90 percent of the conversational expression at least until she warms up to you.

What you want to do is just keep the conversation flowing. You just want to keep the topics coming. They don’t even have to flow into each other logically or make sense. They don’t have to have proper transitions. What that’s going to tell the girl is that you don’t care, you’re not trying to impress her, and that you are expressive.

What you don’t want to do is say something to the girl and then just stand there and wait for her approval or wait for her reaction, waiting for her to carry on the conversation for you.

Remember this rule: with attraction, time is your ally, so if you can just keep on talking and let more time pass, the girl will become more comfortable with you and more attracted.

Project your voice outwards. Speak one or two levels more loudly than everyone around you.

Guys fail to attract women because they speak so softly that the woman can barely hear what they’re saying or it’s like they’re almost embarrassed what other people might think, so they talk really quietly to the girl.

I’ve seen plenty of guys bomb because the girl is totally ignoring him. It’s almost like he’s a houseplant. He can’t even command her attention. He’s talking to her, but she isn’t even looking at him.

What you want to do is speak one or two registers above the surrounding background noise. What this does is (1) it grabs her by the collar and commands her attention, (2) it shows that you’re not trying to hide anything, you’re not embarrassed by what you’re doing because you’re speaking loudly so that other people can hear you. It tells her that it’s not weird or creepy, that it’s normal. (3) It tells her you do not give a bleep about what other people think of you, which conveys confidence.

Those, gentlemen, are my six fixes to quick attraction.

Now that’s an instant attraction makeover that you can get behind.