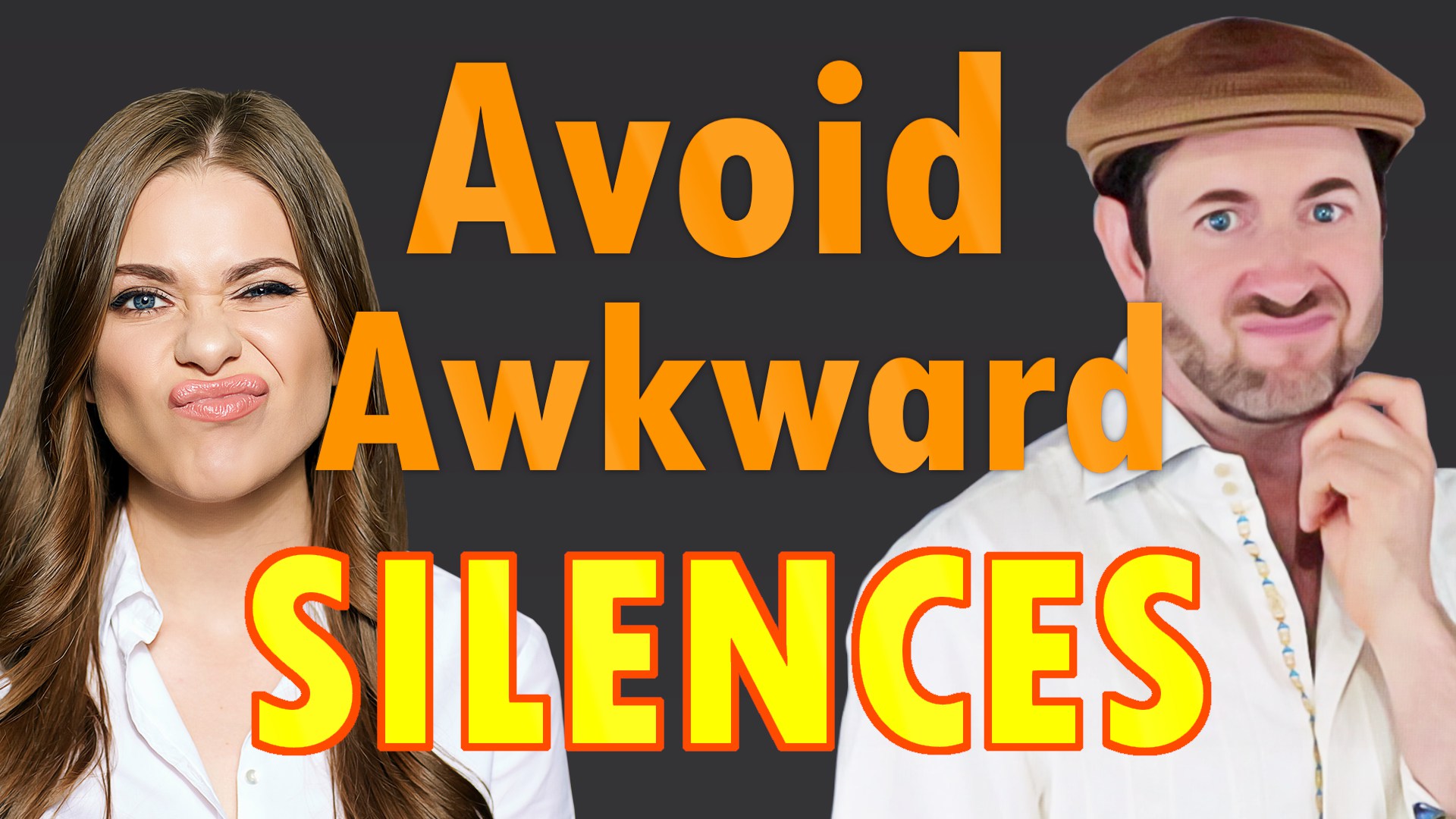 Has this ever happened to you?

You’re talking to a girl, and I don’t know, it’s like your mind just goes blank like you just blank out.

You get stuck inside your head.

And now you’ve got 10 or 15 seconds of dead silence, and you feel extremely awkward.

It’s like you just want to get out of there as fast as possible.

And you’re thinking to yourself, “Ah! This is awkward as hell.”

But have no fear, my friend, because your pal, Jesse, is here to give you four tricks to avoid awkward silences with a pretty girl, so that it never happens to you again.

So trick number one to avoid awkward silences with the girl is to use the “I like” trick.

You’re simply going to say two words, “I like.”

For example, you say “I like to eat chocolate frozen yogurt.”

So, whenever there’s an awkward silence, you just break it by saying those two words, “I like.”

And this works really well because, number one, you’re revealing something about yourself to the girl. You’re opening up to her. It makes her feel like she’s getting to know you and connecting with you. You’re also stating an opinion, which is what confident men do.

So, whenever you have a silence and you don’t know what to say next, just say those two little words, “I like.”

Avoid awkward silences trick #2. Get genuinely interested in her

The second trick to avoid awkward silences with the girl is that often you’re thinking when you’re talking to her, “Does she like me? Is this going well? She’s so hot. I wonder who else is noticing this.”

You’re so inside your own damn head that you’re not actually truly engaging with her as a human being.

You’re not actually connecting with her.

So, for this trick, you need to actually become genuinely curious about her.

Like maybe she mentioned earlier that she was a lawyer.

So, become genuinely curious about that little tidbit.

An awkward silence comes up and ask her, “You know, lawyers have a bad reputation sometimes. What made you decide to go into law?”

This is not a technique.

Just get your head out of your own ass.

Get genuinely curious about the girl.

And usually, a very interesting question will pop into your mind that will keep the conversation going.

Avoid awkward silences trick #3: Talk to her as if she’s a close friend

Trick number three to avoid awkward silences with the girl is stop thinking, “What do I say to impress her? Oh, gosh! What do I say?”

For example, if I was talking to a friend, I may talk about the universe.

I’d talk about concepts like gravity, the planets, and stars, real nerd stuff.

“Do you know that if you squashed the Earth into the size of a black hole… It would weigh exactly the same as before but would only be the size of a marble? Can you imagine a marble weighing as much as the Earth?”

So, an awkward silence comes up, I’ll just break the silence was something really nerdy, something I would say to a friend or girlfriend.

And number two, she feels like she’s genuinely getting to know you and connect with the real you… Which is what girls like.

And the fourth trick to avoid awkward silences with the girl is sometimes girls go on rants about negative or weird topics, which causes the conversation to fizzle out.

So instead of pretending to be interested when you’re really not by a topic that is weighing down the conversation like maybe she’s complaining for 20 minutes about her ex-boyfriend, just grab the reins of the conversation, wrestling it back under your control, and lead into something that is more lighthearted and positive.

Pro Tip: Not all silences are bad

You actually want to have some awkward silences.

And she’ll feel compelled to reinitiate the conversation, which is essentially her beginning to chase you.

In fact, some guys will just talk too fast nonstop without even giving the girl a chance to contribute all to avoid silences, which makes it hard for the girl to genuinely connect with you, and contribute, and chase you.

So just understand that having some awkward silences is actually a good thing.

How to tap into her underlying DNA

So, those, my friend, are the four tricks to avoid awkward silences.

But you have to understand, it’s absolutely not your fault if you are having awkward conversations.

Because a beautiful woman’s love and loyalty will never be yours until you understand what drives her on a primal instinctive level.

Until you can speak directly to her underlying DNA and understand how the subtle words you say deeply move her and affect her.

And that all boils down to understanding her submissive imprint.

That’s why I put together a presentation for you at this link here:

Which shows you how to awaken a woman’s submissive imprint and is the surest way to real her in like a fish on a hook and make her feel enticed and intrigued by you. and make you her primary obsession and the foremost person on her mind.

And in this presentation I reveal how it all works.

So, go watch it right now and let me know what you think.