I know there’s an amazing girl out there that just wishes you’d strike up a conversation with her and take her out on a date.

But I know, I know girls can be a little intimidating.

Fortunately for you my friend, there’s some sneaky, magical, innocent little phrases you can tell the girl that makes her instantly attracted to you, phrases that tap deep into female psychology and yet still fly underneath her radar and comes across as completely innocent.

So, in this video today, I’m giving you my top five sneaky, magical, innocent phrases that will get any girl to talk to you and attracted just like that.

So, sneaky innocent magical phrase number one is, “Can you imagine…”

“Can you imagine what it would be like to be talking to a really handsome friendly and cool guy whose voice penetrates your very soul.”

“Can you imagine what it would be like taking a weekend trip to Paris to bask in the shadow of the Eiffel Tower.”

“Can you imagine putting a nice, warm chocolate brownie in your mouth and savoring it on your tongue and the joy you feel in your tummy, when you take that first bite.”

Yes, my friend, “Can you imagine…” is an incredible sneaky little innocent phrase.

Because it allows you to say almost anything to a girl even if it’s very suggestive or sexual and she won’t resist it because you’re not telling her these things.

You’re just asking her to imagine!

So, it’s like, three little words that you can tag onto the beginning of a sentence and always get away with it.

The second sneaky innocent magical little phrase you can use on girls to make them attracted to you is, “I like…”

“I like oatmeal because with oatmeal, you can put anything on oatmeal and have a different breakfast every single day of the week.”

“I like the beach because when I’m at the beach, I don’t have a worry in the world.”

“It seems like all of life just fades into the background.”

“Feel that ocean smell in your nostrils.”

That’s right, my friend, when you run out of things to say, just say “I like…” and state your opinion on something, doesn’t matter what it is.

And girls find that very attractive.

And, by the way, you’re going want to watch my friend Ned’s story where he went on a date with a woman at his work, and she ultimately rejected him.

But he used some of the magical little innocent phrases on her, and he was actually able to turn things around and turn her into his girlfriend.

And you can watch happened at www.yeswhathappened.com and see exactly how he did It which will help you also get the girl that you’re crushing on and turn her into your girlfriend forever.

Line #3: “I noticed something interesting about you…”

All right, sneaky innocent magical phrase number three, tell her, “I noticed something interesting about you…” And then suddenly change the topic.

“You know what, I just noticed something really interesting about you—by the way, what you were saying earlier, I just wanted to touch on that… blah blah blah”

And just change the subject to something completely different and keep on talking.

What this does is it puts the girl’s interest on you instantaneously because now she’s going to be salivating at the mouth to know what it is, what it is that you find so interesting about her.

And she’ll just stand there and keep going with the conversation until she finds out.

So, if you want a little trick to make the girl talk to you for the next half hour and not go anywhere, that’s your line right there.

Sneaky innocent magical phrase number four for creating instant attraction is tell the girl, “I only have a minute… “

“Look, I only have a couple minutes, but I saw you from across the room and I had to come over to say hi. What’s your name?”

What this sneaky little phrase of, “I only have a minute…” does is that number one, it creates comfort.

The girl doesn’t feel like you’re going to GLOM on to her and talk her ear off for an hour.

So, she’s going to feel more comfortable engaging with.

And it shows to the girl that you’re not a low value guy that sees her as an angel.

You’re not putting her up on a pedestal.

You only have a few seconds, so you have somewhere more important to be than with her.

And this takes the pressure off the girl.

So, when you say to her, “I’ve only got a couple minutes,” you’ll typically get more open and friendly reactions back from pretty girls.

And the fifth sneaky, magical Innocent little phrase is, “By the way.”

“By the way, you seem like a really cool person.”

“By the way, you’re not going to believe what happened to me yesterday.”

“By the way, this weather we’re having is fantastic.”

What “By the way” does is that it creates a mini-little curiosity hook.

When you say, “By the way,” to the girl with a long pause, it gets her subconsciously curious about what you’re going to say next.

And keeps her engaged in the conversation.

You can also say, “You know what….” and then pause. That creates a mini-spike of curiosity in the girl.

You can say, “Listen, can I be honest with you…’’and then you pause.

That also creates mini-spikes of curiosity and keeps the girl wondering what you’re going to say next.

So, “By the way…” “You know what…”  “Can I be honest with you…” followed by long pauses throw any of those at the beginning of your sentences to have the girl eating out of your palm. 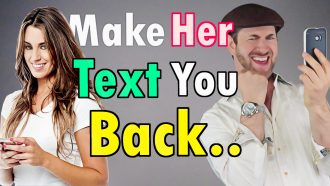 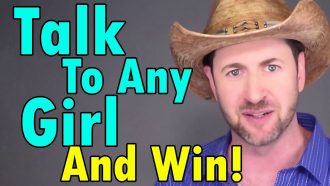 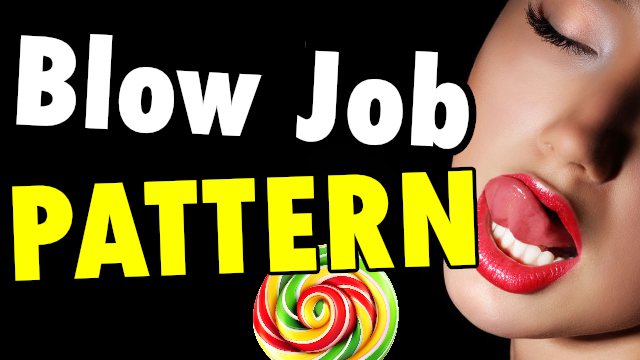 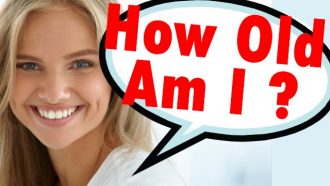 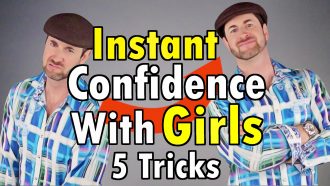