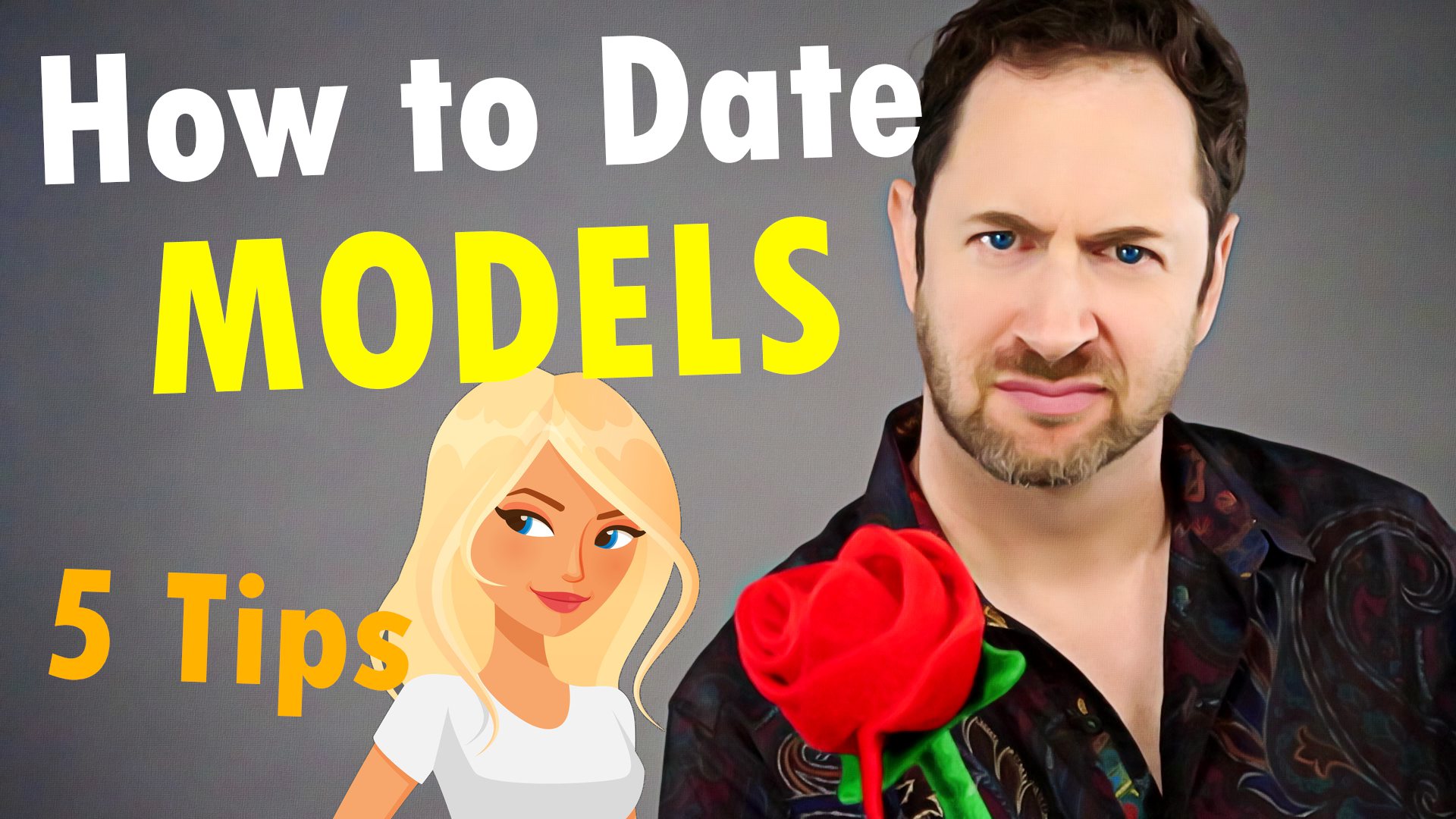 Thanks to your suave, slick, seductive skills, you’ve finally secured a date with that cutie chica.

You made the first move, and now, you’re on a date alone together at your favorite coffee shop.

And you ask her what she does.

And the other day I talked about “10 reasons NOT to date a model”.

And you can check out that video; link is in the description below.

But if you do find yourself talking with a model, here’s FIVE quick tips to keep from blowing it with her!

Tip #1 when talking to a model: Don’t act impressed!

This one’s pretty much instant death if you don’t follow this rule.

Acting impressed, or being wowed, or amazed by a girl’s status as a model communicates LOSER.

It communicates: you aren’t in the know.

It communicates: you’re outside her circle.

It communicates: you perceive her as being above you.

Acting impressed is the biggest no-no there is when talking to a model.

Here’s the thing my friend.

This is the reality: most girls are wannabe models!

Most of the “models” and “actresses” you meet are girls with limited experience, who are just trying it out.

Chances are, she’s just a regular girl, who’s had a few pictures taken and is hoping to someday, maybe catch a break.

She might have attended ONE photoshoot for the first time last week, and she’s now identifying herself as a model.

Ninety-nine percent chance she still has a regular day job at Starbucks to pay the bills, and this is merely how she brings some sense of adventure or status or prestige to her life.

“Model” is merely how she chooses to identify herself, a label she gives herself as a way to boost her self-esteem and get more attention.

And if you treat her as a celebrity when she tells you she’s a “model,” she’ll know you fell for her ruse.

“Ha! Ha! I got this guy wrapped around my little finger, and I just made up some bullshit. He’s so easily to manipulate.”

No. You must treat a girl, no matter what her background or profession, like she’s still just a regular girl.

But they don’t sleep their worshippers.

Don’t make it a huge deal… at all!

So, do not make it a huge deal in your mind.

Conversely, don’t get negative, or dismissive, or put her down about it either.

Acknowledge it, sure, but be emotionally unreactive.

She tells you, “I do modeling.”

And you can tell her right back, “Oh cool, I like that. I guess you’re ambitious, aren’t you?”

“Speaking of ambition, I was reading this book about Elon Musk and how he started Tesla and SpaceX…” and just keep talking about whatever is on your mind or is interesting to you.

That communicates that you don’t actually know the first thing about models.

Nothing wrong with that, but don’t immediately draw attention to it.

Instead, if you want to ask her a question to build comfort and rapport with the girl, ask her questions that get more at the core of her as a human being.

Like ask her, “If you could be anything or go anywhere, where would it be? What would you be?”

She’s going to appreciate that kind of question a lot more.

she’ll feel like you got to know the REAL her underneath, and more of a real connection is created.

Tip #3: Don’t dwell on her being a model

Tip #3. Don’t return to the topic of her being a model.

When you return to the topic, she knows it’s on your mind, and she knows you’re an impressed fanboy.

Even if you were unreactive initially, if you bring it up again later, she knows it’s a big deal to you.

She doesn’t want to date any “fans.”

She wants to meet a real man on her level, who understands her for who she is, and doesn’t carry any overblown ideas about what she’s doing with her life.

She needs you to communicate with her as a peer, and not worship her.

Tip #4: don’t give her generic compliments

Tip #4 when talking to a model: Don’t give her generic compliments like, “You’re really pretty. You’re so beautiful.”

If she’s a pretty girl, and she’s routinely praised for her looks, you’re not going to stand out by telling her she’s perfect.

If she’s a model, she gets treated like an object all the time—people discussing her looks, her agency telling her to change her hair, or to lose a bit of weight, or to fix her skin.

So, get away from her looks.

Instead, find something about her character to compliment.

And I made a video on this actually, the 4 unique compliments that pretty girls love to hear… link down in the description below.

She’s used to guys being sold on her, just based on her pretty face alone.

Don’t be that guy.

Qualify her to make her chase YOU a little.

Tell her for example, “Look, you’re not the first pretty girl I’ve dated, so what else do you have going for you besides just your look?”

Get her talking about what she brings to the table besides just her pretty face.

When she’s doing that, you’re giving her a chance to sell herself to you, she’s arguing about why YOU should date her, which is what girls want.

The girl wants a guy that she has to chase a little bit for.

Girls don’t get excited for a guy they don’t have to do anything to win over.

Make her work for your approval a little bit.

So, there you have it my friend, do those five things, and when a girl tells you she’s a model, you can play it cool and sexy.

It really all boils down to just remaining NORMAL and remaining a cool dude in front of her without becoming NEEDY and WEIRD as soon as she tells you she’s a model.

It’s not much more than that.

Now be sure to check out these other videos.

My “10 Reasons you should NOT date a model”.

And the third video you’ll want to check out is Girlfriend Express, which is a step-by-step blueprint to literally hypnotize that gorgeous girl you’re after, into looking past your looks and falling madly and truly in love, so that she becomes a loving girlfriend, a loyal and loving girlfriend who has your back and stands by your side through thick and thin.