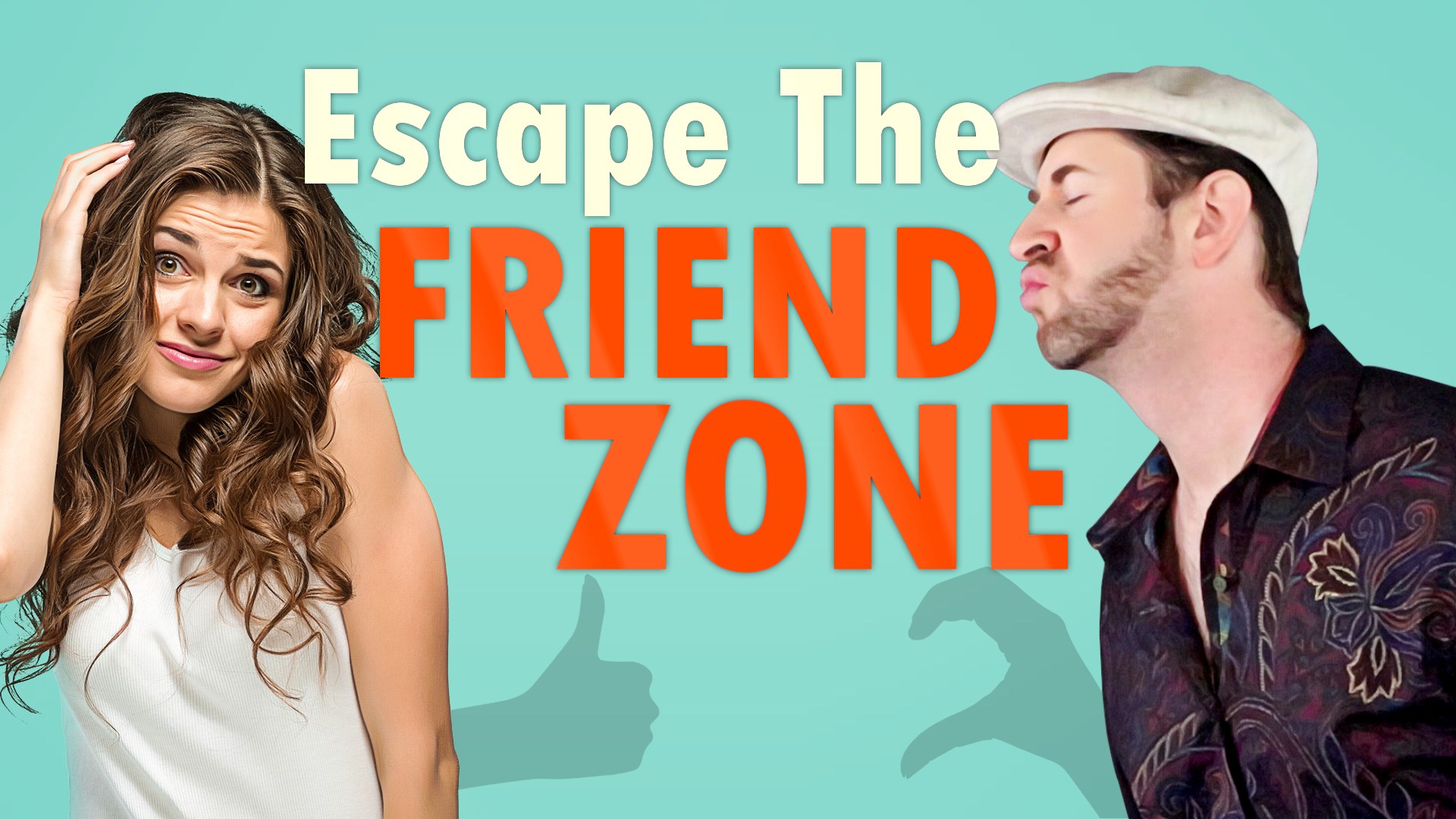 Ever have a female friend that you are secretly crushing on, but she just treats you like a friend even though you want to be so much more.

Or she’s even said to you, “I really like you as a friend, and I don’t want to risk ruining our great friendship.”

Or she tells you, “I’m just not looking for a relationship right now. We should really just be best buddies.”

Yes, my friend, you have been banished to the “friend zone.”

It’s that cold, frigid, Arctic area of relationship Siberia, and you want to get out as fast as possible.

Well, you’re in luck my friend, because Jesse has your back.

Today I’m giving you the six steps to getting out of the friend zone as fast as possible.

Friend Zone Step #1: Don’t profess your love for her

So, step number one for getting out of the friend zone is stop being so damn needy.

Don’t show up at her door with flowers.

Don’t start professing your love to her.

Don’t beg her to give you a chance.

Don’t try to talk your way out of the friend zone, attempting to convince her of what a “great guy” you are or why you’re better than that “jerk” she likes.

All that’s going to do is make the girl say “no” to you, and then you are toast.

Step number two for getting out of friend zone purgatory is to stop being her “best buddy.”

Stop trying to be a liked so much.

Stop thinking about her way more than you should.

Stop doing things to help her out.

Stop listening to all of her problems.

Stop doing little favors for her.

Because she knows she has you in her back pocket.

She knows she has you wrapped around her little finger.

She’s already getting all the validation she wants from you.

And yes, that makes her “like” you, but it doesn’t make her want to have sex with you.

So, stop doing all the things that got you into the friend zone in the first place.

How to get out of the friend zone

And by the way, if you’re crushing on a girl like crazy and she just sees you as a friend,

I know how you feel because that was me for years.

All through high school and college, I was friends with a lot of girls and secretly crushing on them.

Trying to be their friends just to get close to them.

And it sucks. It’s painful.

That’s a place you don’t want to be, my friend.

That’s why I put together this presentation for you right here, at this link you see here.

it shows you all the steps you need to do to get that girl.

And flip the script on her, so that she starts crushing on you, so she starts chasing after you.

And you want to be doing things the easy way.

And this video shows you exactly how.

So, if you’re still in the friend zone, that cold, chili purgatory of loneliness, it’s time to get out right now.

So, check out that link, and you can thank me later.

All right, my friend, step number three for breaking out of the icy friend zone is to make yourself scarce.

Create some distance between yourself and the girl.

Stop calling her and texting her so much.

You have to chill out.

Go away for a while.

You are giving her the opportunity to wonder about you.

And her mind switches to, “What happened to that guy?”

And making yourself scarce is what’s going to allow you to reset your relationship with the girl and reset it in a good way.

The fourth step for getting out of the friend zone and turning her into your girlfriend is that after you make yourself scarce, you want to make your return. But now you are a different man.

Now you are a guy who is comfortable getting physical with her.

Playfully punch her on the arm.

When you get excited about something or you like or something that she does, pick her up and spin her around.

Show her that you’re comfortable being physical with her.

Your physical touch triggers her oxytocin response, which is what’s responsible for building attraction and connection with you.

And step number five for busting out of the friend zone is start playing physical games with her.

Read her future in her palm for fun.

Do a playful game of thumb wrestling with her.

Do the hands of fire routine which can find on my website www.seductionscience.com

Be that playful guy that likes to have fun in a physical way.

And that’s what will really pop her physical attraction for you and jettison you out of the friend zone into potential lover.

And step number SIX for getting out of the friend zone and staying out of it is that you have to stop being so damn nice, have to quit seeking her approval.

You need to quit seeking validation from her.

You need to quit caring so much about what she thinks of you.

You need to stop trying to be the “nicest guy in the world.”

Don’t be that guy who tries to solve all her problems.

Don’t be that guy that constantly agrees with her.

Instead of always being agreeable, challenge her sometimes.

Say no to her sometimes.