“Hey, Jesse, how do I get a girl into bed quickly? Is there a particular formula for getting laid with the girl I like really fast? Let me know.” –Edgar

So yeah, slow dating a girl can be fun in its own way.

You meet her out for a couple of weeks, or even months, getting to know her, building a deep connection.

But you know, sometimes you want results fast.

You want to get laid fast.

You want that magical ability to think, “I really need to have a new experience with and this is the girl,” and be able to get it that very same day or night.

Well, getting laid with a girl really quickly is a very specific skill set.

Fortunately for you my friend, you can jump ahead of the pack by understanding these six beliefs that will get you laid fast.

So let’s crack right into it!

The first belief that will get you laid fast is to seek risk.

Whenever you feel fear, that’s the direction you want to be running toward.

You start talking to her, the conversation goes well. And you feel that fear to physically escalate with her.

But you physically escalate with her anyway because you are following the fear instead of running away from it.

You see, most guys are interested in being liked.

But being “liked” doesn’t get you laid fast.

What gets you laid fast is when you maximize the risks you take rather than minimizing risks to keep what you already have.

And all of your decision-making is guided by following the risk.

That’s going to get you the most consistent results to getting girls into bed quickly.

The second belief that will get you laid right away is to play to win.

And playing to win is very much related to taking risks.

Most guys simply play “not to lose.“

They talk to a girl. They have a chit-chat conversation. And because they don’t want to screw it up, they grasp on to what they already have.

So, they failed to move the interaction forward.

They’re playing to “not lose.”

But if you want to get laid quickly, you have to play to win.

You have to play hard.

You have to go all the way.

And you have to take those risks.

The third belief that will get you laid tonight is to be more polarizing.

Whereas the typical guy, he wants every single girl to like him.

He never says anything controversial.

He always says what he thinks the girl wants to hear.

He never challenges her.

He doesn’t qualify her.

He wears a fake smile on his face and agrees with everything she says.

And yes, that gets liking you in the same way everybody likes to eat white bread. But it doesn’t get them sexually attracted to you.

If you want to get laid quickly, you have to be far more polarizing and understand that not every girl is going to like you.

But you want to be polarizing in a way that the girls who do like you really, really fall for you hard.

And the fourth belief that will get you laid fast is to be flexible and improvise as the situation changes.

You got to understand that getting a girl in the bed is not a linear process.

It’s not a formula that follows along a straight line from A to Z.

The girl is going to throw at you unexpected challenges.

You’re going to have unexpected logistical challenges like her friends trying to pull her away.

So you’ve got to be flexible and open to the constantly changing situation.

Rolling with the punches, and quickly improvising as the situation transforms from moment to moment, which means thinking quick on your feet and being adaptive.

Think of it as like balancing yourself, standing on an open raft that is moving down a raging river.

Constantly having to move your footing around to keep your balance to prevent yourself from falling into the water.

Think of it as like balancing yourself standing on a raft.

It’s that constant change and constant flux… where new problems are continually front thrown at you… And you have to be “quick on your feet” to solve those problems.

Belief #5: It’s all on your shoulders to make it happen

And the fifth belief to get laid quickly is to take all the responsibilities on your shoulders to make it happen.

It’s up to you to approach the girl.

It’s up to you to do 90 percent of the talking at first until she gets comfortable with you.

It’s up to you to take the girl’s hand and lead her around.

It’s up to you to pull her in and kiss her.

It’s up to you to do everything!

Because girls, girls will generally do nothing to help you.

Girls want it all to “just happen” where all the responsibility is taken off their shoulders.

And when you assume 100 percent full responsibility for making everything happen, that’s when you start to get laid quickly.

How to get laid fast

So, those are the five beliefs that will get you laid fast.

Now it’s one thing to know about them, but it’s a whole other thing actually pull them off.

And there’s also a bunch of other secondary beliefs you want to deeply install into your brain if you want to have absolute sexual choice with any beautiful girl you see.

That’s why I created this program right here to spell out everything you need to create an amazing sex life for yourself and have girls blowing up your phone to meet you up on dates, and then come back to your place.

It’s an amazing program that was 20 years in the making, and I guarantee it will really open up your eyes even if you think you know everything about dating girls. 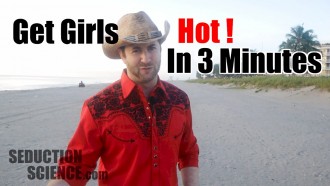 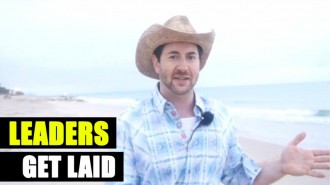 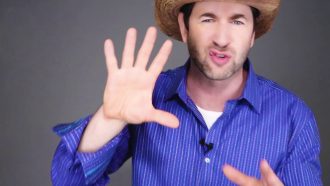 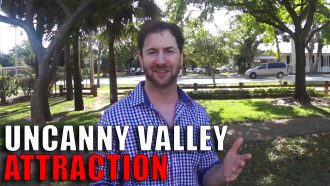 Being ‘Liked’ By Girls Doesn’t Get You Laid!… And Why Guys Fail In Dating