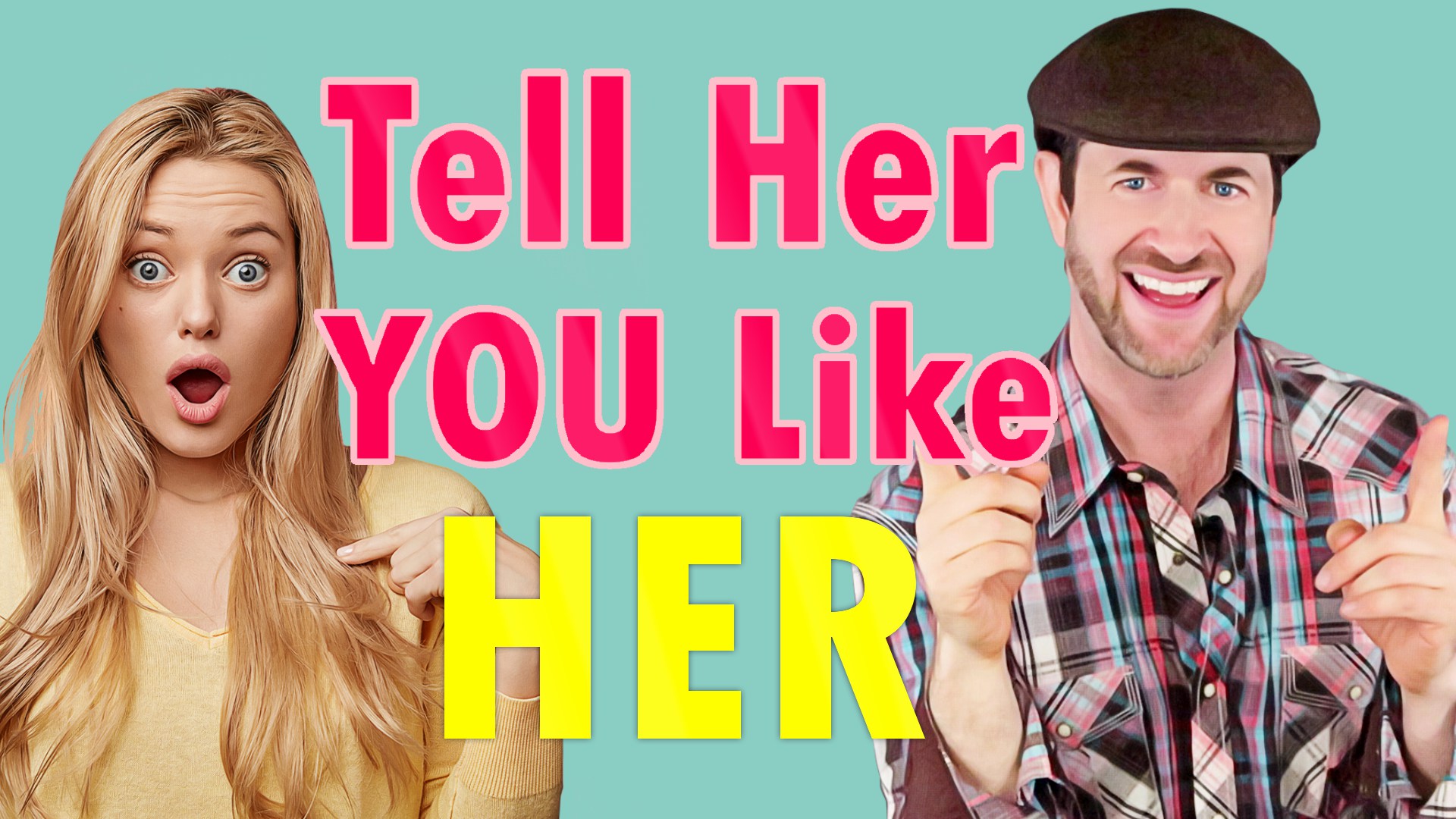 Gentlemen, are you crushing hard on a girl, but you just don’t know how to tell her?

Do you really like her, but you’re too shy and nervous to let her know?

Are you daydreaming about this girl way too much and you want to make something happen, but you don’t want to get rejected either?

After all, you don’t want to go up and tell her, “Hey, Susie, I really like you. Do you like me?”

And have her say, “Well, of course I like you as a friend.”

Yes, you don’t want that to happen to you.

So, you are in luck, because today I’m giving you the five ways to tell a girl that you like her.

Now the first mistake guys make is that they think they can be 100% covert.

They think that they can make the girl fall in love with them without ever telling her how they really feel.

They’re thinking, “I’ll make her like me by hanging around her as much as possible as a friend in ninja stealth mode.”

Yep. That’s exactly how thousands of guys before you have been put, right into the friend zone.

You see, attraction has an expiration date.

So, if you hide your feelings for too long, whatever attraction the girl does have for you will wither.

The second mistake you can make is doing the exact opposite where you go way overboard.

You think, “I’m going to declare my unconditional love for her.”

“I’m going to send her flowers!”

“I’m going to pour out my heart and get all emotional!”

And you send her secret admirer stuff, and you pay her electric bill.

And you tell her friends that you like her…

Don’t do any of that stuff which should be obvious.

Mistake #3: Waiting for the perfect opportunity

And the third mistake you can make in telling a girl that you like her is, “Waiting for the perfect opportunity.”

You think to yourself, “I should tell her I like her, but it’s just not the right time yet.”

Another week passes, and you think, “Nah! Still not the right time.”

And it just never ends up happening because it’s never the “right time.”

Again, attraction has an expiration date.

The more time that passes, the more her attraction fades for you.

That window slams shut closed, and you get put into the friend zone.

So, my friend, how do you tell a girl that you like her?

Well, the first way, is to tell her obliquely.

Instead of saying “I like you,” you can ask her simply ask, “Are you single?”

And if she says “Yes,” then you’re golden.

And she knows what’s up.

She knows now that you like her when you ask her that.

But you didn’t explicitly say it.

It’s just implied, which is good because it gets the girl wondering, “How much does he like me? Does he really like me?”

What did he mean by that, “Are you single?”

And if she says, “I have a boyfriend,” well, you didn’t explicitly get rejected because you’re just asking her a question.

So, all your bases are covered.

How to tell her #2: Get physical

The second way to tell a girl that you like her Is not even with words, but with pure physicality alone.

And this is very powerful.

Show the girl her hotspots on her arms and hands.

Hug her when you see her.

Pick her up and spin her around when she does something you like.

And if she’s comfortable with your touch, and you’re touching her often, she’s going to get the memo that you like her, and you don’t even have to explicitly say it.

How to tell her #3: Give her a compliment

And the third way to tell a girl that you like her is to casually throw her a compliment.

“I like how you’ve matched your shoes with her handbag. Not many women do that.”

And then you talk some more.

You talk about different foods you like to eat.

And then you throw out, “You know, you’re a really interesting person. At first I thought you were just a pretty face. But actually, now that I talked to you, you seem like so much more than that.”

But it also complements her character traits and her personality.

And throwing maybe two compliments like that, she’s going to get the memo that you like her.

But even better, it gets her wondering, “So, how much does he like me? What did he mean when he said that?”

And it gets her thinking and wanting to chase you.

How to tell her #4: Be honest and direct

And the fourth way to tell a girl that you really like her is to just be straightforward and direct and owning it.

And then you just keep talking about something else.

The point is, you say it playfully with a smile on your face, and a twinkle in your eye.

It’s not said in a needy manner.

It’s almost thrown in casually like it’s not a big deal.

You’re not putting any pressure on the girl.

And you’re just owning it.

You say it like it’s a matter of fact like it doesn’t emotionally impact you. It’s a little playful flirtation.

And that direct honesty and congruence can really knock her socks off because it screams extreme confidence.

Tap into her submissive imprint

So those, my friend, are the five ways to tell a girl that you like her.

Now if you really want to get an amazing, beautiful girlfriend, you want to understand a fundamental female drive called her “submissive imprint.”

And I believe this drive is the biggest secret to becoming a woman’s deepest sexual desire and obsession.

I put together a presentation here at www.seethefullstory.com that shows you how, that no matter how great the conversation goes, or what “seduction techniques” you use, if a man fails to bring out her submissive imprints, she’s always going to see you as just a “friend.”

And feel that something fundamental is missing and keep searching for another guy.

But when you know how to activate a woman’s submissive imprints, she’ll move hell and high water to make you notice her.

And her heart and her loyalty will be yours and yours alone.

And to see exactly how that works, go to the link and watch that presentation right now.

Well now you have five different ways to tell a girl that you like her.