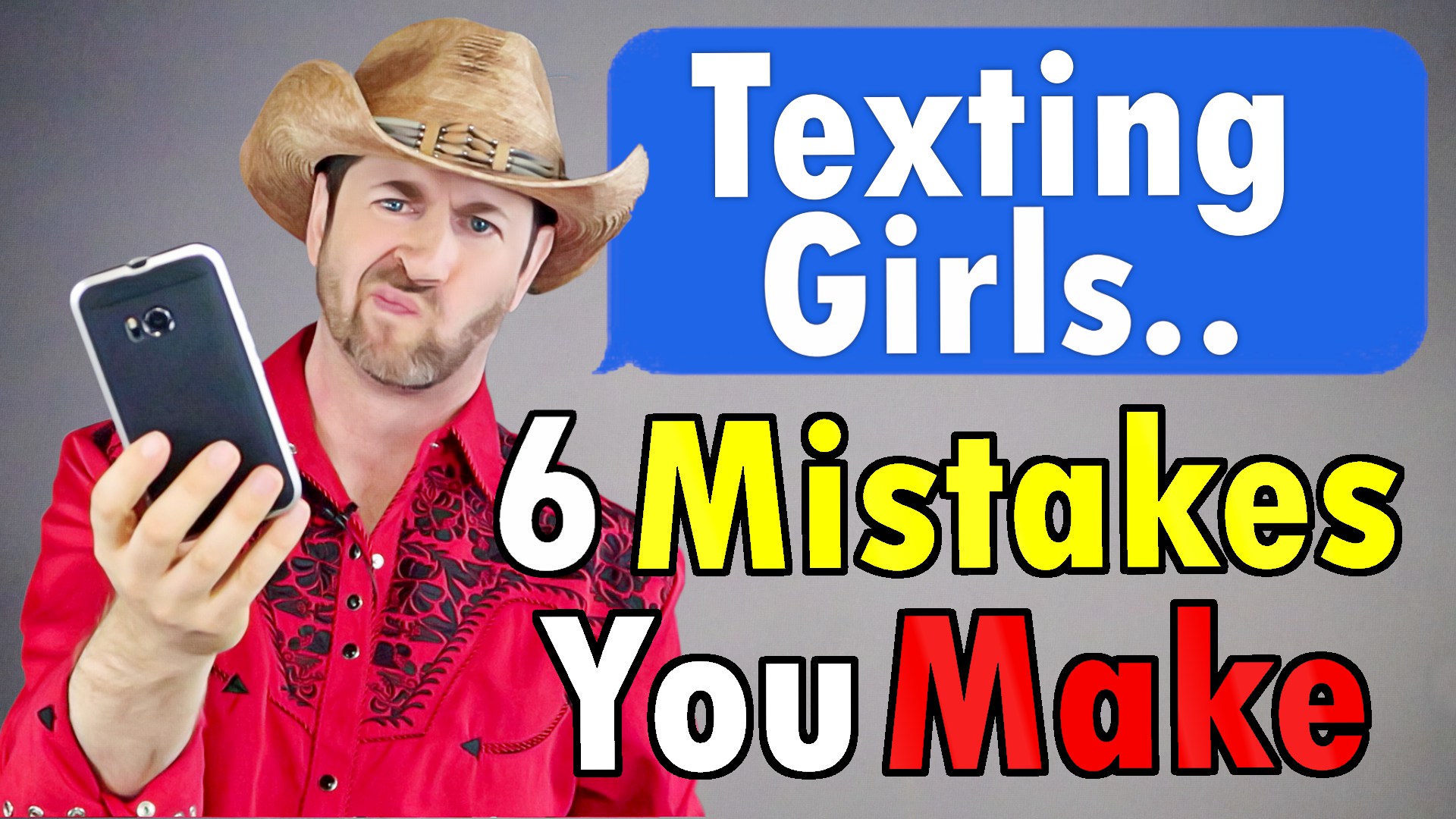 So that you don’t have to stay home this weekend, I’m showing you six tricks and tips on what NOT to say in that first text.

And you never hear from her again.

Yes, my friend, ever get a girl’s phone number or exchange WhatsApp and you send her that first text, and she just goes MIA, doesn’t text you back at all?

And you’re like, “What? I thought we had something special together. Where’d you go, honey? How did I wrong you?”

And it’s probably because that first text you sent sucked!

So, here’s the six tips on what NOT to do when you send her that first text.

First text Tip #1: Assume that she remembers you

Mistake number one: don’t send as your first text, “Hey, it’s Jesse! Remember me? We met at the coffee shop yesterday!”

You’re assuming that she forgot who you are!

You’re assuming that you’re not that memorable, which comes across as low-value.

So, don’t immediately remind her.

And if she asks, then you can even tease her about forgetting.

First text Tip #2: Don’t start off with a question

Mistake number two for your first text to a girl: don’t start off asking her a question.

When you ask a question, it puts the burden of the conversation on her shoulders.

You’re immediately throwing the conversational ball into her court and making her do all the work.

And she likely barely knows anything about you yet.

So, if it feels like this is going to be work for her. She most likely won’t even text you back.

Don’t text her something like, “Hi, Sarah! It was very nice meeting you. Hope you gave a good day.”

I mean, that’s how you might text an acquaintance from work.

That would be perfectly socially acceptable for a friend.

Instead, you want to say something that grabs her by her curiosity collar.

Like, “Whoa! Epic night last night! It’s a miracle I got home at all.”

It tells the beginning of a story, with an open loop or curiosity hook that begs the question, “Well… and what happened?”

So, the girl is very likely the text you back just to hear the end of your story.

Mistake tip number four for that first text is don’t use a ton of abbreviations.

It just makes you look like a dumb ignorant retard or you come from a rough-ass neighborhood.

Use proper spelling and punctuation in that first text.

It makes you look sophisticated and mature, and like you have your life together.

And mistake number five: do not ask her out right on the first text.

Don’t ask her, “Hey it’s Jesse. So, what are you doing tomorrow?”

Look, you need to spend a little time building some comfort over text first.

You need to get her casually texting with you first, so she’s thinking, “Wow! This is a guy I text with. It’s normal to respond back to him.”

And if you’re retarded with your texting that means you’re probably retarded and a lot of other things.

So, she’s not going to want to deal with your dumb shit and she will not text you back.

And mistake number six for that first text: don’t wait two or three days before you text her back.

After a couple of days, she may very well forget who the hell you are.

When she’s still feeling an emotional high from having met you.

Text her back that very first same hour or first day… And it’s far more likely she’ll respond you.

How to text a girl the best way

Now you’re probably asking, “All right, Jesse, now I know a few things I’m NOT supposed to do.”

“And how do I proceed getting her on a date through text?”

Take a look at this link below, http://Girlfriend.Express.

This is a presentation I made for you through my 15 plus years of experience coaching men’s dating where I deep dive into how to text a girl, and what to say to her over text in a way that taps deep into female psychology, so that you’ll have her back to your place, sitting on your bed, waiting for you to kiss her in no time.

It doesn’t matter how pretty the girl is. These techniques work.