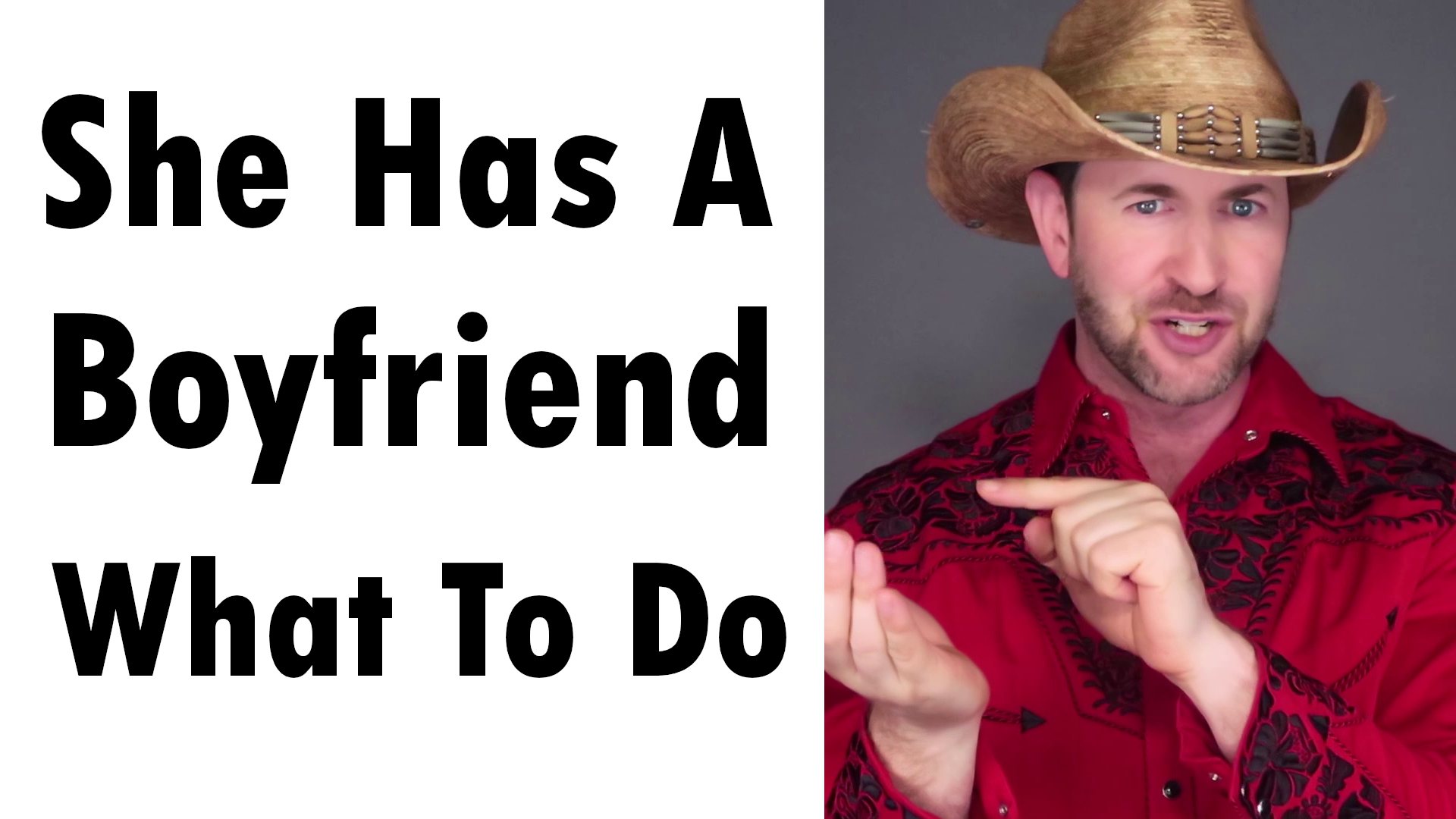 “Hey Jesse, I know this girl in school. I like her. She likes me. We flirt with each other.

The only problem? She has a boyfriend. My question to you is, how do I handle the boyfriend?

How do I demonstrate to her that I am the better man for her?

Is stealing a girl right?

And that is exactly what today’s topic is about how to steal a girl away from her boyfriend.

Real quick first though. Let’s touch on the morality of this.

What is your reason for stealing this girl way, my friend?

Is it because you think you will genuinely be a better boyfriend, and be better for this girl in the long-term?

Or do you just want to steal her way as a quick one-night conquest?

Do you want to steal her way to get revenge?

Is it just to get some short-term pleasure?

Are your reasons for doing this petty and small?

Then, I recommend not trying to steal away a guy’s girlfriends. There’s plenty of other fish in the sea.

But if you think the girl will be better off with you for legitimate reasons. Then, it’s a free market so to speak, and you can use some of tips I’m about to share with you to steal her way.

All right, the first tip for getting a girl away from her boyfriend is, don’t get logical with her.

Don’t start logically explaining your reasons why she should be with you rather than the other guy.

It’s not attractive. It makes the whole decision feel transactional to the girl.

She wants the responsibility for the decision lifted off of her shoulders. She wants to feel like “it just happened” naturally where one thing led to another and “somehow” she ended up with you and ended up dumping him.

But when you start logically making arguments, that’s most likely to put her into a defensive and aggressive state, and she’ll start defending him.

It will get the opposite result of what you want, and it will bring them closer together.

So you need to lead the girl emotionally instead.

So one thing you can do to pry a girl away from her boyfriend, particularly if she’s having lots of problems with him or doesn’t like him much is to use what’s called a “boyfriend destroyer pattern.”

And a “boyfriend destroyer pattern,” there’s many different types but here’s an example of one. So say the girl is complaining about her boyfriend to you about how he’s an asshole.

You say to the girl, “Here, I’m going to show you something really cool.”

“Now I want you to picture your boyfriend there, a little miniature version of him standing there in the palms of your hands.”

“Picture him just like a hologram, a three-dimensional hologram and you got him there right in your palms.”

“Not just imagine that mess and how it makes you feel inside, how you want to scream!”

And then you tell the girl, “Now imagine flattening him down between your two hands.”

“Squash him flat like a piece of paper between you two palms.”

And then you tell her, “now crumple him up like a piece of paper.”

“Crumple him up just like you would a piece of paper. And throw him away.”

And then you have the girl crumple him up, and throw him, using her imagination.

And finally you want to connect the dots for her.

“Now doesn’t that feel good… To get that burden off of your shoulders.”

“Doesn’t that feel good to get rid of all those horrible feelings?”

And you get her to agree.

And then you tell her, “come here.”

And you take her by her hands, and you pull her into her… and give her a kiss.

This isn’t for every girl

Now, this specific boyfriend destroying pattern is not the exact pattern you want to use on every girl.

It’s not the right pattern if she’s deeply in love with her boyfriend.

It’s more for that girl that’s already on the fence and is moving away from him.

The point is to steal a girl away from her boyfriend, you want to lead her emotionally, rather than logically.

And if you follow that advice success will be yours my friend.

How to get a girlfriend

Or even if she’s way out of your league in terms of looks, then you want to check out this link right here.

This is a special presentation I put together for you that will show you step-by-step how to get a girlfriend and how to create the sex life you want with the girls you want.

With the exact kind of girl that you deserve.

An Easy Pick Up Formula To Attract Younger Hotties With Frames, Threads, and Nonverbals