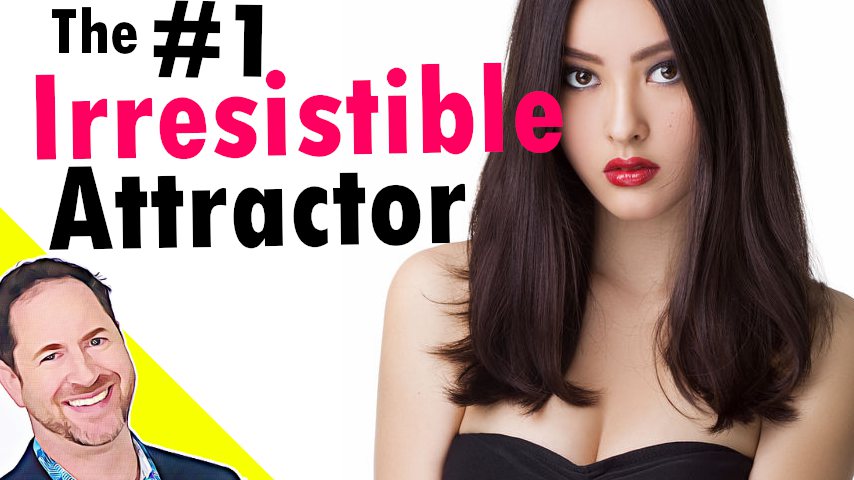 Hey, it’s Jesse here! What I’m about to tell you might shock you but for sure it will completely blow your mind.

And at the same time will give you new insights into how to get every single girl you want, with something girls find irresistible in a man.

So that regardless of your age, your income, skin color, or your background, you’ll have the hypnotic power to draw girls into your world.

And if you’ve ever felt like you’re constantly stuck being the “nice guy,” and women don’t pay you the attention you deserve, then this is for you.

Now, you can present yourself to women in one of two ways: either as the provider boyfriend or the exciting bad boy.

Most men go the provider path.

As a provider, you signal to the girl you’ll invest a lot of attention, time, and resources into wooing her. You listen patiently to all of her problems. You take her on many dates and expensive dinners. You shower her with gifts and little favors hoping to impress her.

You logically give her reasons why she should like you. You tell her what a great guy you are. You let her know what an awesome job you have, and how much you love kids.

You may hide your true intent that you want sex with her, pretending that things are platonic but secretly scheming about how to get her.

Over time, through repeated close proximity with you, the girl becomes increasingly comfortable and familiar with you.

Over time, she grows mildly attracted.

This is exactly how I pursued women back in my college days.

I’d hound girls. I’d stalk them. I’d buy them flowers. And I’d think up ways to impress them.

And this courtship process can take months, or even years as the girl tests your loyalty and provider traits to make sure that you are the real deal.

This is how 99% of men go about getting a woman.

And Hollywood movies and mainstream dating advice would have you believe,

“Get better grades in school. Work hard at your job. Keep your hair nicely cut. Take a woman out on a nice date. And don’t worry. It will all work out in the end.”

“There’s “true love” and a soul mate for everybody, including you. A pretty, sweet girl is waiting for you at the other end of the rainbow. Just be sure to buy her a big fat diamond ring and a glamorous car if you want to keep her!”

Of course, a lot can go wrong!

You can spend months or even years wooing a girl only to end up “friend zoned” by her in the end.

It can be almost impossible to hard to pull off.

Often you must win the approval of not only the girl, but her friends and her parents and her siblings as well.

Your competition is fierce. Every other guy is also competing with you on looks and money. You can easily lose the prettiest girls to a richer or to a better-looking guy.

And there will ALWAYS be another man who is richer and better looking than yourself trying to snatch her away from you.

So, what you typically see is that the prettiest girls in their prime years, from 16 to 26 ride the cock carousal of fun bad boys and then only settle down to find a provider guy in her 30s…

Once she feels the party is over…

Once she feels her looks are slipping away…

Once she feels she needs a “safe guy” to start a family with.

We all know where mainstream dating ultimately leads to—a thirsty desert of loneliness, and terrible dates.

Men end up sleeping with just a handful of women in their lifetimes and typically with mediocre and average-looking girls.

A man turns to game and cold approach to escape all the dating traps.

Through game, he’s promised a harem of hotter, tighter girls.

But it almost never works out.

Because he tries to run game as the “nice guy.”

He doesn’t change at his core. He’s still the “provider” nice guy at heart, with just a thin veneer of game sloppily slapped on top of it.

Sure, he’ll approach the girl.

He’ll hit her with a few attraction-sparking lines.

But the conversation is still sweet and flowery, very friendly and chatty. He can’t stop smiling, and he has trouble making eye contact.

He’s still hiding his dick, pretending he just wants to chat like a friend. He refrains from escalating or taking risks. He deflates the sexual tension in order to be likable.

There’s lots of friendly compliments perhaps, but it lacks teasing and challenging.

The girl is confused about his intentions.

He’s qualifying himself on how interesting his life is and what a high-quality man he is.

You see, most game you’ll find is still the man auditioning for the role as the provider boyfriend or the man wanting approval.

Everything he’s doing is still putting him into the boyfriend box.

He ran away from the traditional dating game, but at heart not much has really changed.

Mind you, flowery-type game CAN work.

You come across as auditioning for the role as provider boyfriend, and you’ll find some girls WILL still give up their contact details.

But the downside to the friendly approach is that you don’t get laid much.

First, you’re in the mindset of wanting approval and impressing the girl, which creates MASSIVE levels of approach anxiety.

You end up chickening out of dozens of approaches. The whole process feels exhausting and stressful, and you give up.

Second, girls who want casual, consequence-free sex will screen you out.

Girls looking for adventure sex or risky sex won’t be interested. And dissatisfied girlfriends, who risk tarnishing their public reputation, won’t play with you either.

Third, even when a girl is interested enough in meeting up with you…

She’ll slow date you to audition you as the boyfriend over a period of many weeks and months.

Fourth, you’ll also find lots of dates go nowhere because her shopping list for a boyfriend is LONG.

And she has an equally long list of eager suitors for that job.

And fifth, when you finally sleep with the girl, she gets hurt.

You pretended to be her boyfriend or a “great guy.” And after you sleep with her, you back off from her and create distance.

You created false expectations to get her into bed. You feel like a manipulative scumbag, and the girl feels burned.

No wonder so few guys stick with game!